Welcome to the Eternal City of Rome. It is called the eternal city because the Romans believed that Rome would go on forever, no matter what events unfolded in the world. Empires have come and gone, and indeed, Rome is still there and remains to be a major tourist destination in Western Europe.

A visit to one, or several of her iconic landmarks, becomes a history lesson on her imperial past - life in ancient Rome. 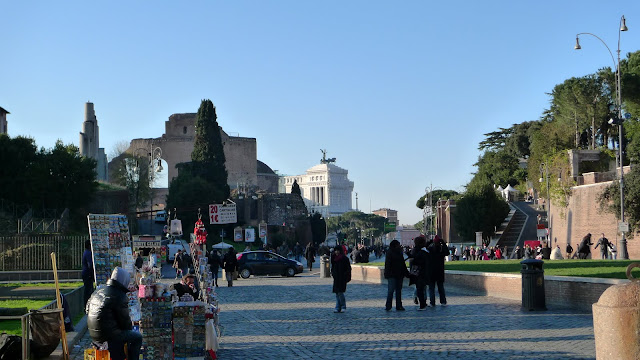 She rose to become an imperialist and became the great European Empire, with most of continental Europe, Britain, and extending all the way to northern Africa, western Asia, and the Mediterranean islands. Among her legacies are the spread of the Latin-based languages - Italian, Romanian, French, Spanish and Portuguese; the western alphabet; the calendar; and the rise of Christianity.

There is an expression that says "All roads lead to Rome." As she conquered the world, the road system of the Roman Empire led to Rome, which was located of the center. In common parlance, it now means that there are different ways to reach the same goal or achieve the same results.

Having gone through a prosperous age during the Renaissance and the Dark Ages, her decline came about by the 5th century A.D. 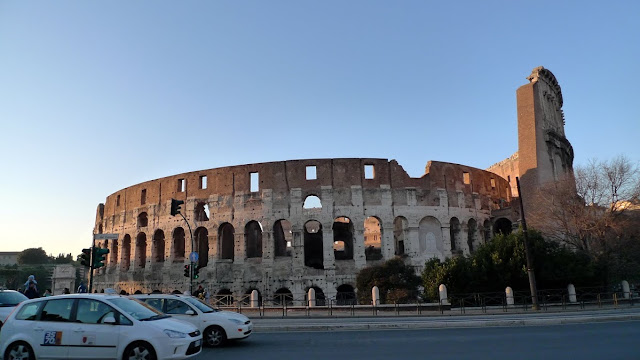 One of the most visited iconic landmarks in Rome is the Colosseum or Coliseum. It is known as the Flavian Amphitheater. It was built around A.D. 70-72 by Emperor Vespasian from the Flavian Dynasty as a gift to the Romans. In A.D. 80, it was opened by the emperor's son, Titus, with a schedule of a hundred days  spectacles a  year.

It was the largest coliseum in the Roman world, measuring 190 by 155 meters. It was built as a freestanding amphitheater made of stone and concrete. The exterior had three stories of arched-entrances that were supported by semi-circular columns. 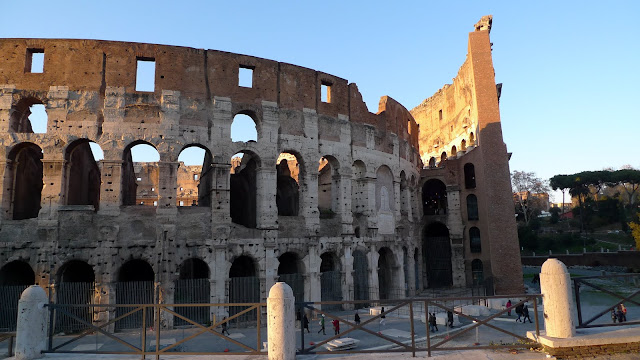 There were a total of 80 entrances, through the arched columns in the three stories, supported by half columns as described above. On the bottom columns, the Doric style was used, followed by the Ionic on the second tier, and the most ornate - the Corinthian order was used on the third set of arches.

The colosseum was designed to have a capacity for more than 50,000 spectators. Seating for the spectators were arranged according to social standing. The slaves and the women were relegated to the upper bleachers. Senators and priests, vestal virgins, and priestess of Vesta sat around the arena floor. For the editor - the one who organized and paid for the games, who is usually the emperor, a special imperial box was prepared at center on the northern side of the stadium.

There were awnings that were rolled out from the top story to protect the spectators from the sun during showtime.

But it is a history with a tumultuous past. The spectacles that took place there included gladiatorial combats, wild animal fights, and even mock naval engagements - these were the sources of entertainment for the Romans. 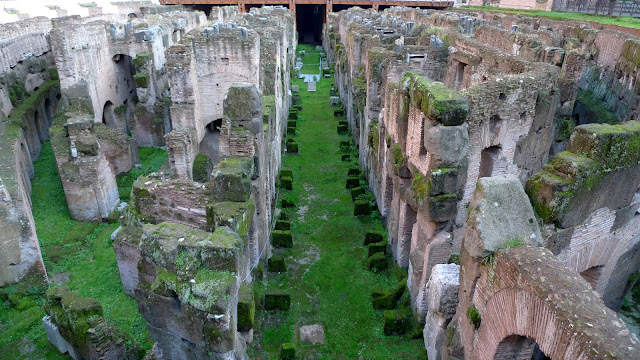 These were the quarters below the arena floor. It was here that the gladiators lived or were imprisoned. Somewhere here, the wild animals were caged.

Imagine the crowd in a thunderous cheer for the winner of a gladiators' fight, or an uproarious clamor for the gladiator to fight while standing before a wild animal, roaring and ready to devour him, as he figures out how to save his life. The gladiators were men and women who were slaves, condemned criminals, or prisoners of war.

After four centuries, the colosseum fell into disuse. There were struggles that the Western Roman Empire faced and the appetite for these types of public entertainments changed by the 6th century A.D. 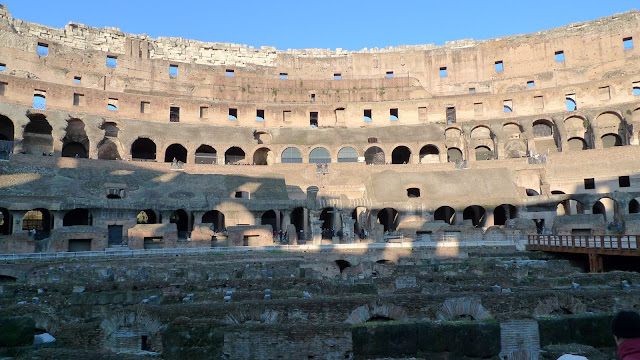 Visitors get to see about one-third of the original colosseum that still stands today. 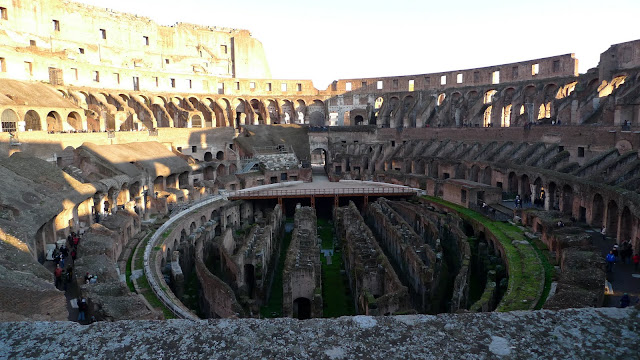 In time, the arena floor deteriorated and was damaged by lightning and earthquakes. 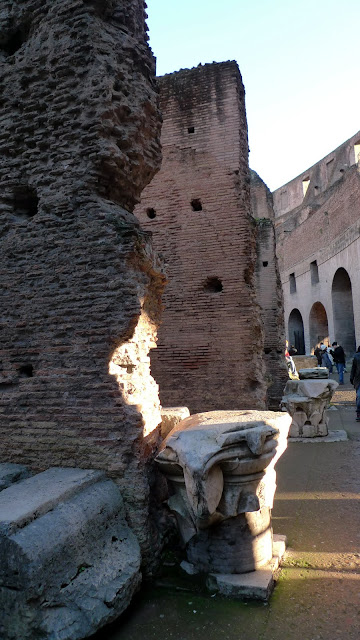 Broken Corinthian capitals that once rested on the tops of the columns now sit on the ground. 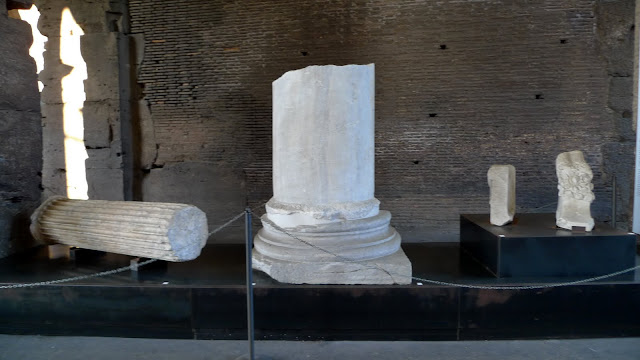 Examples of the column designs, now on display. 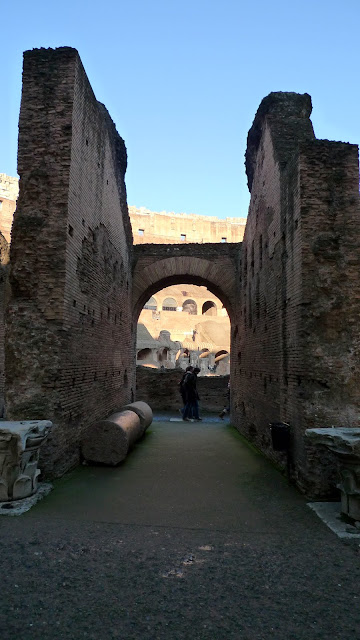 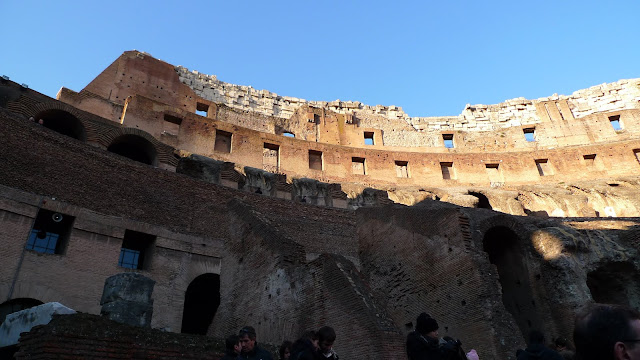 Notice the missing stones on the top of the amphitheater

When it was abandoned, it became a source of materials - a stone quarry for other building projects, among which were the St. Peter and St. John Lateran cathedrals; the Palazzo Venezia, defense fortifications along the Tiber River. 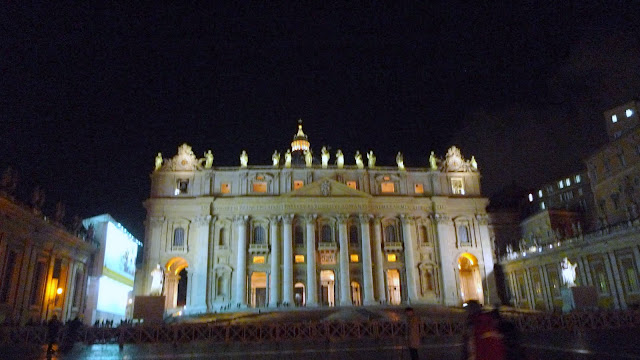 St. Peter Basilica at the Vatican 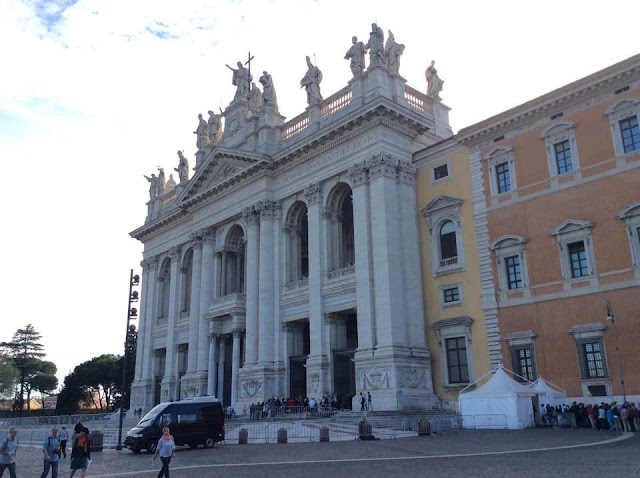 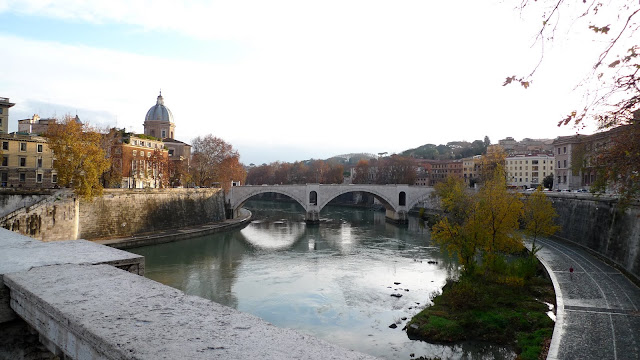 A view of the Tiber River

During the  18th century, several popes sought the conservation of the arena as a sacred Christian site. Though it has not been documented, it is believed that some Christians suffered their martyrdom there. 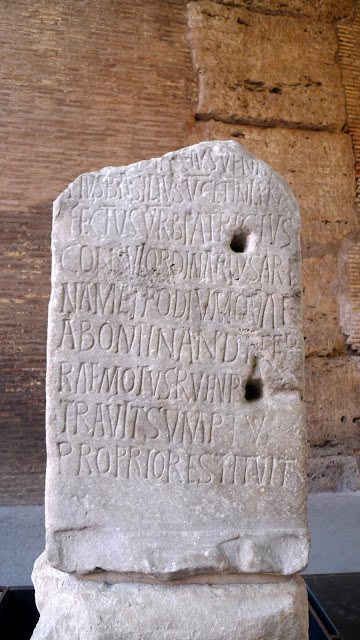 A stone slab with Roman inscription 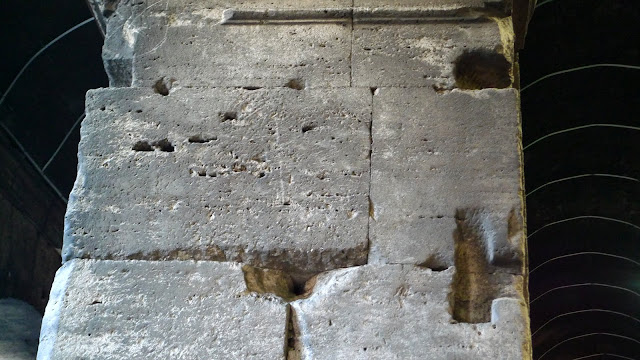 Type of stone material used in the building of the colosseum 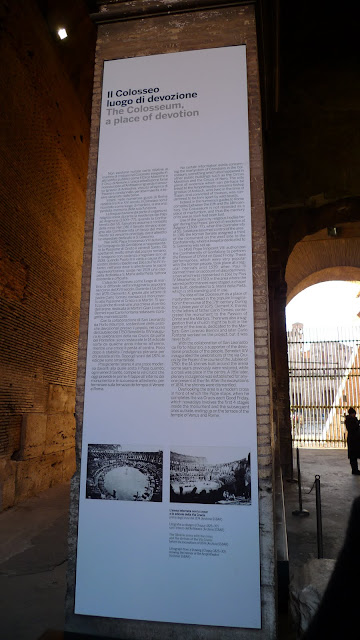 Before the 1834 excavation, the colosseum was used to celebrate Christian practices, like the Way of the Cross. 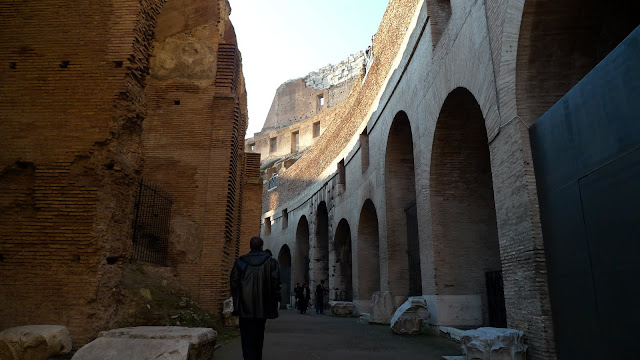 Renovated quarters, once under the arena floor.


By the 20th century, natural disasters, vandalism and neglect had destroyed almost two-thirds of the colosseum. Restoration efforts were began in the 1990s, and continues to this day.

As the saying goes "When in Rome, do as the Romans do!"