Our first destination out of the train station in Strasbourg, when we were headed to the Christmas market,  was to go to a church which we spotted from not too far. This turned out to be the Eglise Catholique Saint-Pierre Le Vieux (The Old Church of St. Peter).

It was one of the parish churches in Strasbourg during the Middle Ages. As it turns out, it had an interesting and unique past, and continues to be a church, simultaneously, for use by the Catholics and Protestants to this day.


As early as 718, the brother of St. Odille - Duke Adalbert of Alsace, had built St. Stephen's Abbey in Strasbourg. Four years later, he had another abbey built for the monks - the Abbey of Honau, in an island on the Rhine in Northern Alsace. The first abbot was Benedict ( aka Benoit). The abbey, which was founded by Scottish and Irish monks in the 8th century, was dedicated to St. Michael the Archangel.

The Abbey of Honau, was devastated by flood-waters and was moved to Rhinau in 1290 by the Bishop of Strasbourg - Conrad de Lichtenberg, where a new abbey was built.


The Chapter of the Abbey of Honau - which was located at Rhinau since 1290 - was moved to Old St. Peter's church  in May 1398, because of the second flooding in Rhinau, until 1790. The Chapter was not allowed to use the church when the Reformation came about from 1529 to 1683.

When Strasbourg joined the reformation, on February 20, 1529, the church became Lutheran. There was a campaign to have Protestant services in all the churches in Strasbourg by Martin Bucer, along with the other reformers. But as early as 1525, the city council had voted that the celebration of the mass was to be retained in several churches, and among these was the Eglise Catholique Saint-Pierre Le Vieux. There, a middle school was opened in 1535, with emphasis on learning Latin.


Two years after the annexation of  Strasbourg  to France in 1681, King Louis XIV, ordered that part of the church be returned to the Catholics. A rood screen was built to divide the church, where the Protestant services were to be held in the nave. After centuries, a door was opened in 2012 on this dividing wall.

The Catholic Church as it is Today 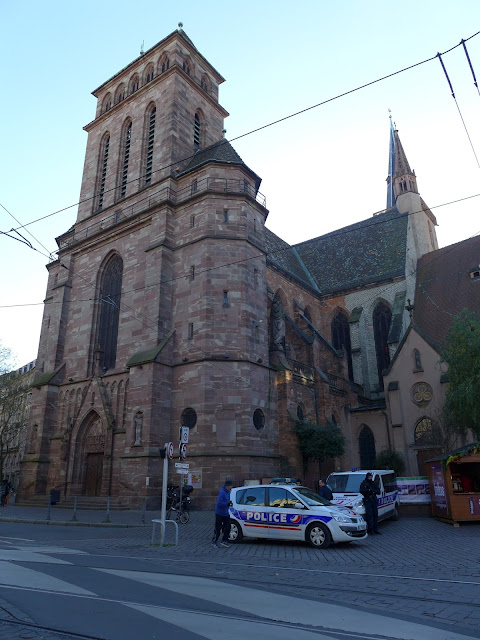 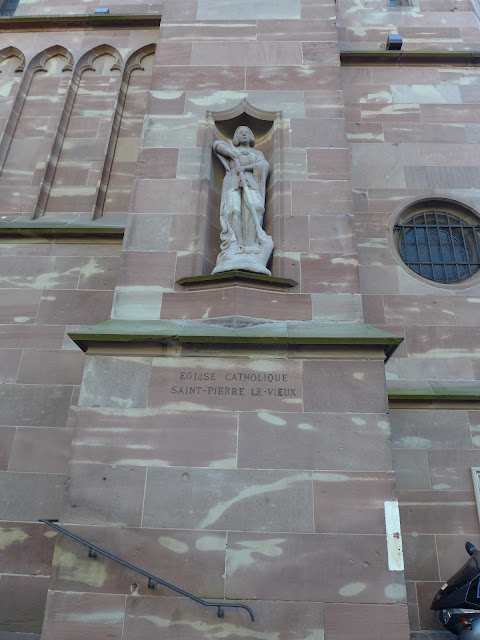 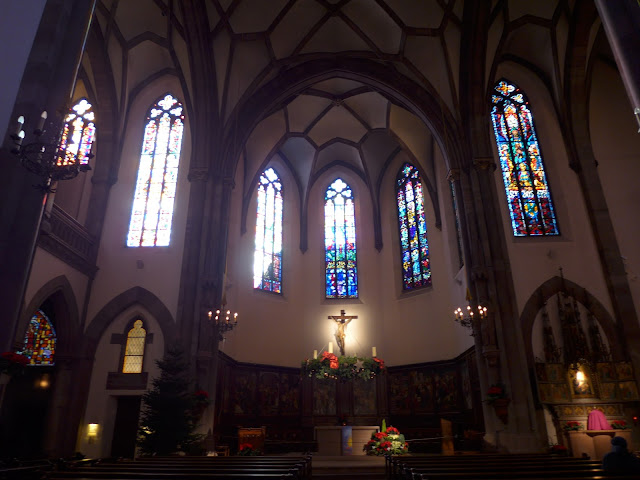 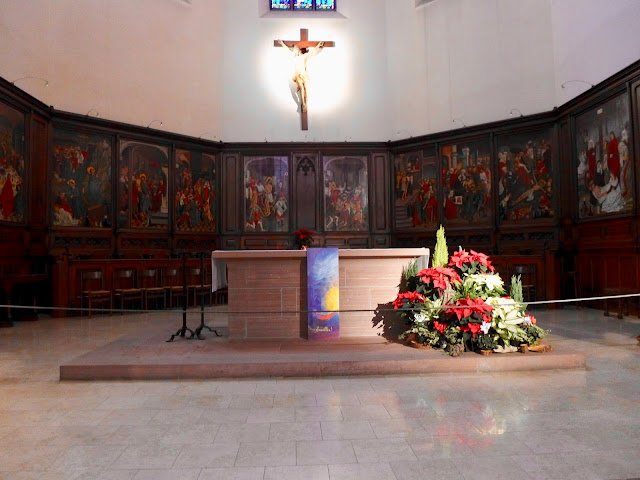 Paintings by Heinrich Lutzelmann (c. 1485) serving as backdrop behind the main altar 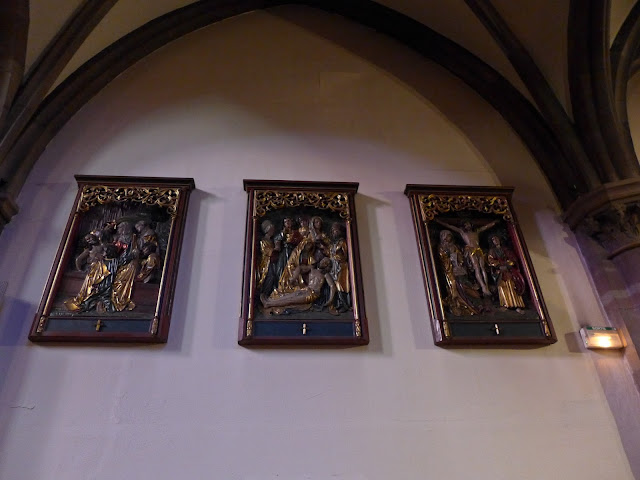 Back in the 19th century, the Catholic part of the church was extended under the design-supervision of architect Conrath in 1867. In it are the relics of St. Kildare and works of art such as the "Passion of Christ," a series of 10 Gothic paintings by Heinrich Lutzelmann (c. 1485), a series of 4 unfinished early Renaissance or late Gothic wood reliefs depicting  the life of St. Peter (c. 1500), and four paintings depicting " Scenes of the Life of Christ after the Resurrection."


The Protestant part of the church has a collection of notable works of art, as well, among which is a Renaissance wooden-relief of of the "Holy Family by Hans Wydyz (c.1520s). 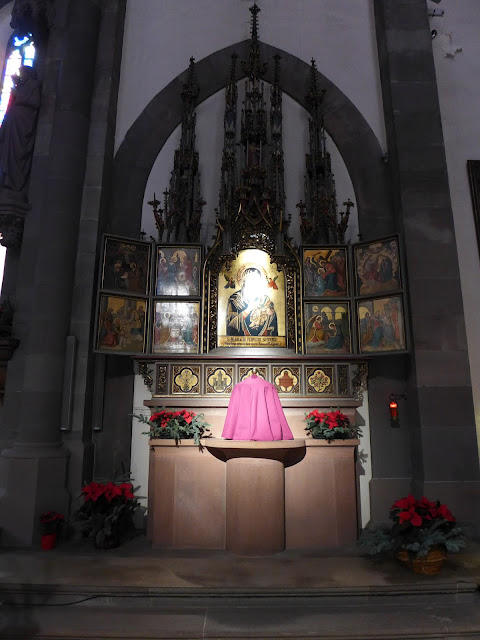 Chapel of of Our Lady of Perpetual Help 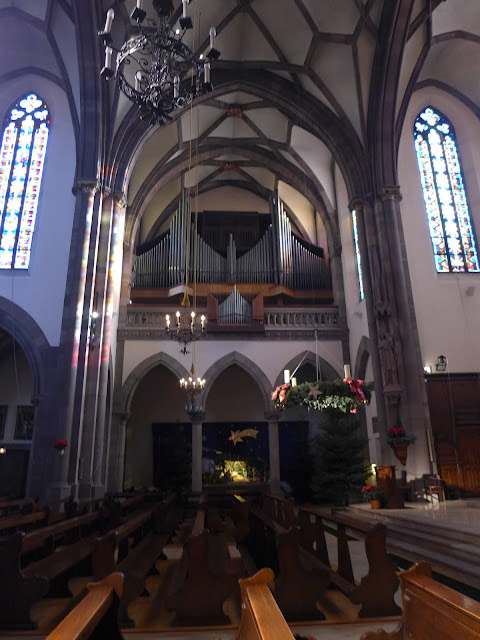 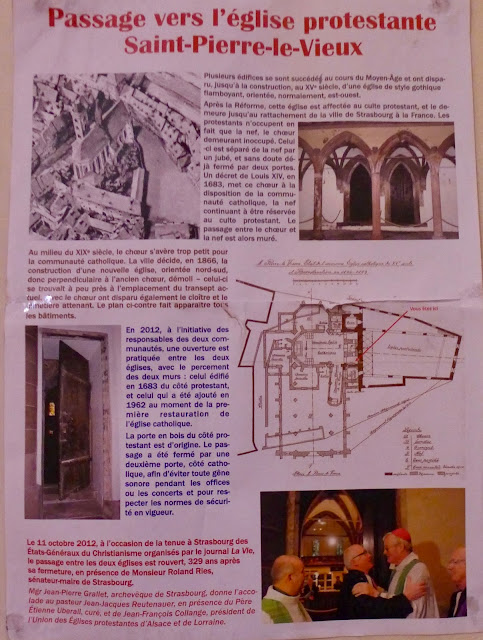 In 2012, the original wooden door was opened as an entrance to the 2 sections of the church. 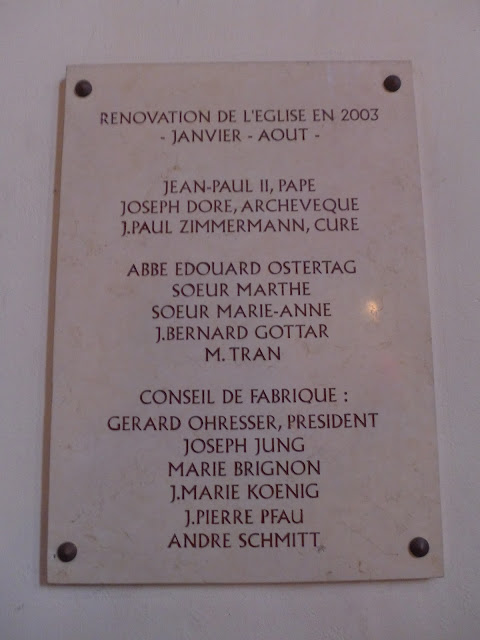 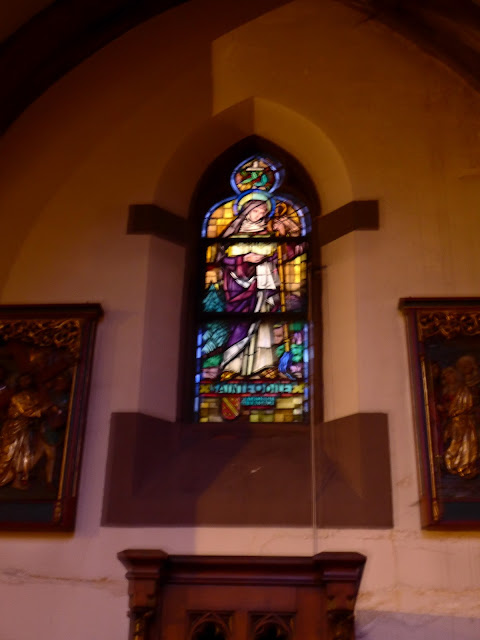 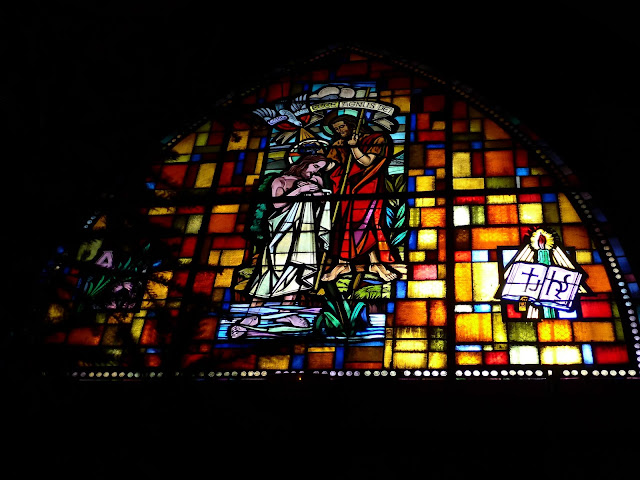 Stained glass window depicting the St. John the Baptist baptizing  of the Lord in the Jordan River 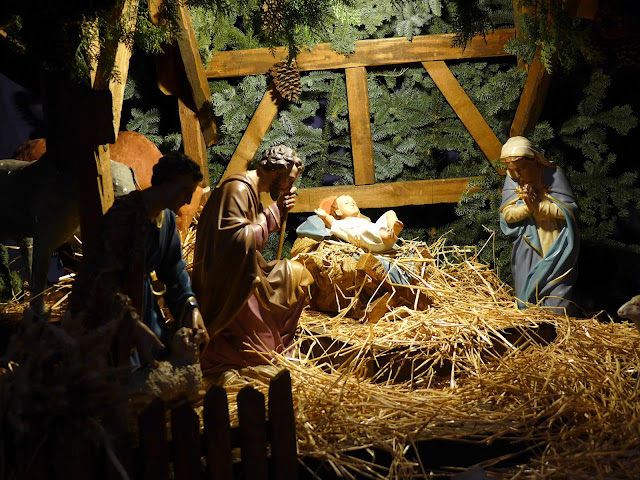 The Lutheran side of the church is owned and continues to be used by the Protestant Church of Augsburg Confession of Alsace-Lorraine.