Christmas Market in Colmar: Hansi - an Artist from Colmar

Among the discoveries we made while walking the streets of Colmar, were a store next to the  Museum of Hansi and the museum itself. Hansi, a pseudonym, was Jean-Jacques Waltz, a famous artist. 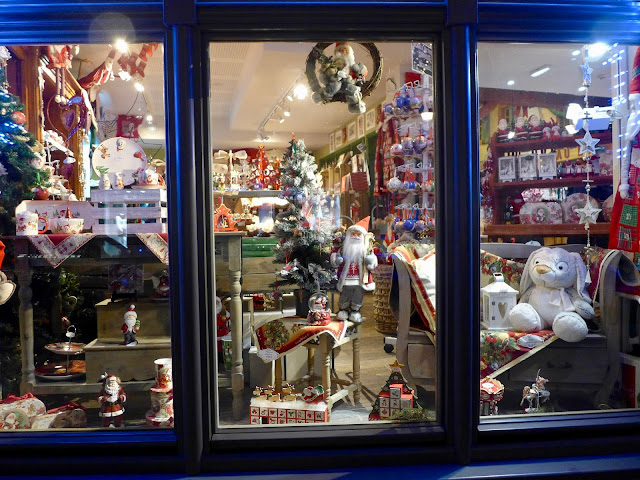 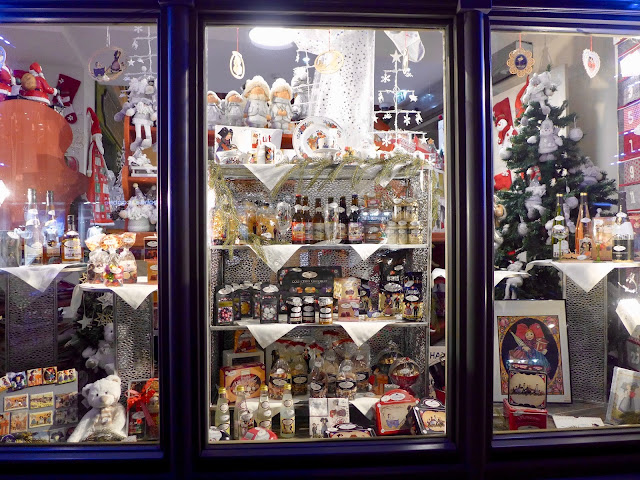 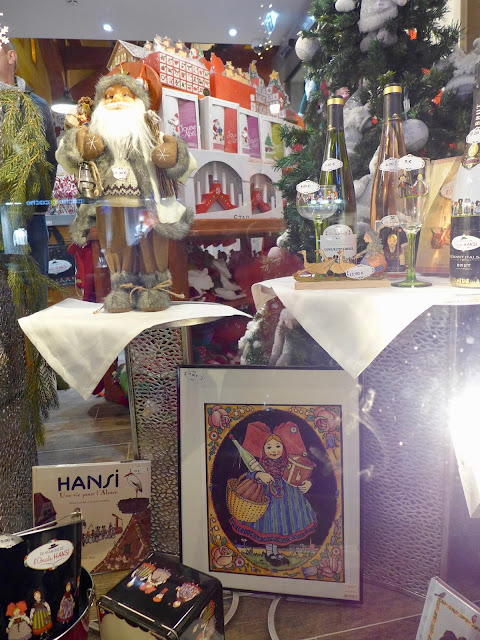 It was this print of the little girl that caught my attention, on the show window. 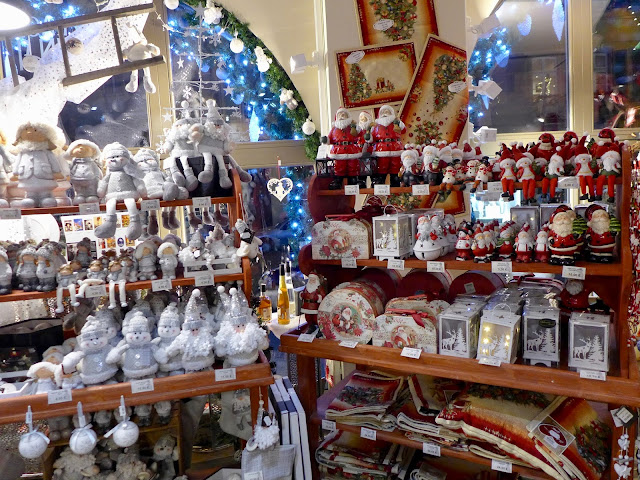 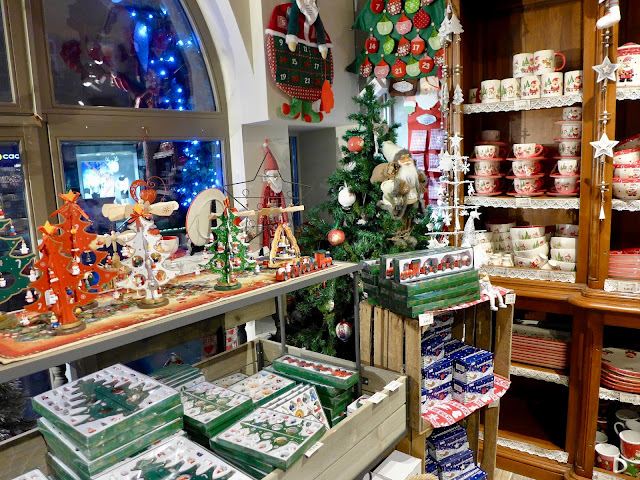 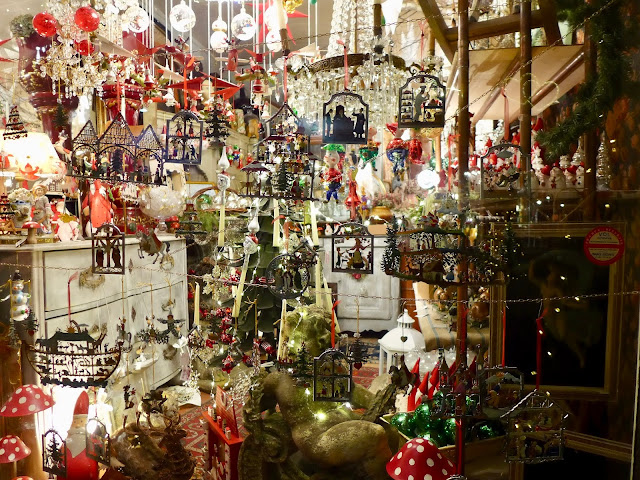 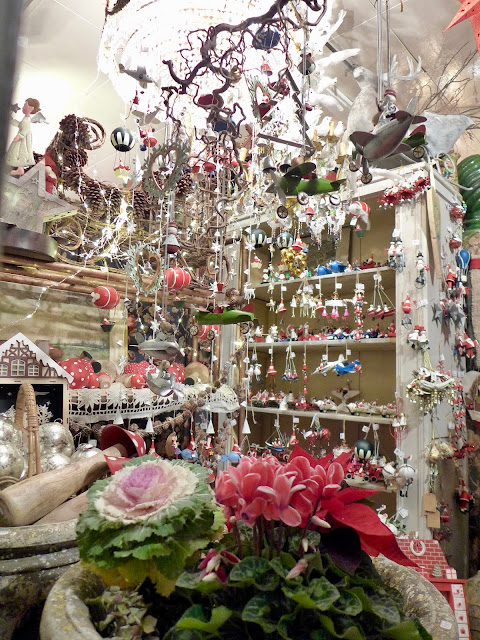 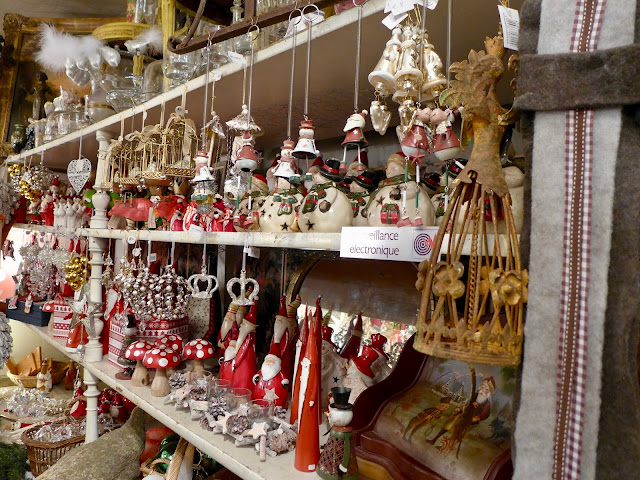 Some unique gifts and souvenirs

Jean-Jacques Waltz was born on February 23, 1873. Colmar at that time was part of German Alsace. While attending the Reichsland school, he showed promise as an artist. He went on to attend the Ecole des Beaux Arts in Lyon, leading on to a career as an industrial draftsmen. He worked as a draftsman in textile industries in Cernay, Mulhouse waterforteand Logelbach, at the same time he was  to improving his painting technic.  He dabbled in watercolor.

Among his first designs were found in postcards that were released in Austria and Germany. In 1896, Colmar became part of his scene. He met some Alsatian artists from Strasbourg - Bartholdi, Spindler, Schnug, Loux, Hornecker, to name a few, and soon he began to collaboratee with them in doing events. As a result of the, he started to be known in Colmar.

In 1907, he started to publish his works under a pseudonym, Hansi. His work, entitled Vogesenbilder (Images of Vosges) was quite successful. This was a series of boards - of maps and landscapes, that were published by Max Wettig. Up to 1914, his literary works were being published. one of them was Professor Knatsche - an anti-Germanic satire. Because of his anti-Germany messages in his works, he received several convictions before the German courts. 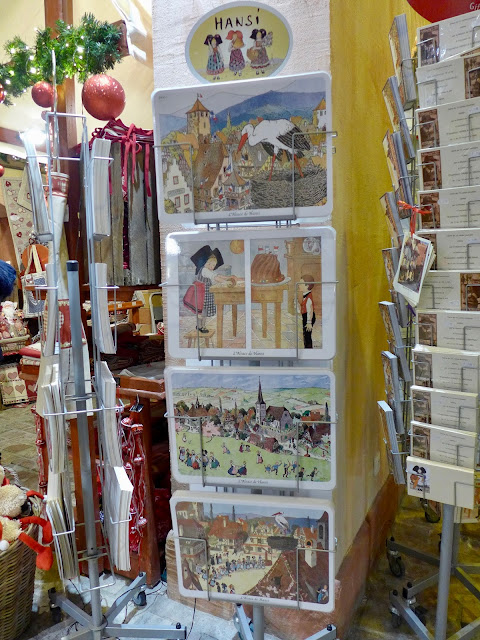 In La Cigogne - a magazine, he contributed his postcard designs of Alsatian children in in their local landscape. This was seen as a symbol of the Alsatian resistance towards Germany as he used them as a vehicle for the graphic expression of his sentiments.

In 1914, Hansi enlist in active military service with the French army. After the war, he published some illustrated books, though they did not do as well as his first works. Some of the illustrations have been reproduced in postcards. 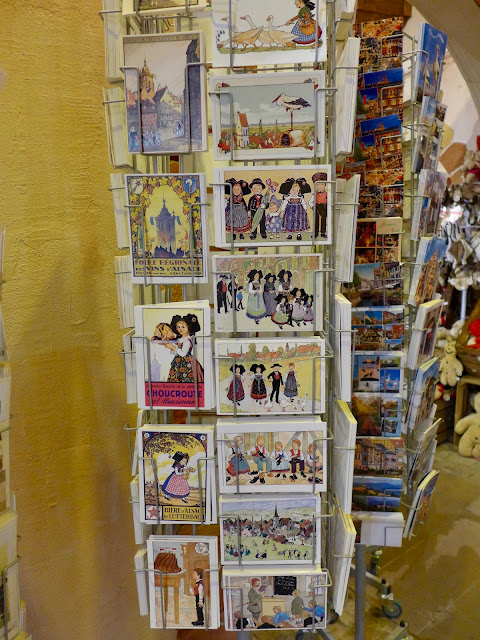 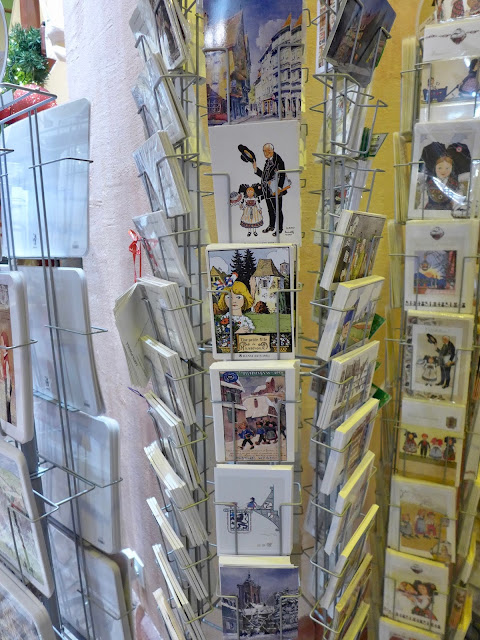 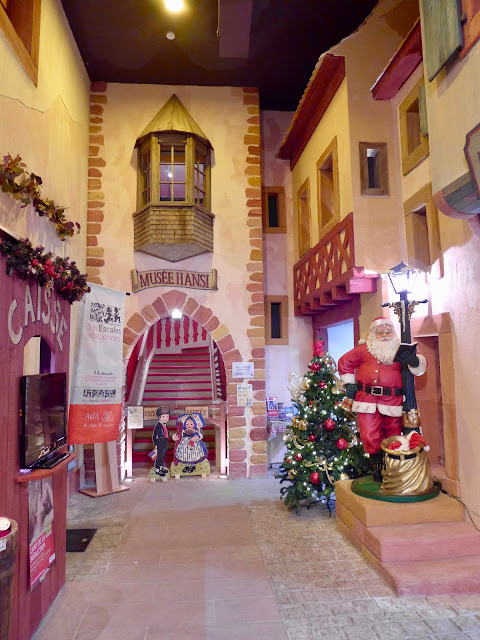 Though, the museum was already closed by the time we got there, we saw some of his designs in this area - in a passageway. it would have been nice to see his original artworks.
Here are some of them, in posters: 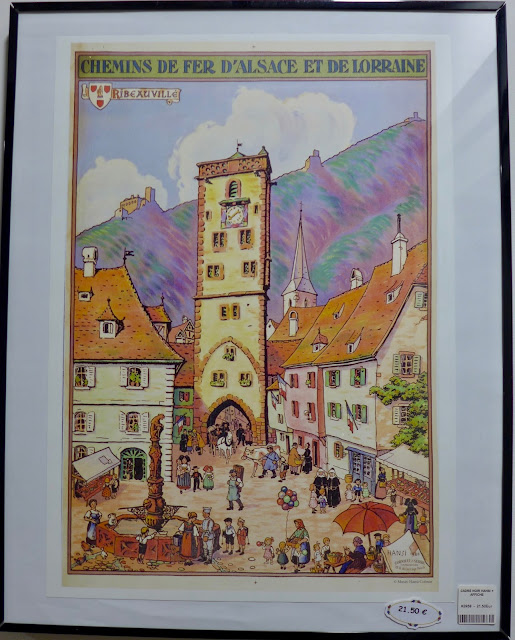 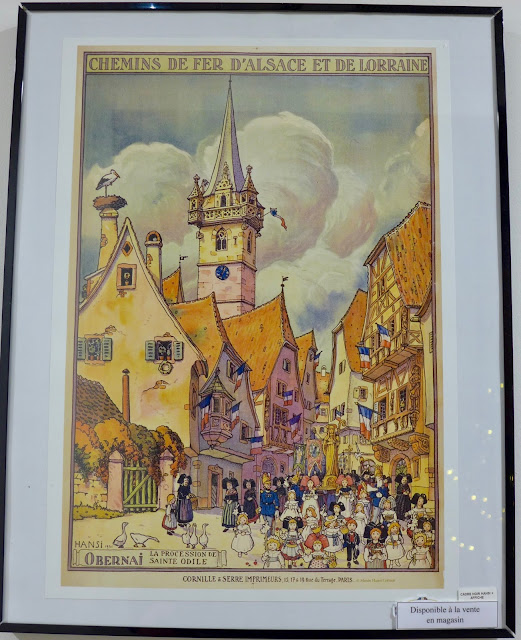 Posters he produced for the Alsace and Lorraine railways 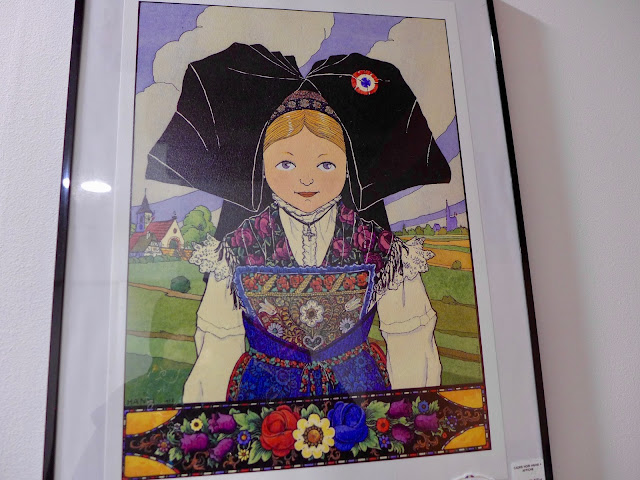 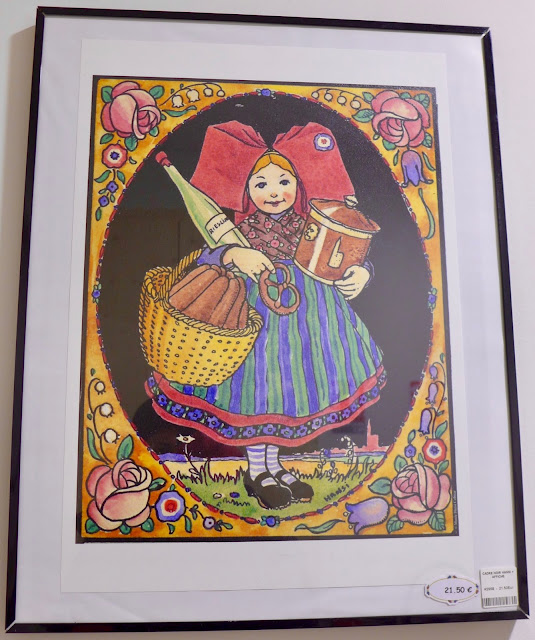 A depiction of the little girls in their Alsatian clothes