Driving around the places we visit surely gives us a view of the countryside and experience country life. Around France, the expressways are well organized with exit announcements that could lead you to quaint, historical, and interesting places. How tempting it can be to stop when something interesting shows up along the way. 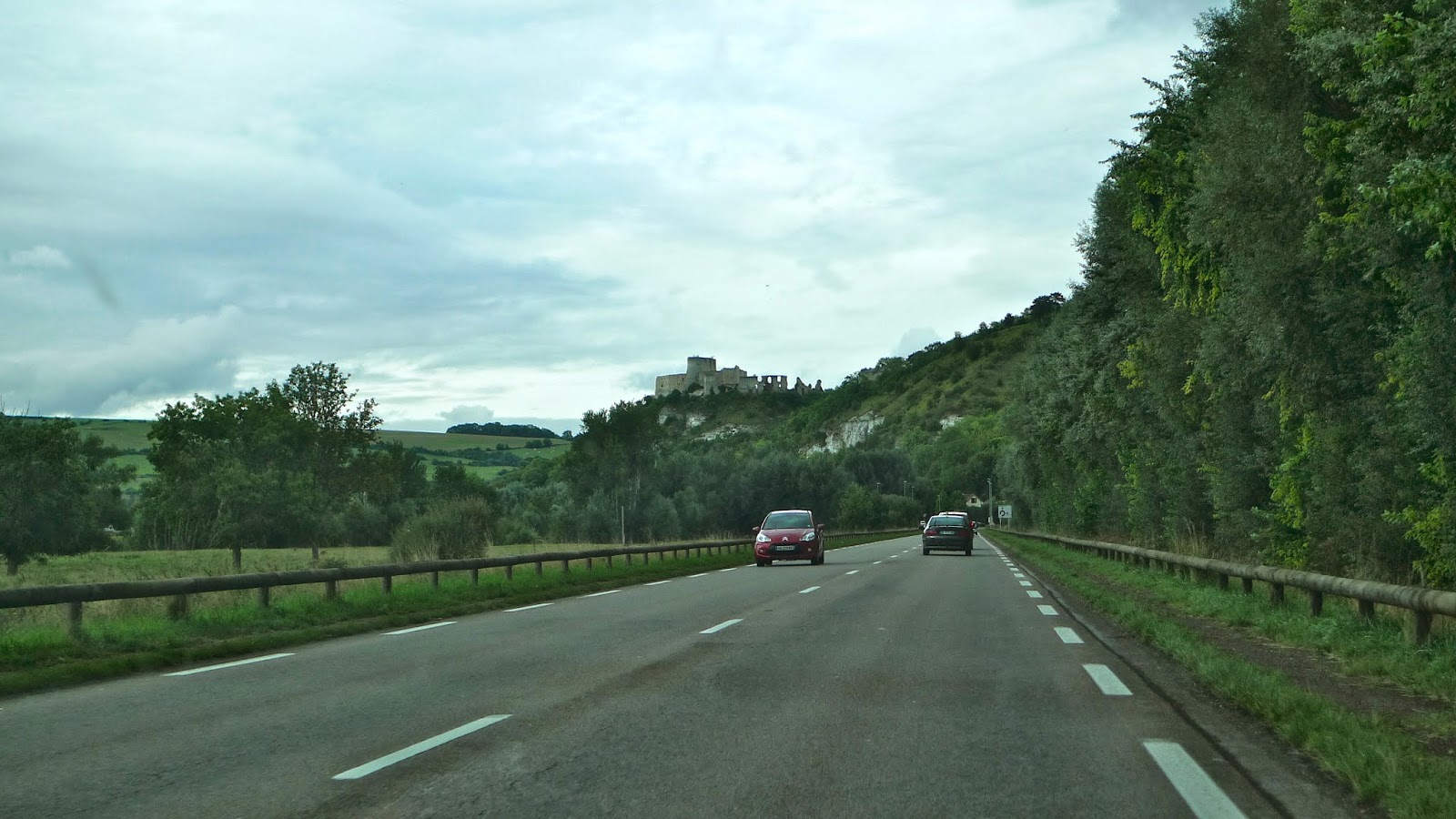 On a trip to Normandy, we caught a view of a ruin that stood out in the horizon, so we exited to take a closer look. This is the commune of Les Andelys. What started out as two fishing villages known as Gran (Great) and Petit (Little) Andelys grew over the centuries to become the present town of Les Andelys. 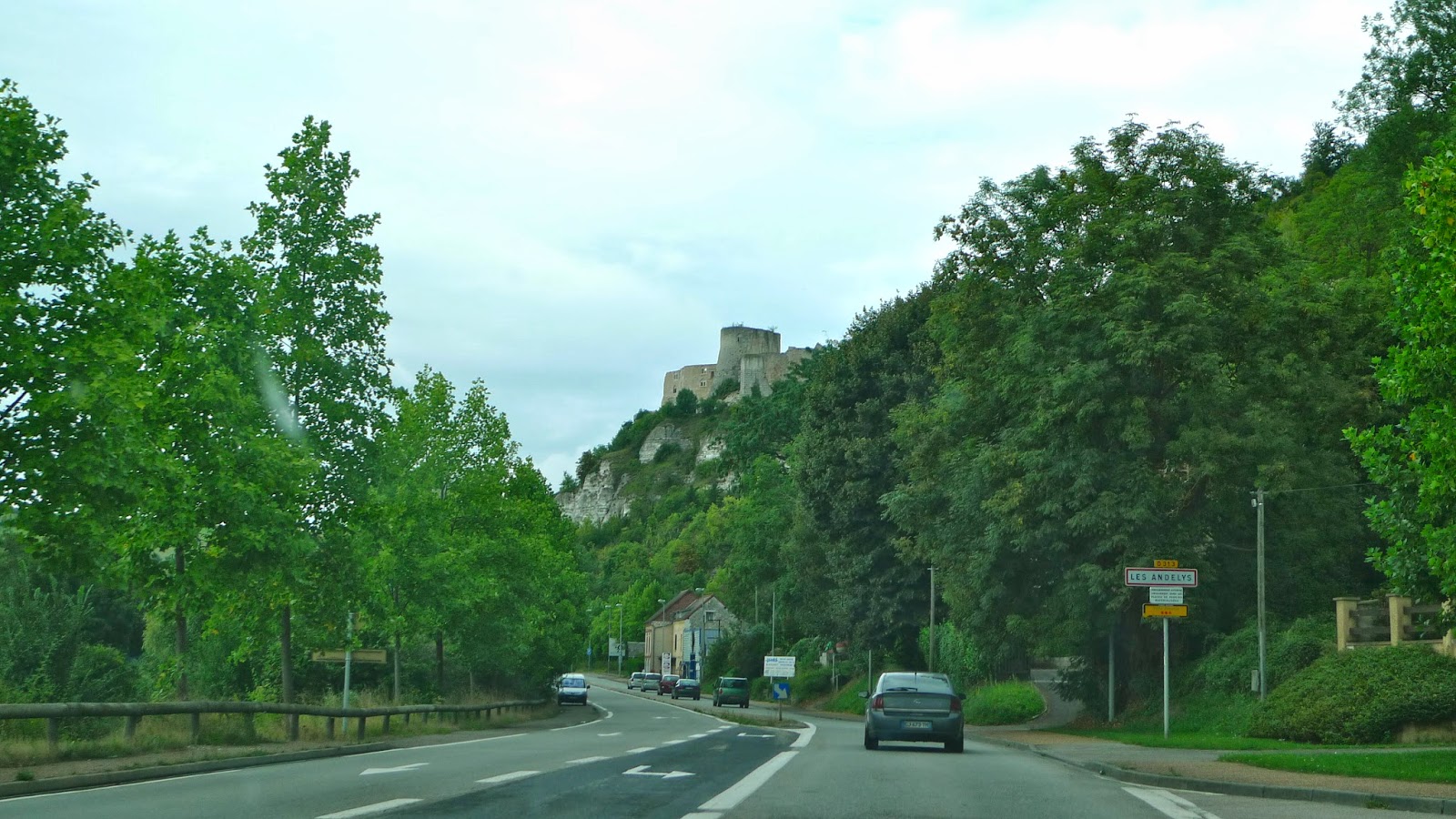 Atop the hill is Château-Gaillard. Under the auspices of Richard the Lionheart - who also happened to be the king of England and a feudal duke of Normandy from 1189 until his death - construction began in 1196. It took just two years to build it, as the town of Petit Andelys was also being developed.

Its complex design used the "early principles of concentric fortification." It had three enclosures that were separated by moats, with a keep - a fortified tower - at the innermost enclosure. This fortress became a masterpiece in military architecture, at that time.

One of its defense features was the use of micholation - a floor design where openings were made between the supporting corbels (structures jutting out from the wall to support a balcony or wall above it), from which stones and other objects could be dropped on attackers making an attempt at the base of the wall. This is what is known as a micholated battlement. This stone battlement was fireproof. When made out of wood, it was called a hoarding. 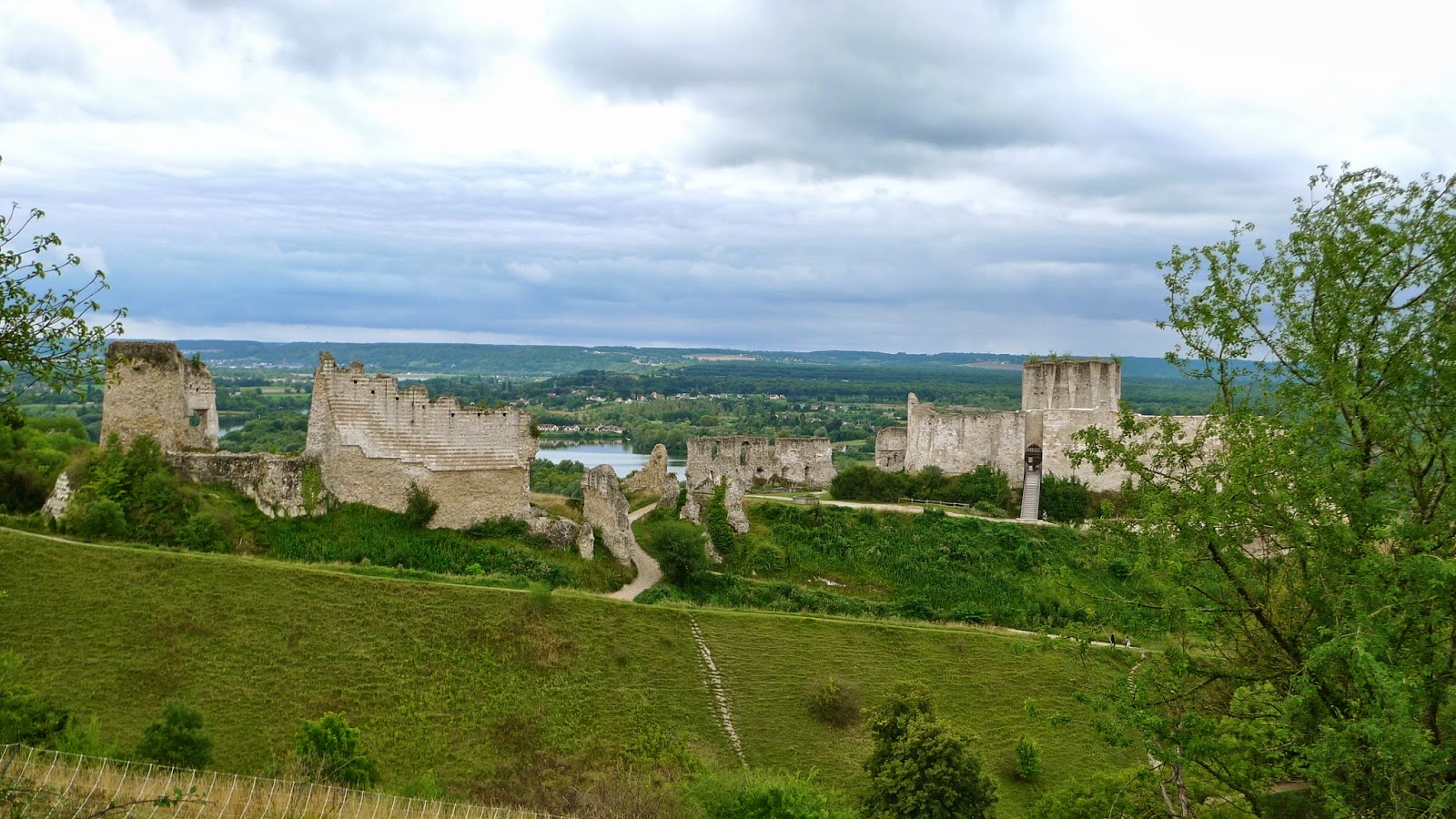 Situated on a bend in the Seine River, this chateau afforded the king not only a beautiful view of the surroundings, but it was also an asset to developing defense strategies against invaders during the Gallo-Roman times. 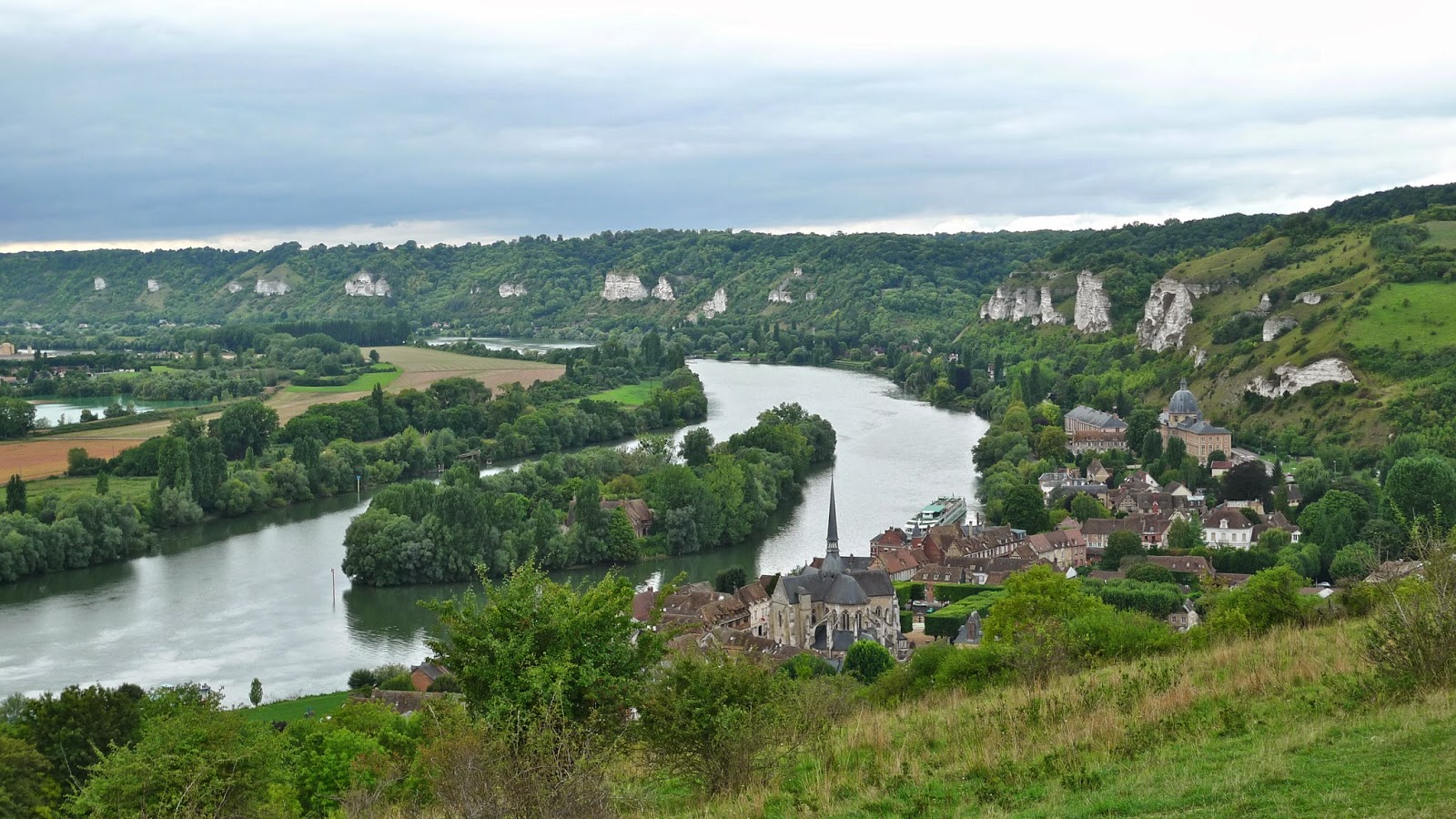 Now in ruins, it was once a medieval castle with a commanding view of the Seine River. This was, always, of great interest to the French crown as it had access to the sea.

It is located in Haute Normandie (Upper Normandy), about fifty-nine miles northwest of Paris, and forty Kilometers from the capital city of Normandy, Rouen. 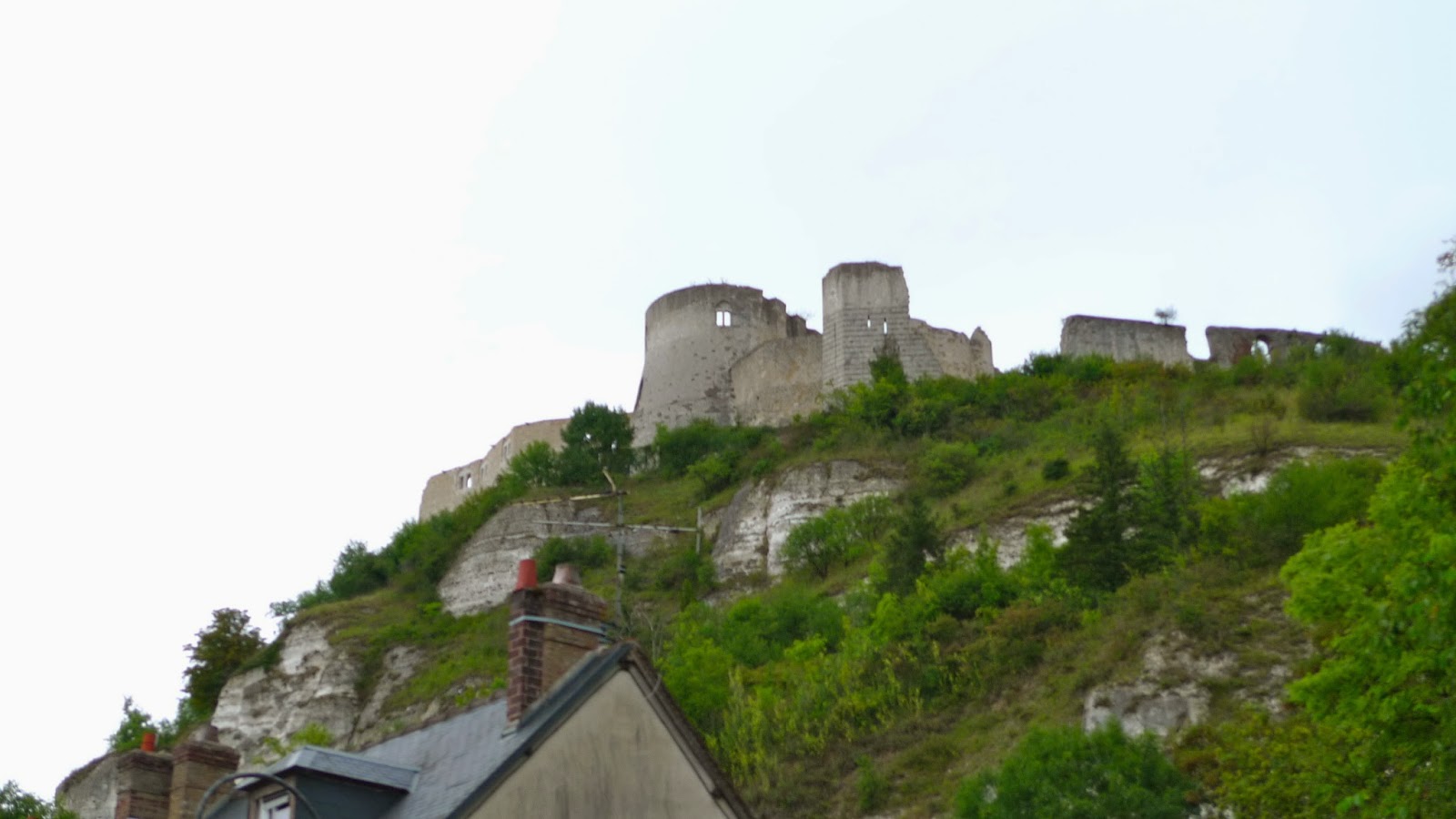 Once, they were allies - as they had gone together on the Third Crusade and teamed up against the father of Richard, King Henry II of England - Château Gaillard was captured by the French king, Phillip II (Phillip Auguste) from the Angevin power held by the English monarchs  - with Richard the Lionheart as one of them - in 1204, during the Hundred Years War. 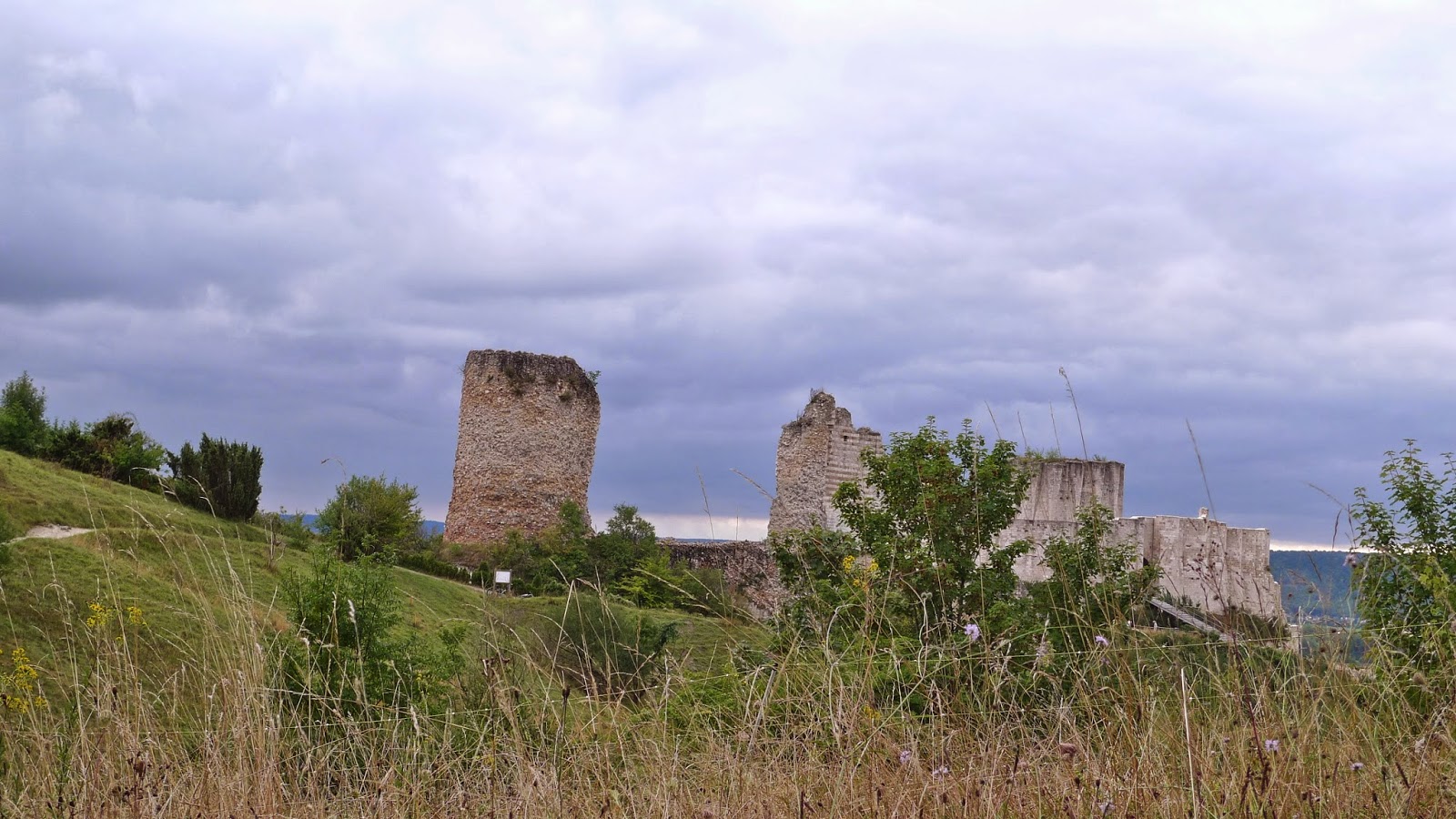 Eventually, when progress in artillery were made, this castle became obsolete in terms of being a strategic, military fortress, and soon, it was abandoned.

As part of the opening celebration, a medieval fair is being organized by the Companions of the Star and the Heirs of Château- Gaillard. There will be  a medieval encampment to showcase the life of the fortress, with demonstrations of fighting and explanations about medieval life from the 13th century. Guests will even be allowed to try out the equipment and check out other things from that period.

Here is the 2014 schedule for Château- Gaillard: March to October

Don't forget to try out the food prepared on the grounds, and the desserts, too! Bring home a souvenir or two as there will be artisanal confectionery and crafts. Avoir un temps agréable!