Tet Festival 2014 - Celebrating the Year of the Horse, Vietnamese Style

The Union of Vietnamese Students Association of Southern California, comprised of student unions from different colleges and Universities, host the annual Tet Festival, bringing members of the Vietnamese community and other guests - both local and international, to get together for a three-day celebration to welcome the lunar year. In the past, the Tet Festival in Southern California was held in the city of Garden Grove. This year, a change in venue came about and it was held at the Orange County Fair & Events Center from February 7 - 9, 2014. 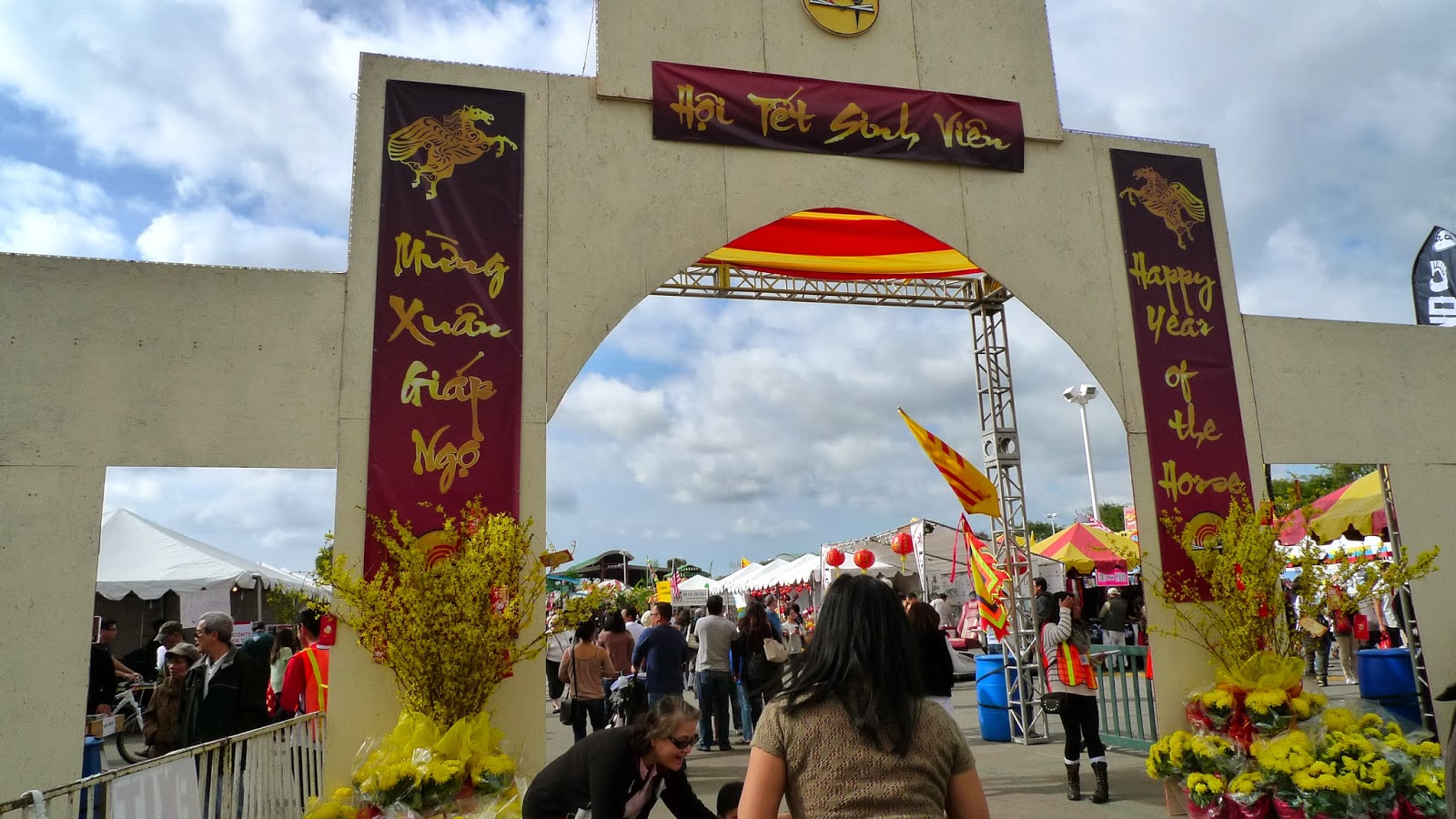 I, along with family and friends attended this event and had a wonderful time celebrating the Chinese new year - the year of the horse, Vietnamese style.

The Tết Festival, a shortened name from Tết Nguyên Đán, is the biggest and most important celebration in the Vietnamese culture. Translated as "the first morning of the first day," this is a practice with a Chinese connection - a celebration of the arrival of spring according to the Chinese calendar, falling anytime between January and February, and coinciding with the Chinese new year. In Vietnam, it is a three-day celebration from the first day to the third day in the Vietnamese calendar, calculated on the rising of the new moon.

For this special occasion, the first thing to do is to clean the house, then prepare the holiday dishes like bánh  bánh chưng, bánh dày, dried young bamboo soup (canh măng), giò and sticky rice. It is customary to visit with family to exchange new year's greetings; go to the temple to honor and worship the ancestors (ancestral worshipping - for it is believed that the dead continue to exist and that they have the means to influence the fortune of the living); give out "lucky" money to the children and the elderly, and open shop to carry on with business during the holidays. 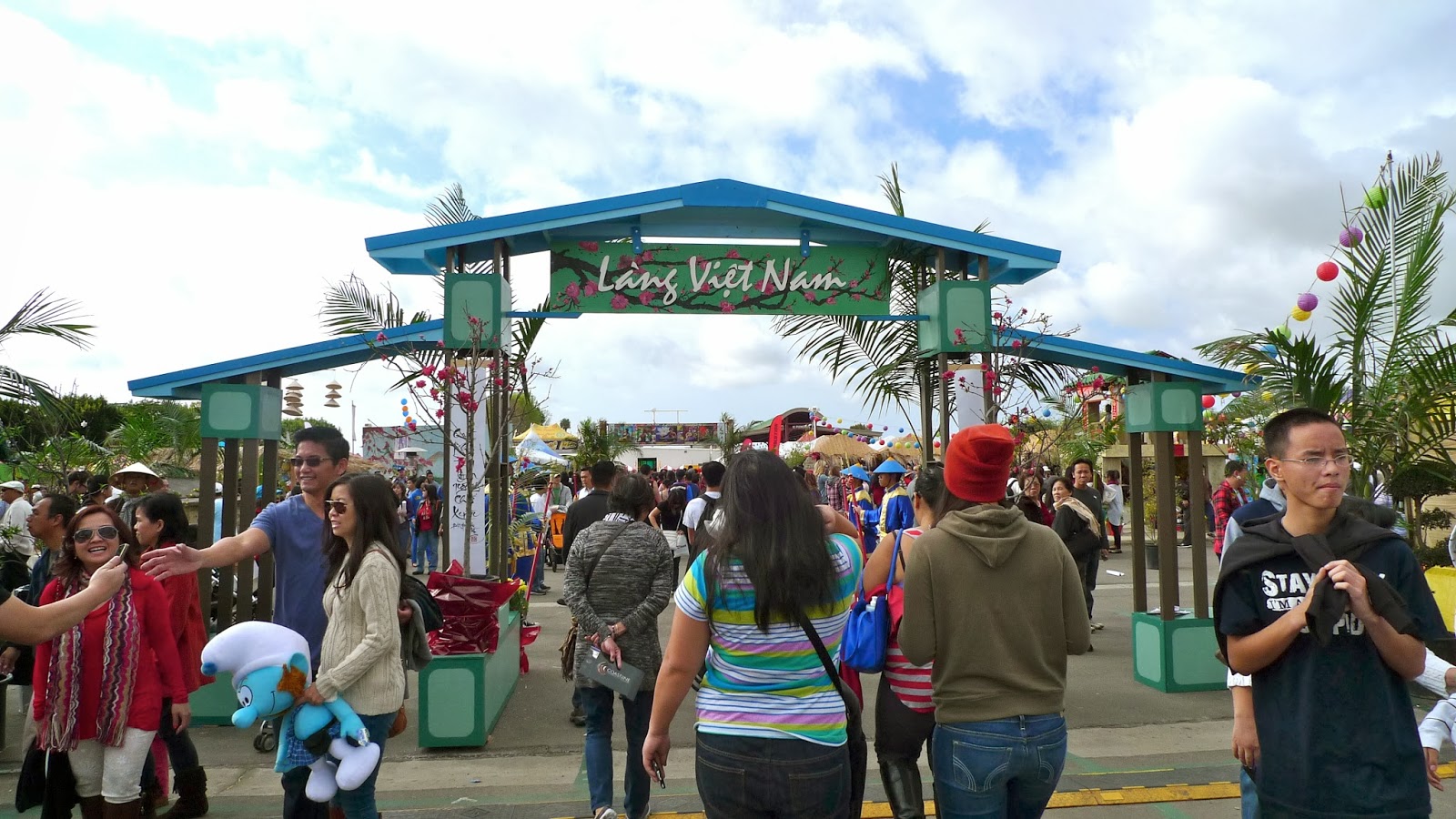 Although we missed the dragon dance that was featured on opening day, last Friday, there were still lots to see. 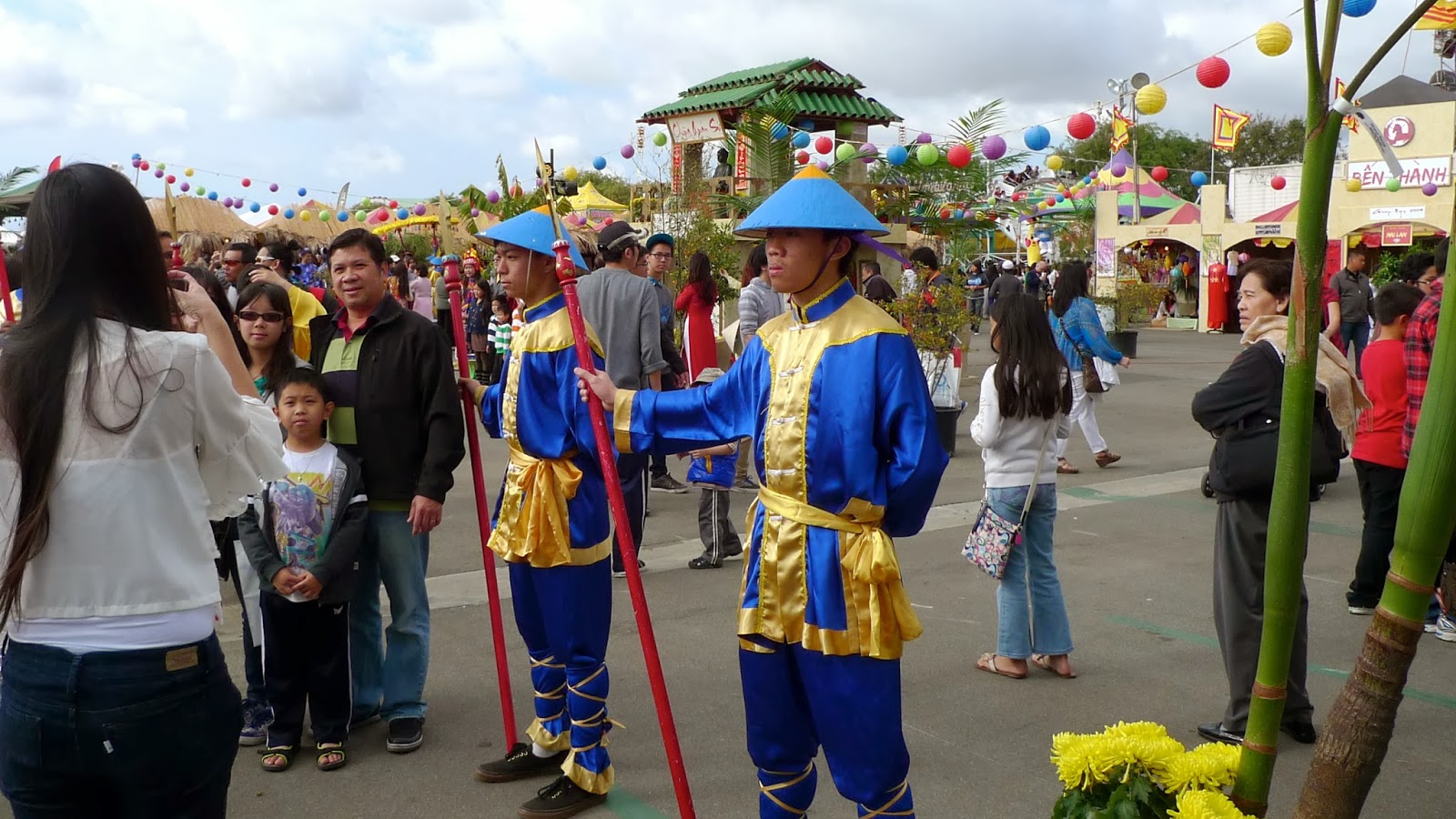 The guards at the entrance, in their colorful costumes, were so accommodating to the public for photo op souvenirs.

But, first things first! Where's the food? A whiff of delicate flavors was in the air as so much cooking was going on that it wet our appetites and peaked our curiosity. 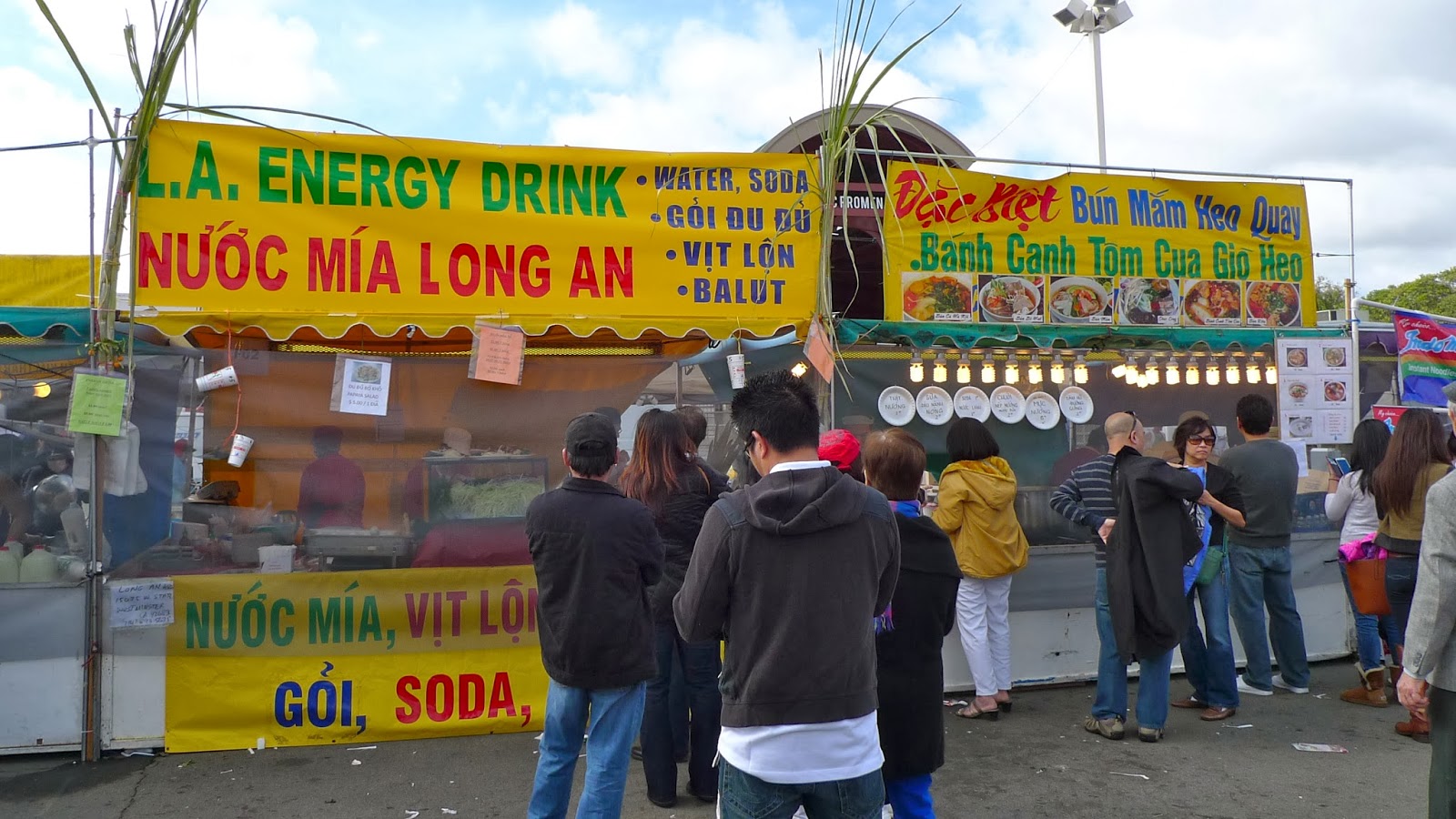 This place was highly recommended. Hmmm...we are trying to figure out what these holiday preparations are like? And so, we ordered. 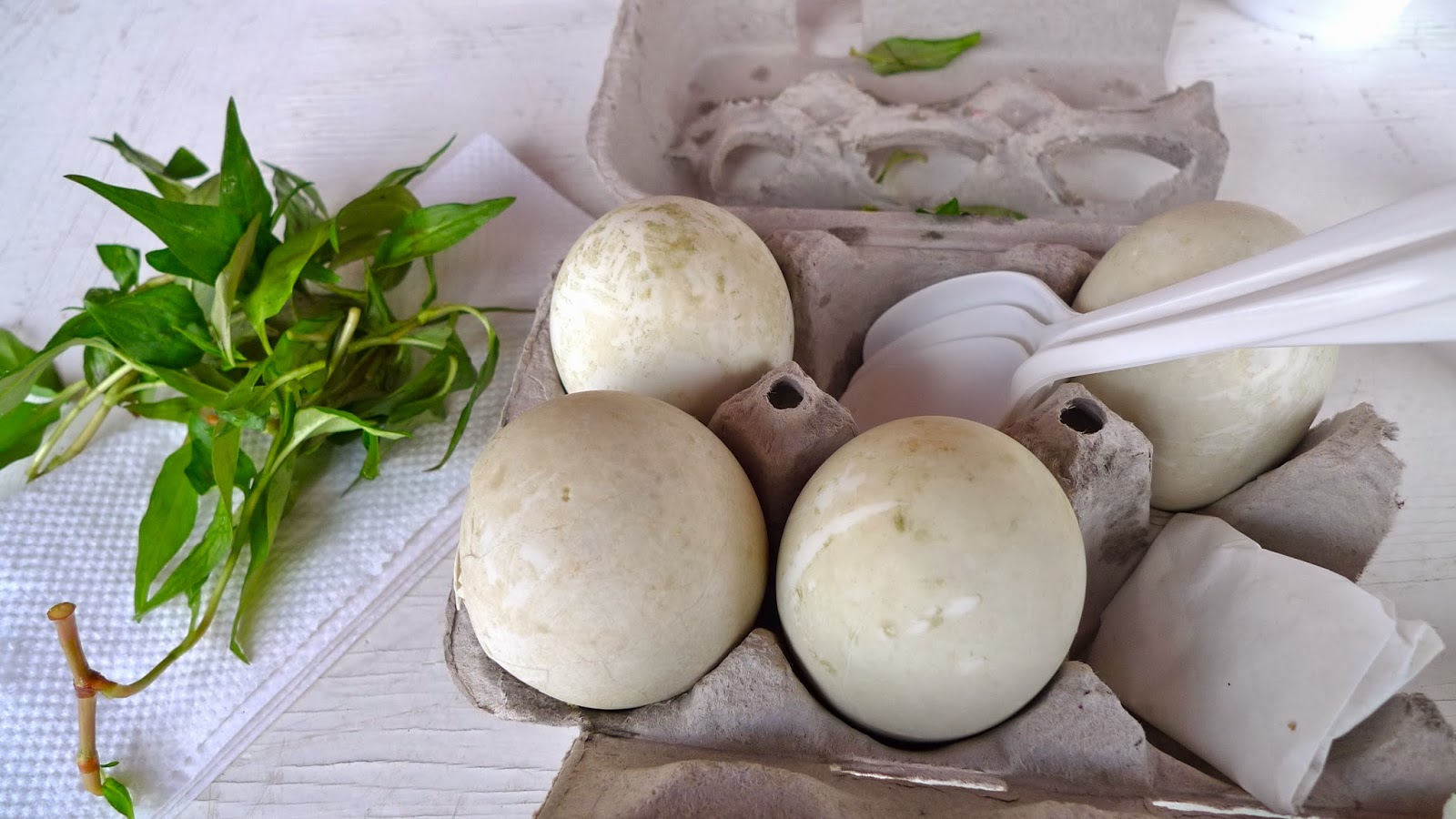 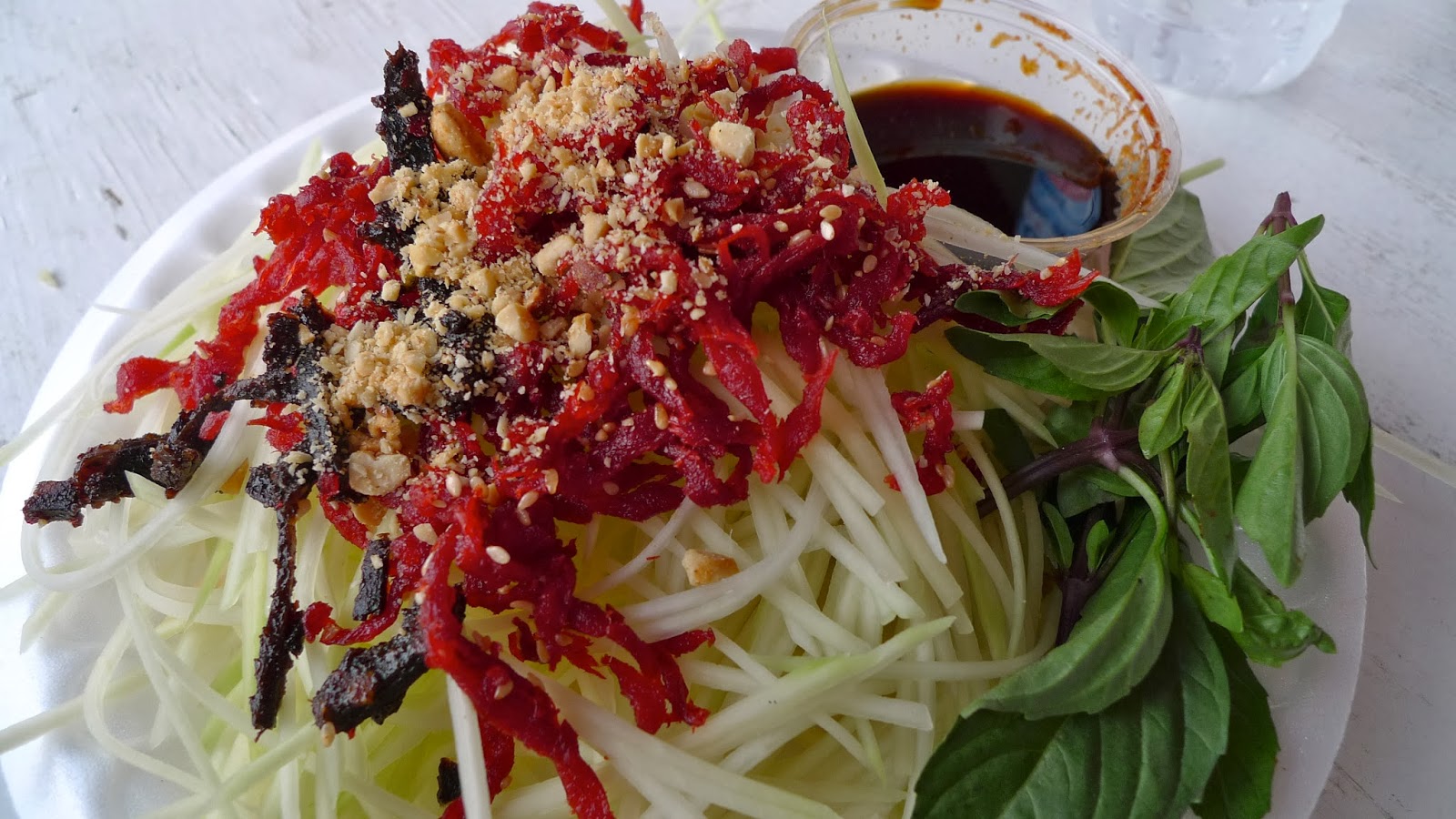 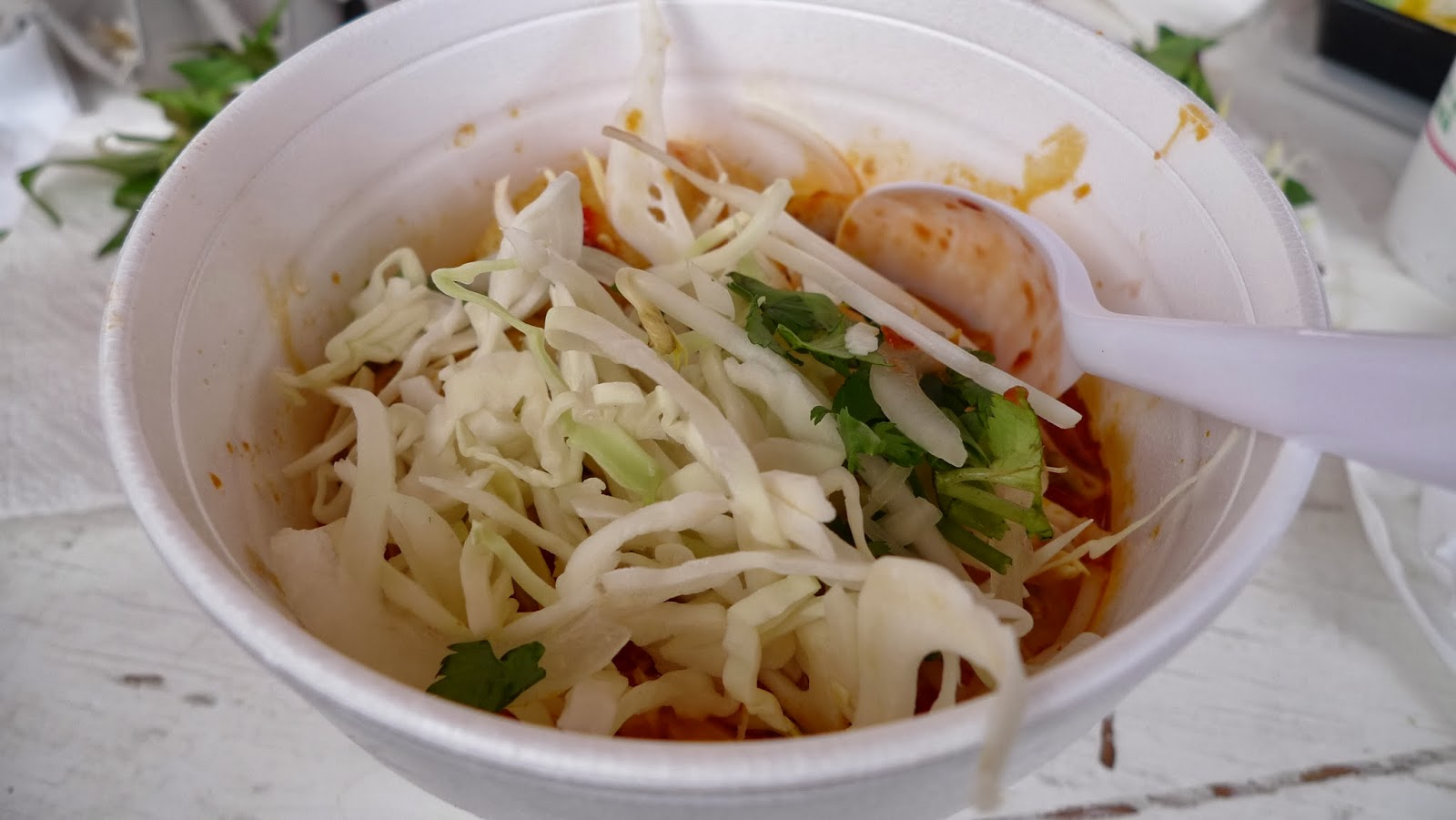 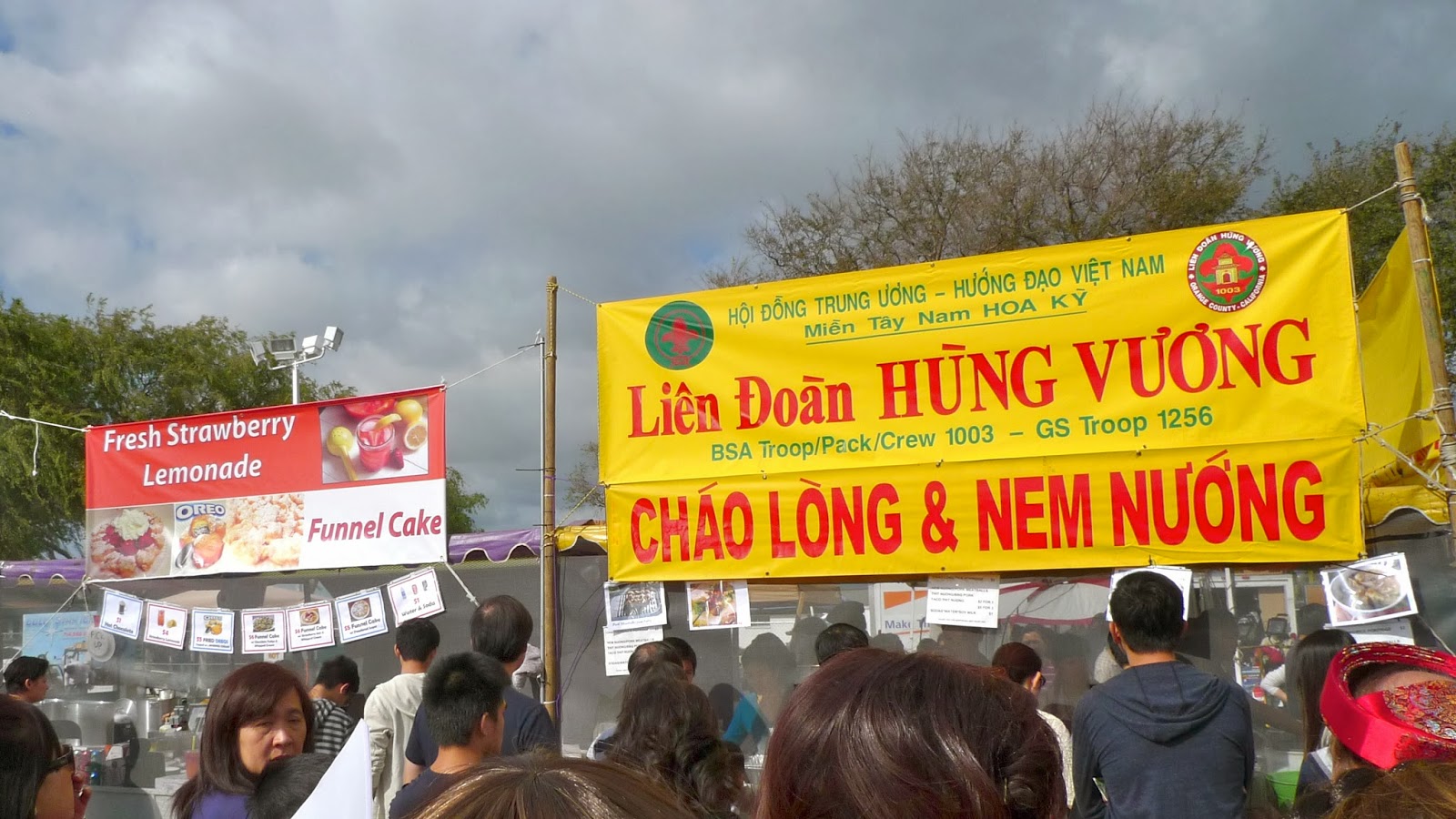 From another food vendor, we ordered... 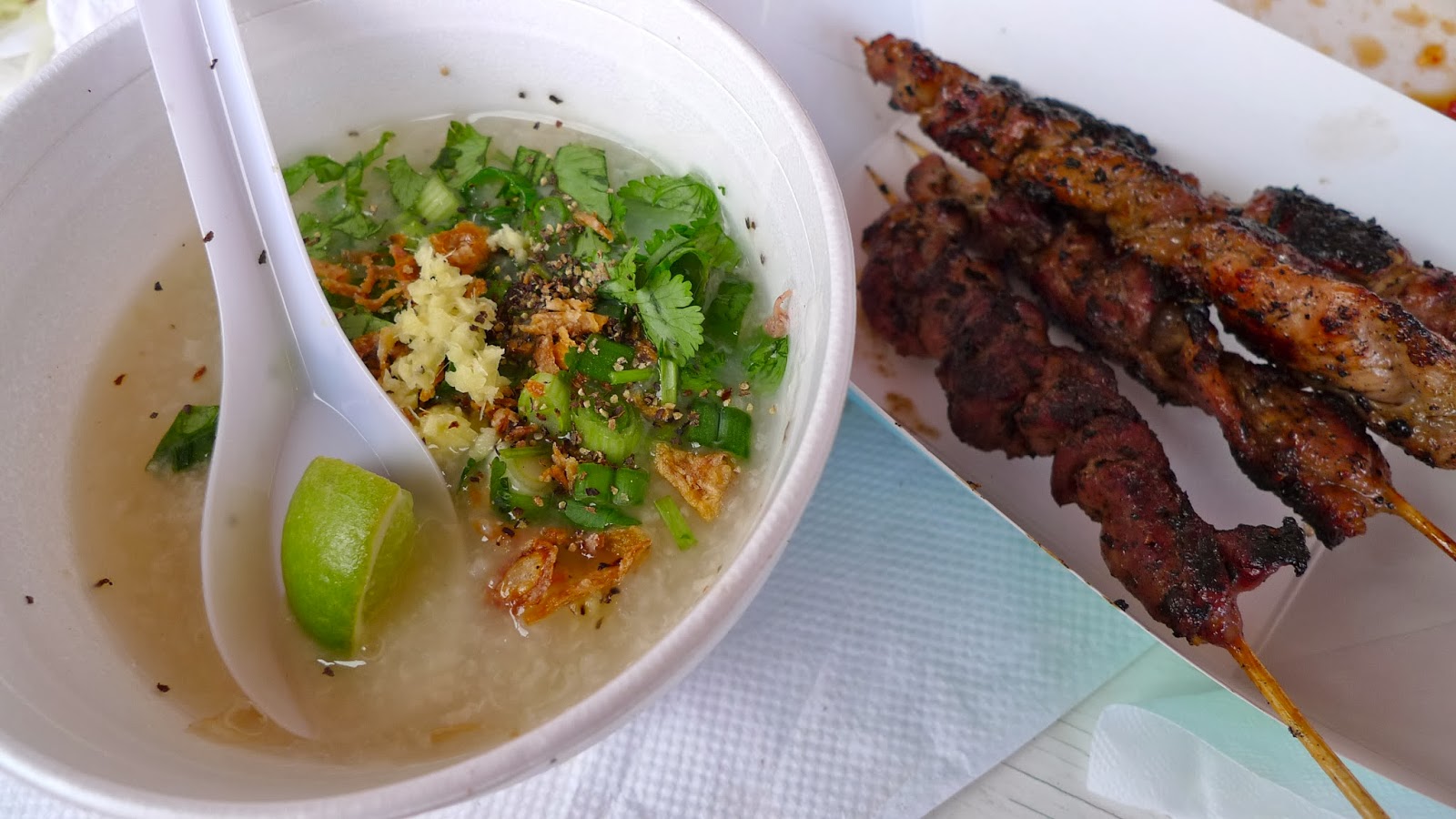 After all the servings of yumminess, it was time to get up and burn some calories. 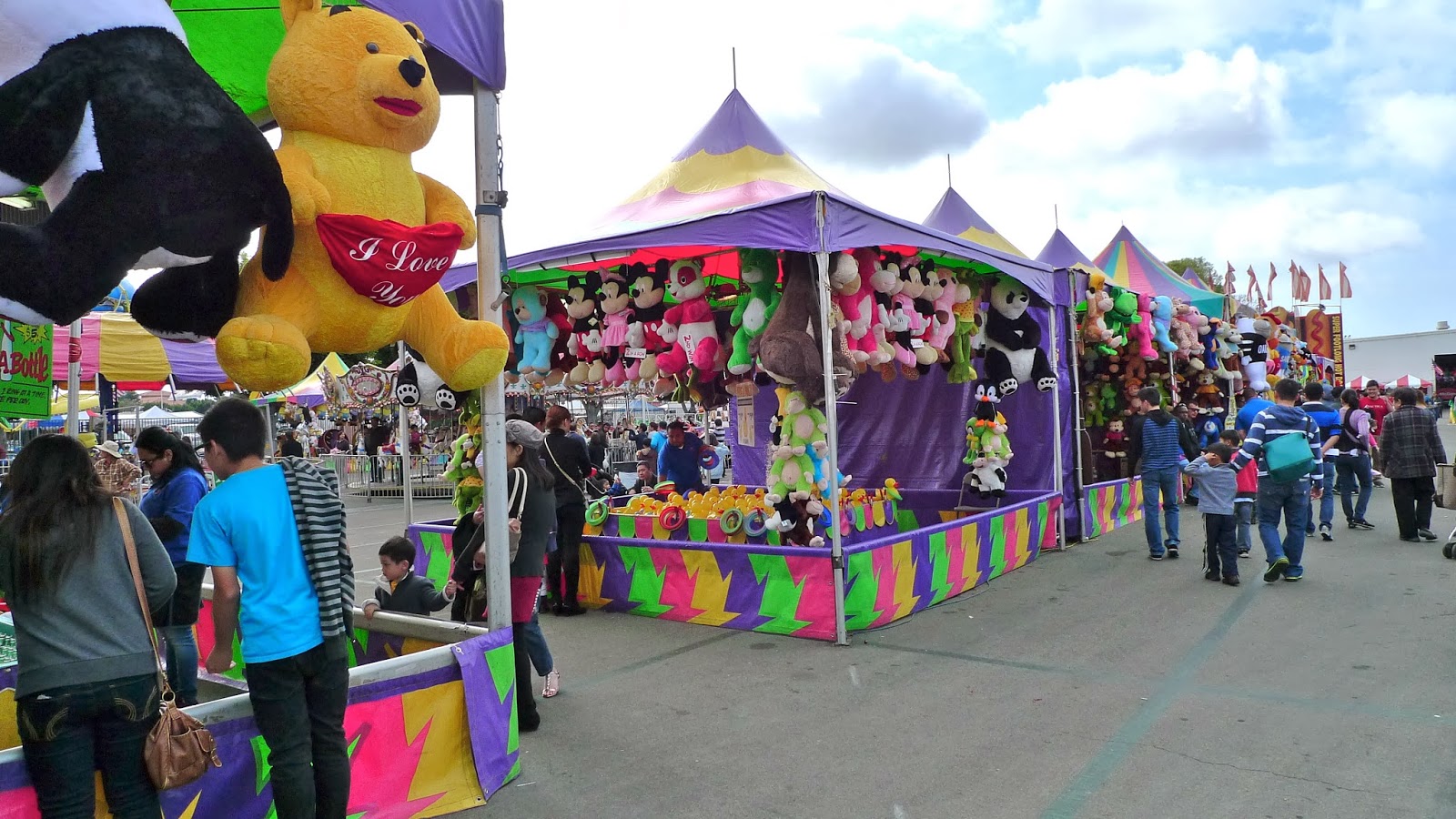 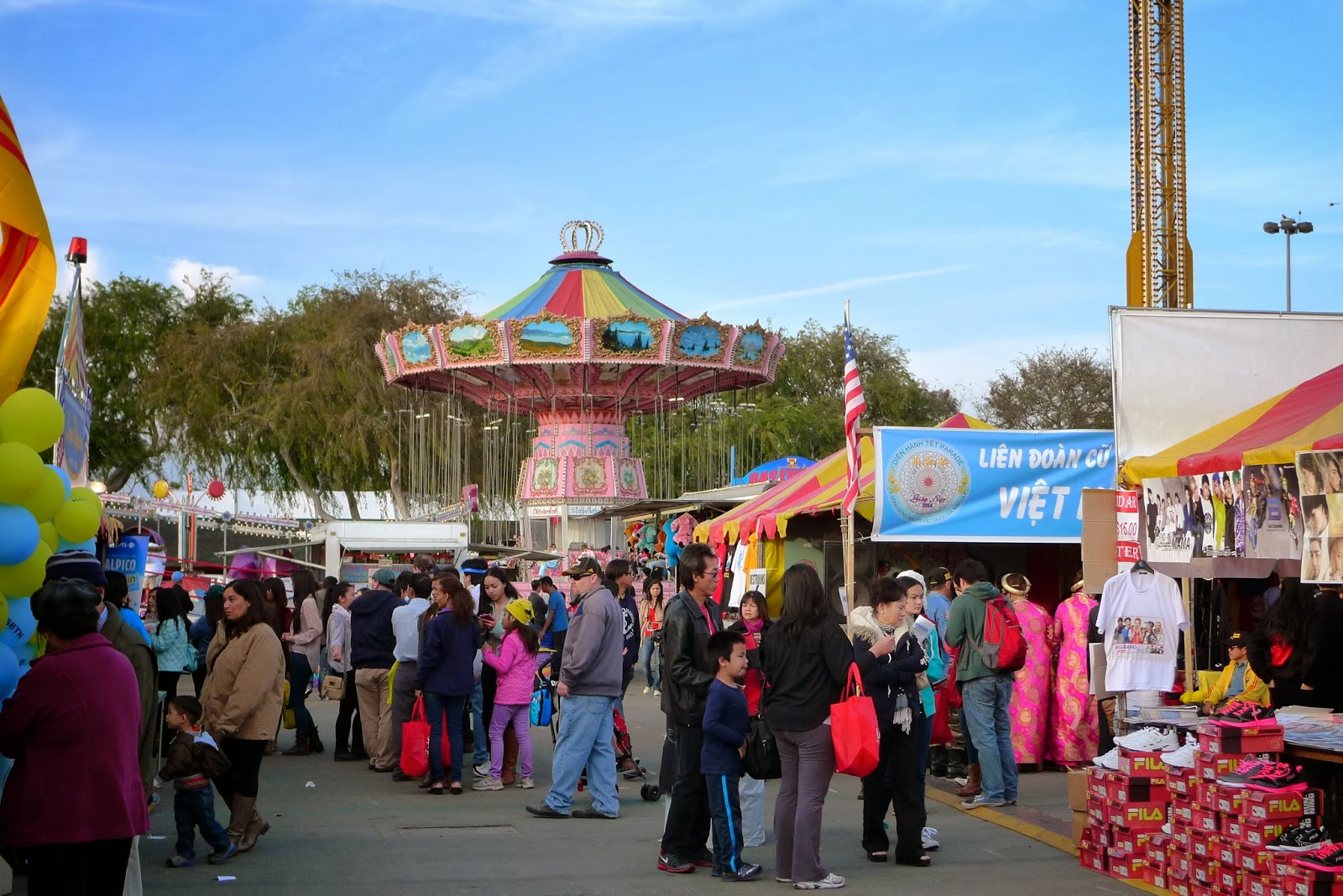 While the children of our Vietnamese friends were playing in the game booths and having fun in the different rides, we meandered to check out the different areas vying for our attention. 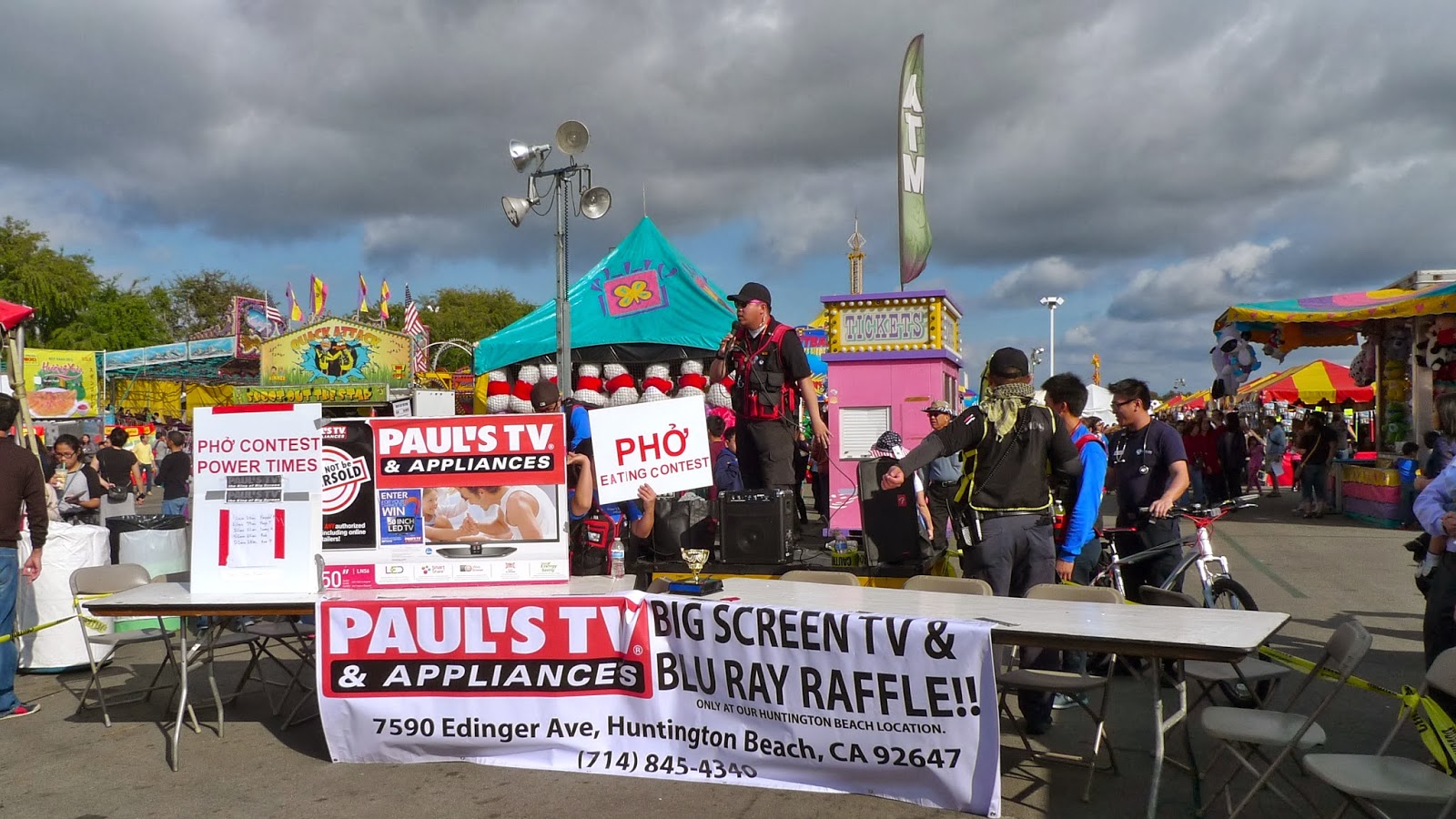 A Big Screen Television and Blu Ray Raffle was was about to start. To win, one had to join the PHO eating contest - whoever consumed a bowl of pho soup in one minute and twelve seconds was going to win the television set and the runner-up was to win the blu ray. No one in our party dared to join as we imagined that the soup would have been too hot to gobble up in such a short time. 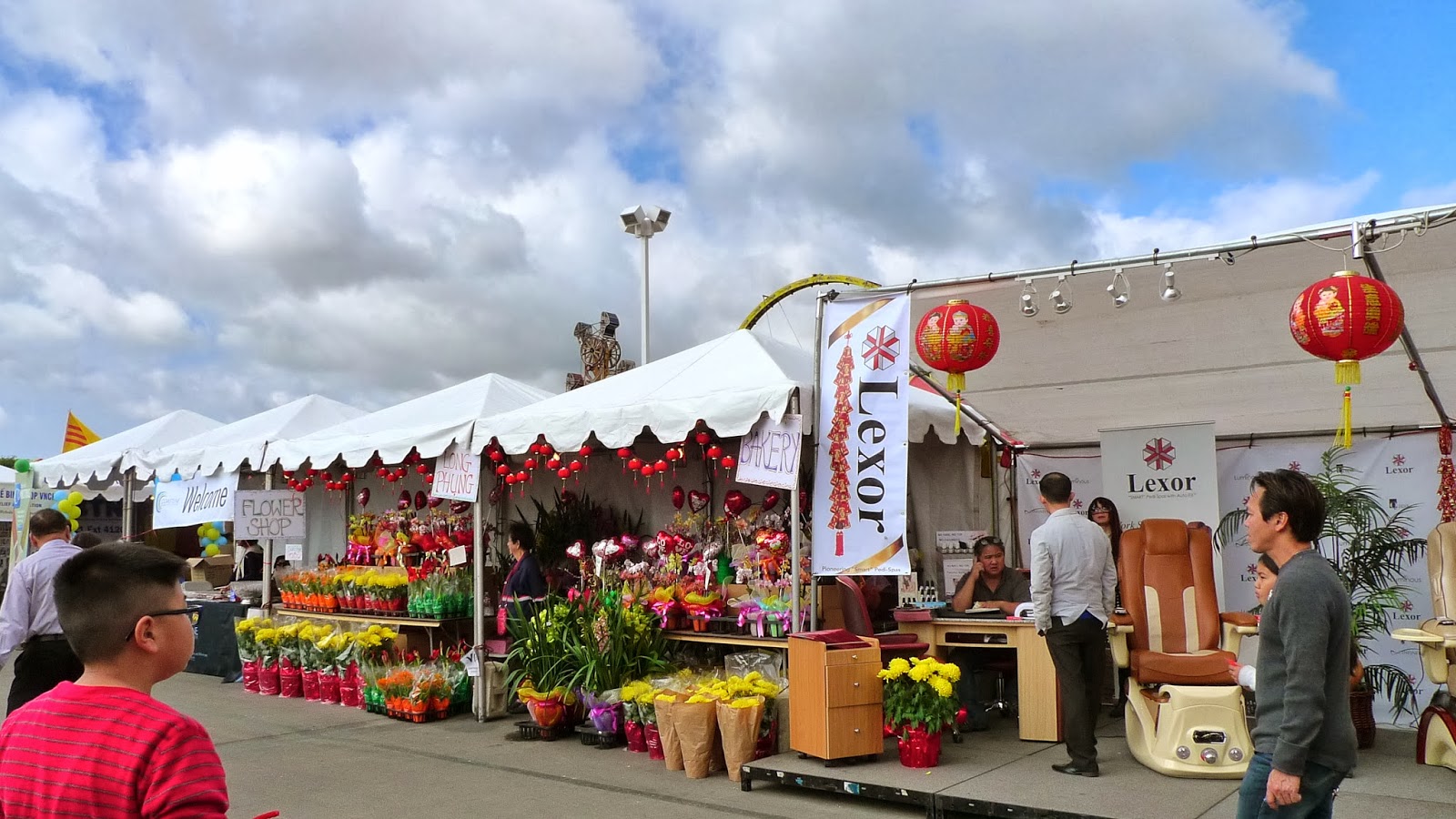 Flowers for sale! The yellow mums were the most popular.
Lexor - the largest supplier of  spa pedicure chairs,  salon furniture for spas and salons was one of the exhibitors. 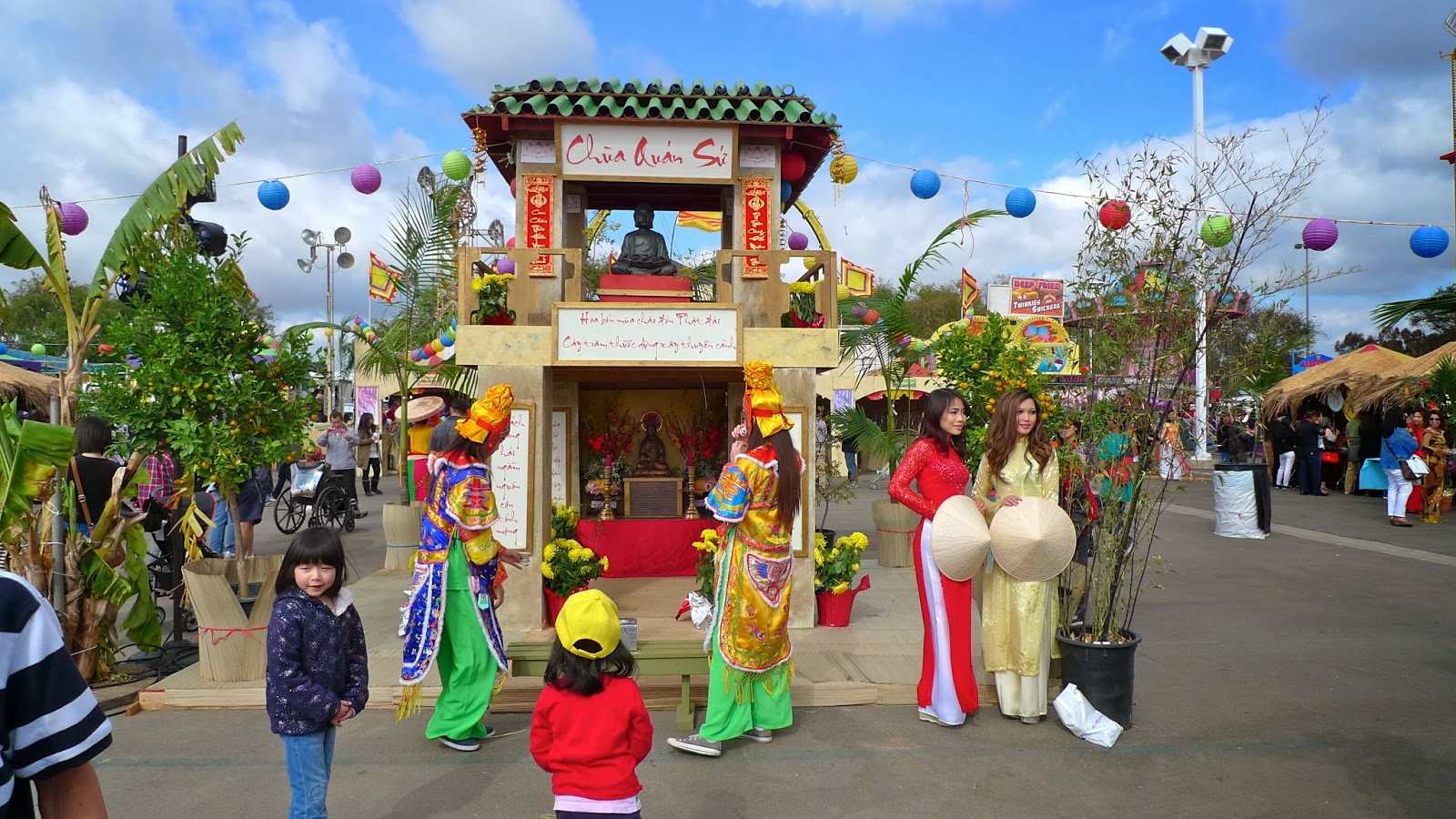 Here's another place for a photo op with members of a wedding party, in their traditional garb. 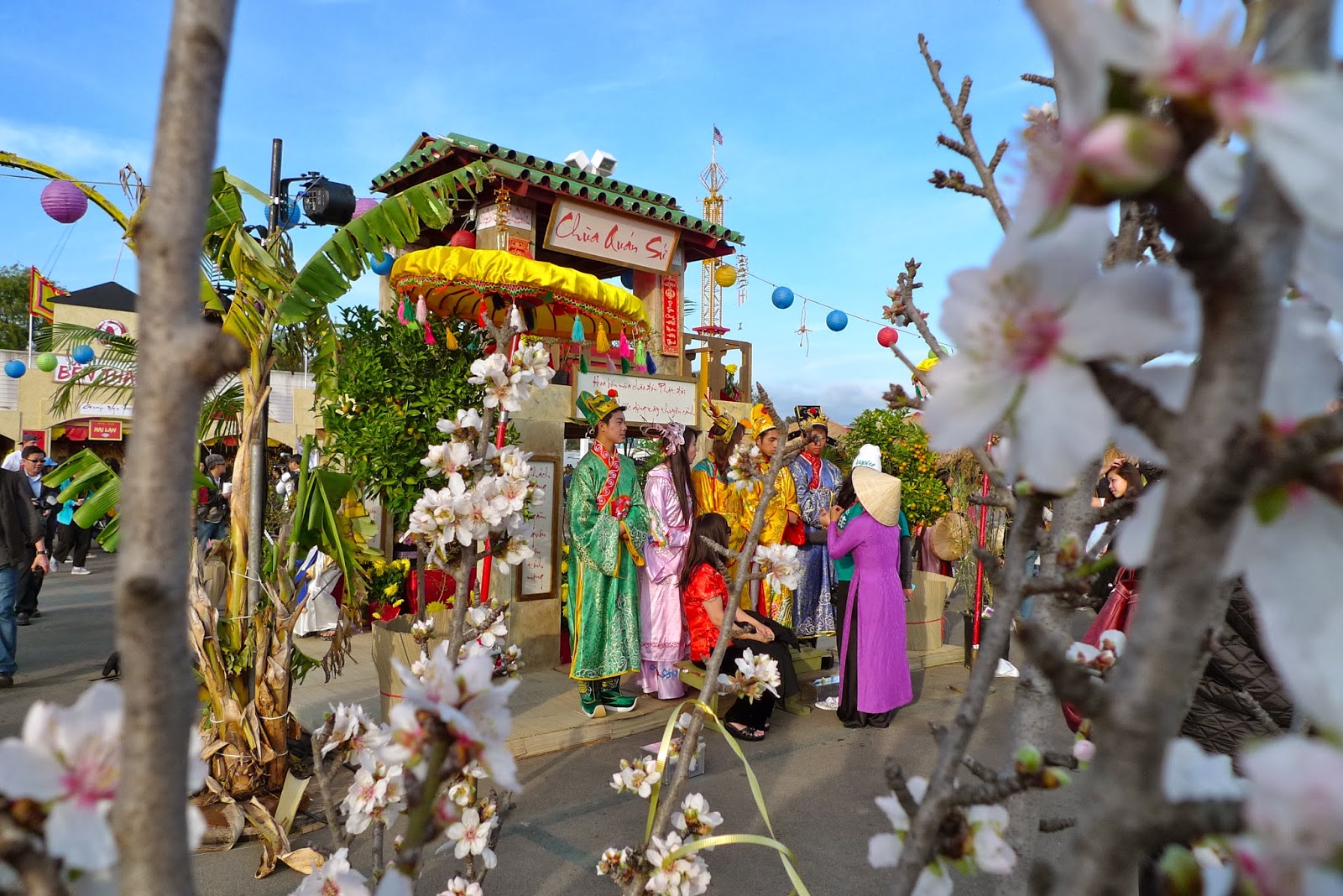 The bridal party comes together. 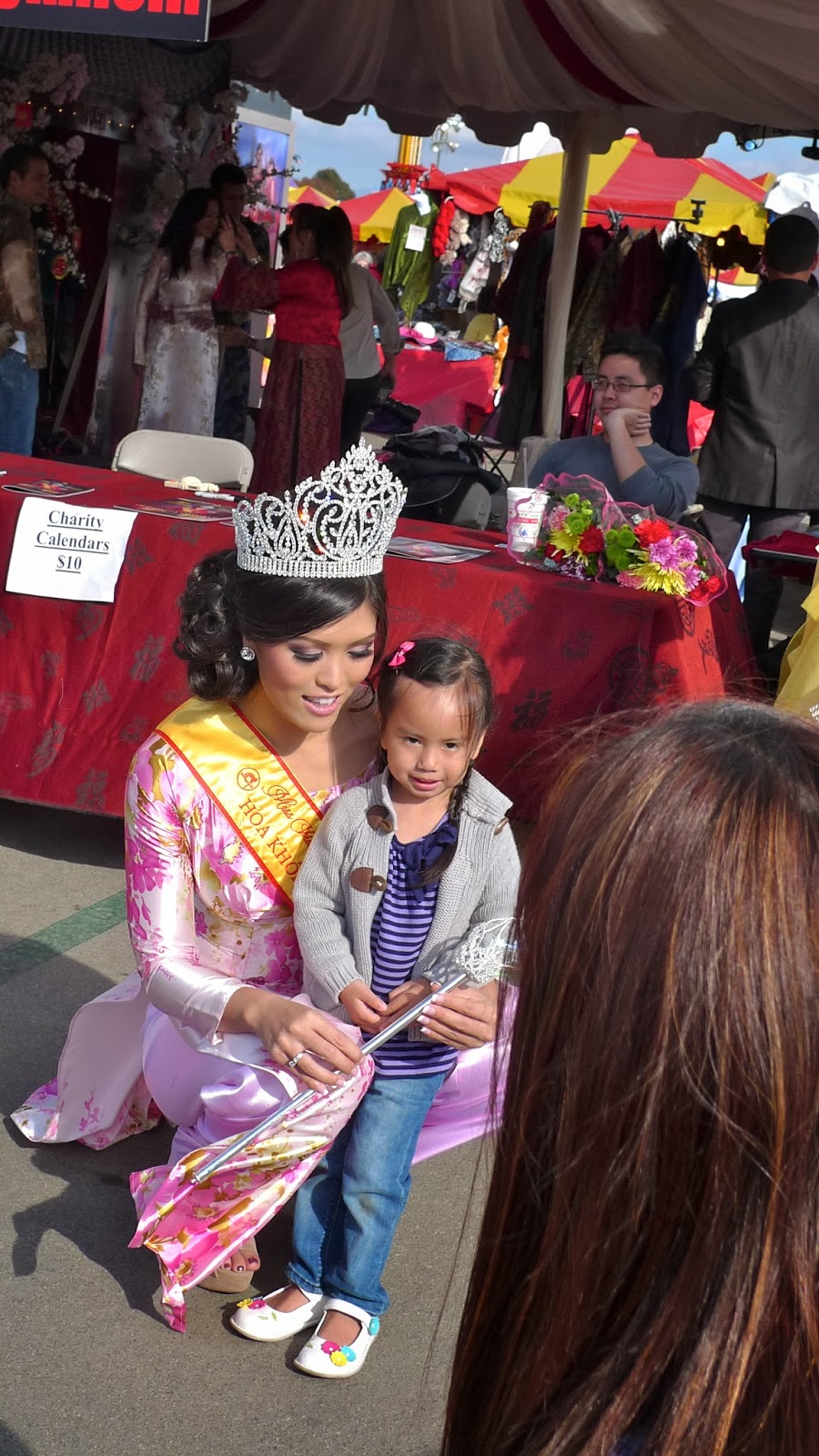 The 2014 Miss Vietnam of Southern California is both a beauty and scholastic pageant, which aims "to promote Vietnamese culture through language, music, dance, and the Vietnamese traditional dress, the áo dài." The pageant winner was crowned last Friday evening, on the first day of the Tet Festival. 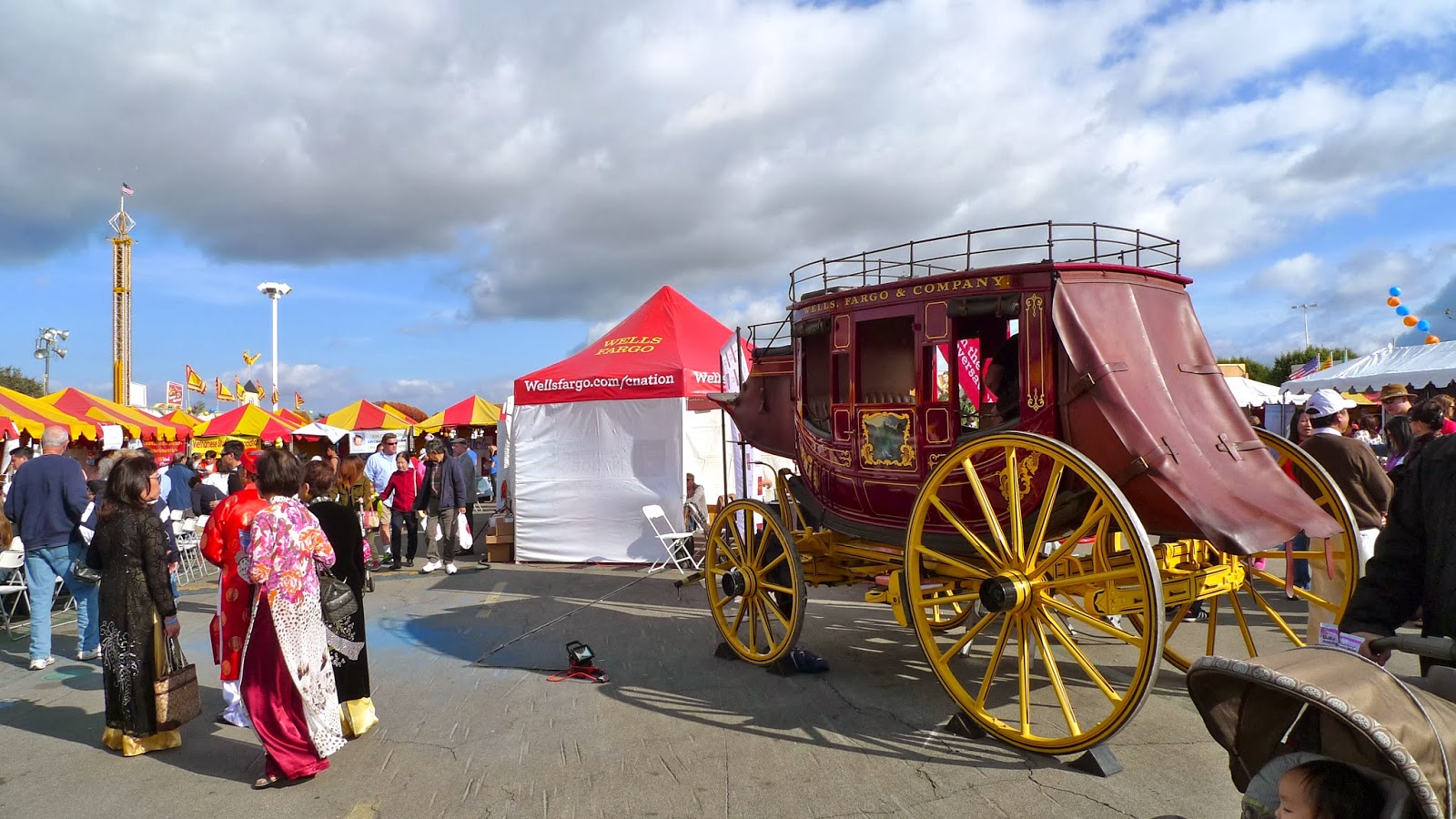 These ladies wearing their traditional dresses are a lovely sight.  Here, they were getting ready to pose by the stagecoach provided for by Wells Fargo bank.

There were other service-oriented companies with information and giveaways in their booths, in their bid to get our business. Aside from banks, there were some offering photography services for special occasions, spa and salon information, and new, health products. 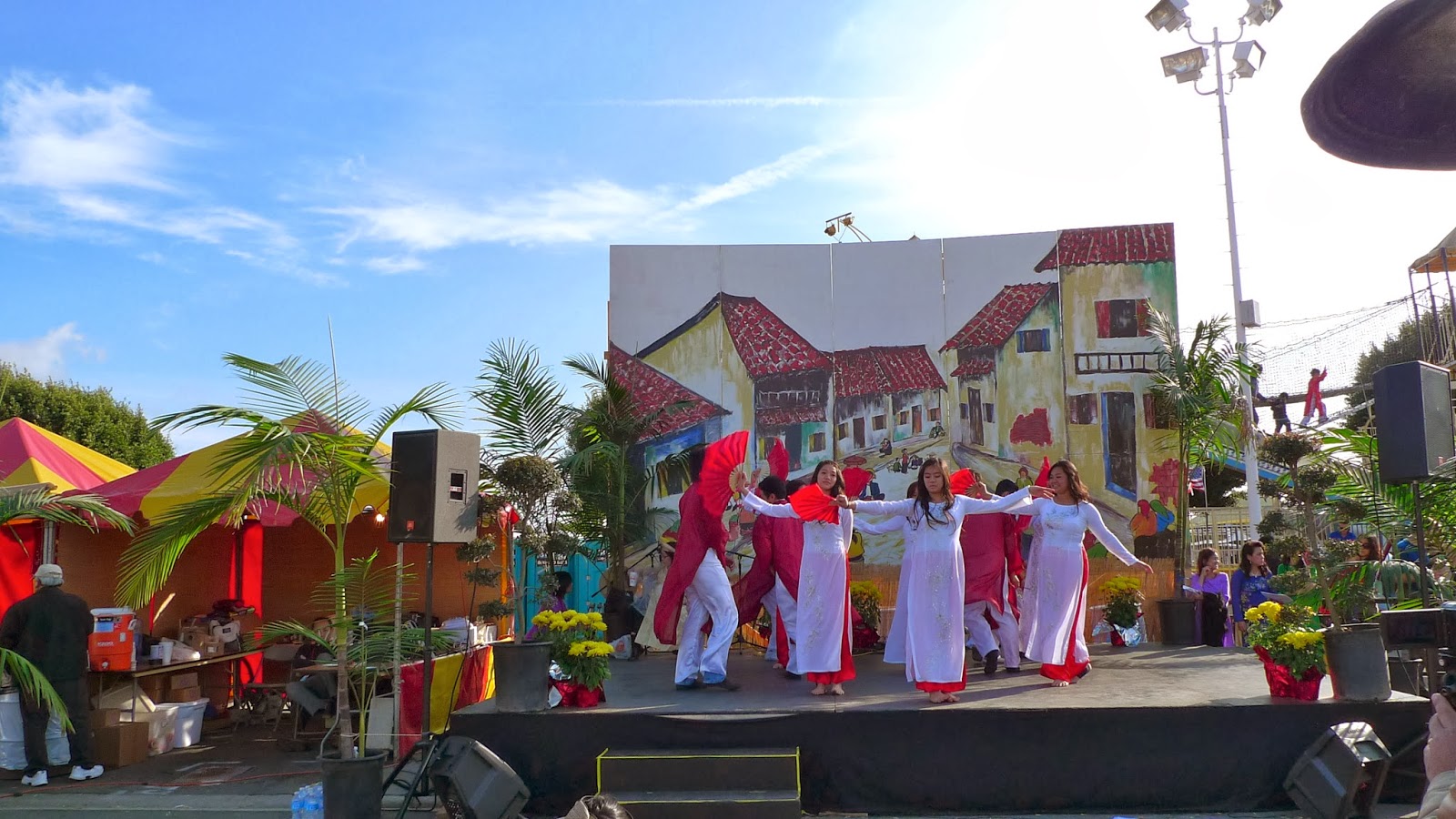 There was a stage where groups of performers took turns to entertain the crowd. This group of young kids were being the usual young teens, dancing to a pop tune with the current dance moves. 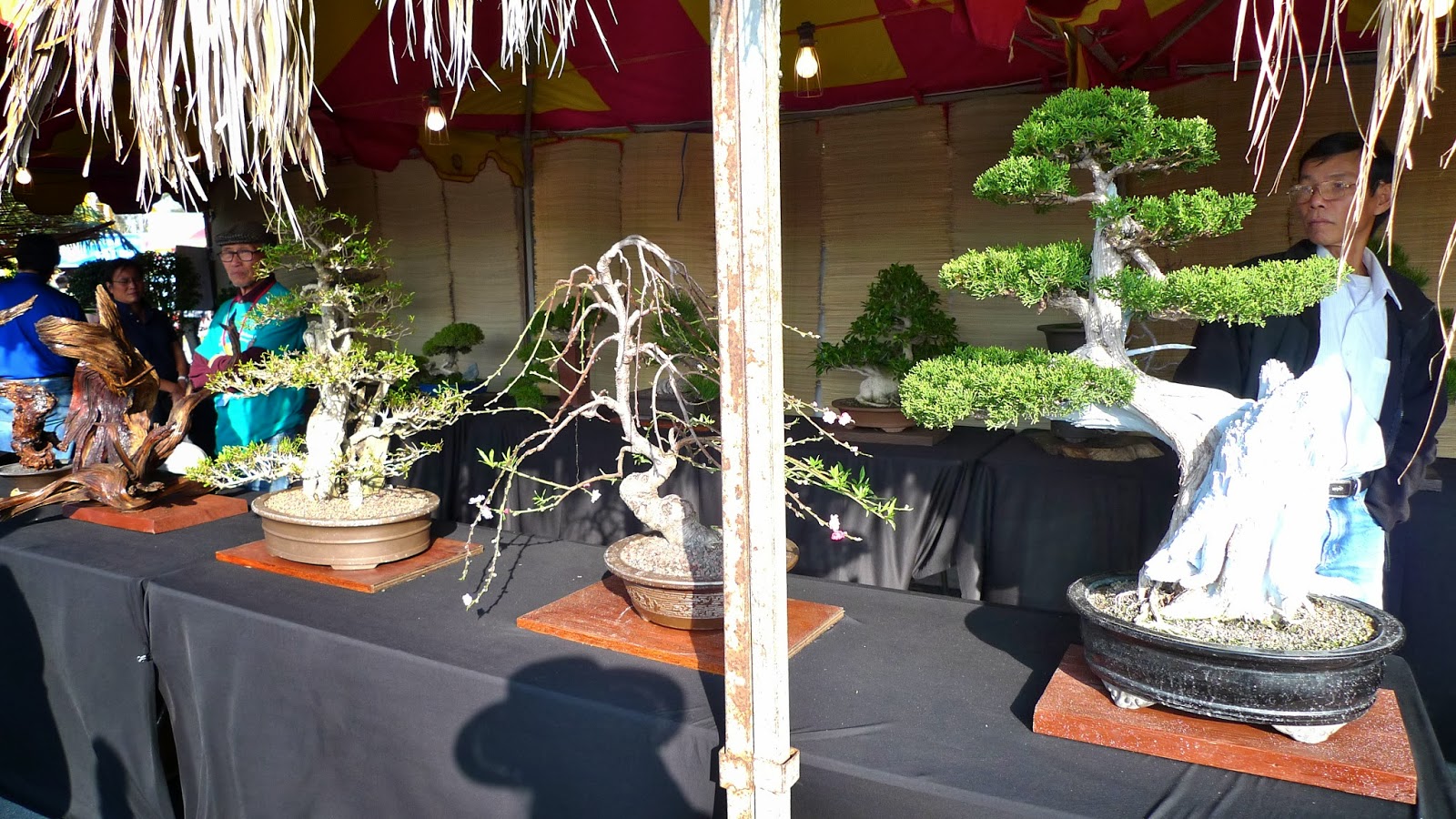 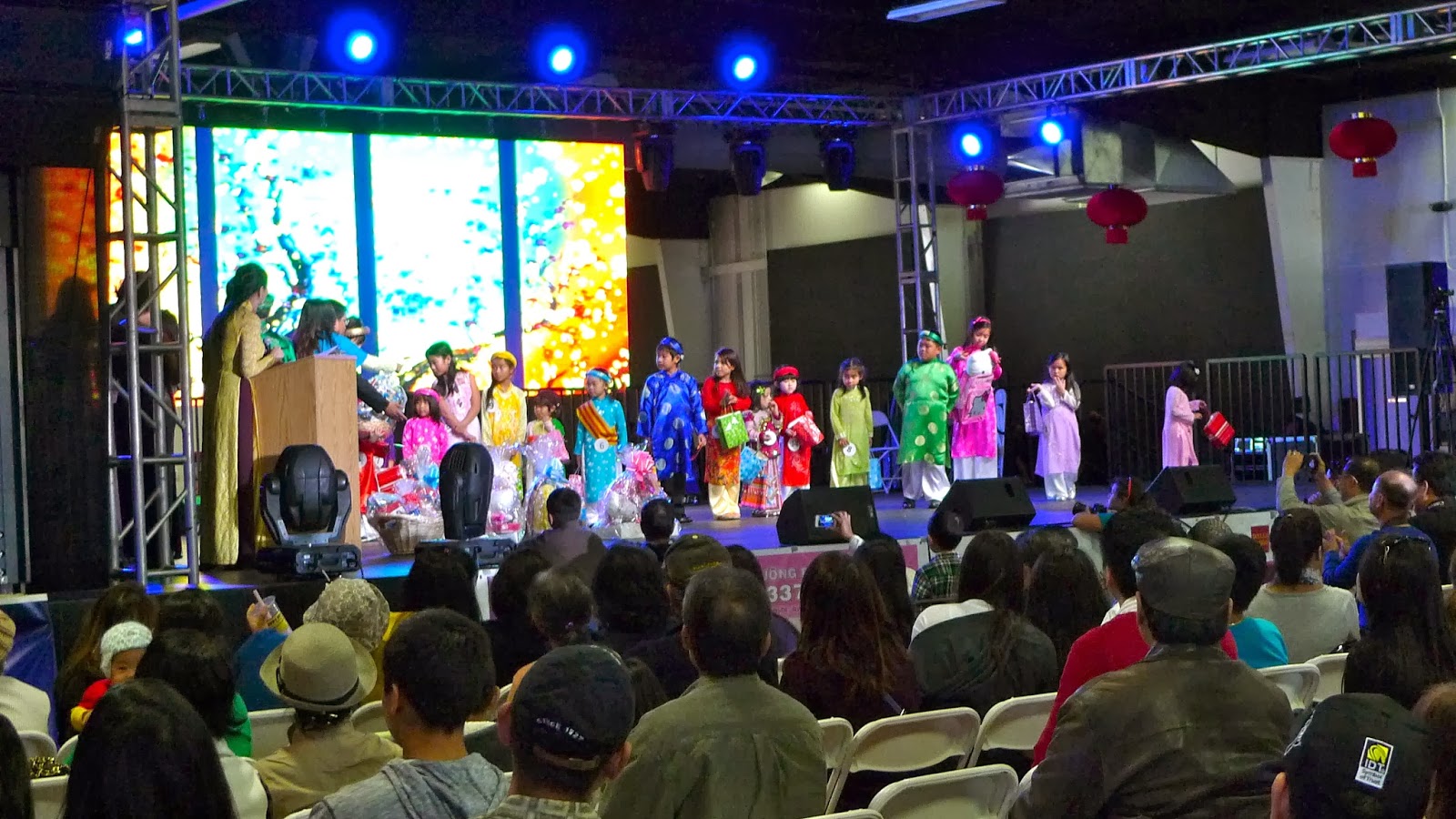 In a another contest, young Vietnamese kids were answering questions to win prizes. The kids answered in Vietnamese. That was impressive! 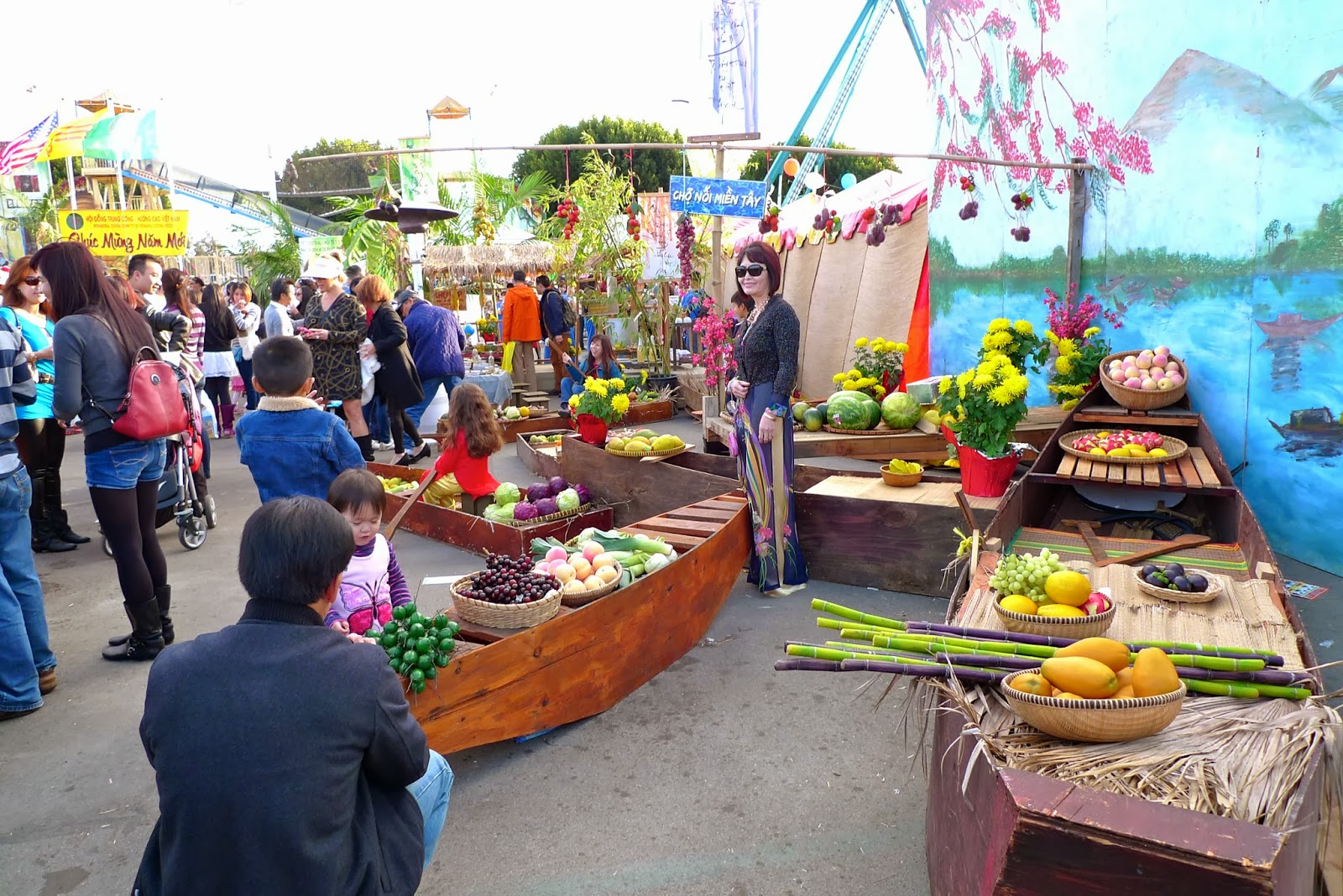 A representation of the floating markets in several parts of Vietnam, like in the Mekong Delta and Cal Be. 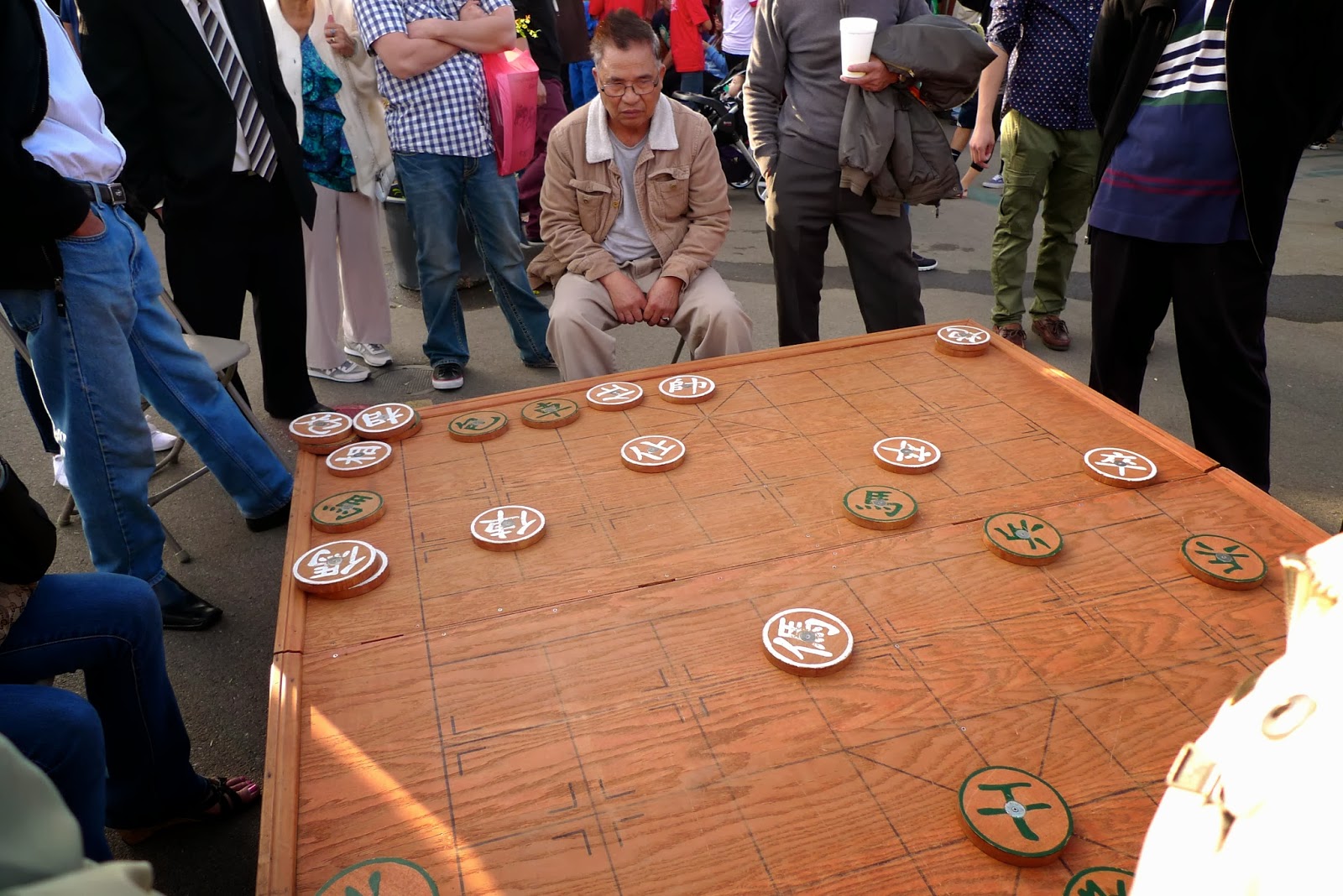 A popular board game: Xiangqi, where the the most important piece on the board is called "co' tu'o'ng," the "chess general." 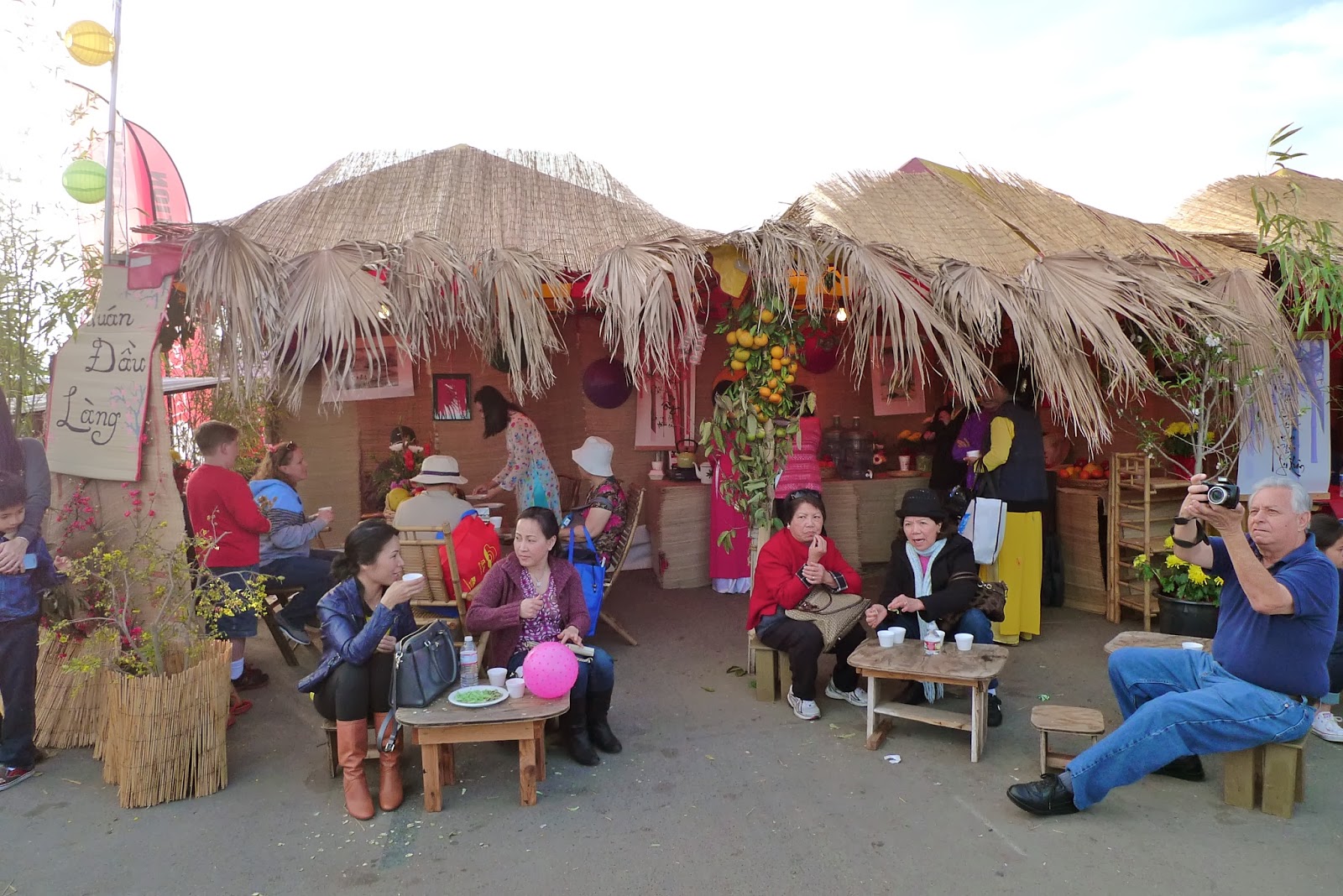 Like in Vietnam, just outside of the restaurants, low tables with chairs are set up for passers-by to come and stop, and stay for a cup of tea. 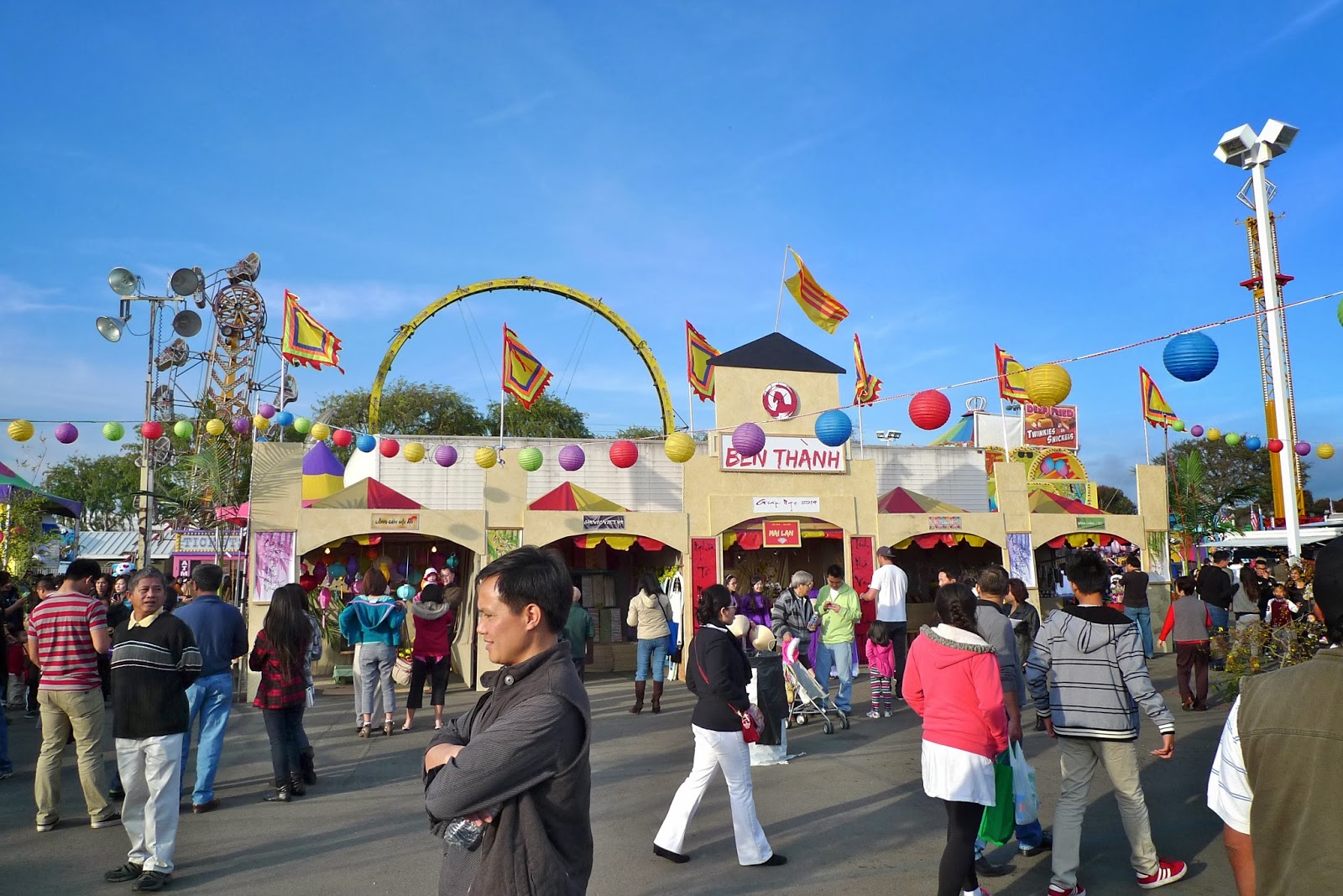 The shopping turned out to be just as fun, considering that we came across items that were very reasonably priced. As for me, I ended up buying four porcelain plates by Limoges, limited edition, with scenic designs by Louis Dali - these were hard to pass.

This Tet Festival turned out to be a cultural and gastronomic experience. With it being held, for the first time at the Orange County Fair & Events Center, more people could be accommodated as participants and guests. For the visitors, there was ample parking and a shuttle bus to facilitate ease in getting to the event location.

It was estimated that over a hundred thousand people  came during the three-day weekend celebration. Visitors were welcomed into a Vietnamese cultural environment featuring an array of traditional foods, live entertainment, traditional games and customs to celebrate the Vietnamese lunar new year.  Let's make it a date for next year, to welcome the year of the monkey - same place, sometime between February 18th (eve of the Vietnamese New Year) to February 24th (end of the Tet holiday). If I am not mistaken, it will be on the weekend of February 20th to the 22nd.

Kudos to the organizers of the Tet Festival. This is a great way to keep the Vietnamese culture, traditions and practices alive in this part of the world.
Posted by yolanda at 21:29