California has been in the midst of a serious drought situation for the last three years. The major water reservoirs are just filled about forty to fifty percent of their capacity. Although, we have a late winter storm in February, it is said that the drought situation will not be majorly alleviated.

With the year 2013 having gone down in history as the driest year in the last 119 years, California governor, Jerry Brown, declared the state in a drought emergency last January. With this came a plea for the Californians to cut down their water use by twenty percent.

For my part, I turned off my sprinklers and manually set it to go on once, instead of three times a week. To keep my herb and flower plots, and fruit plants well watered, I resorted to saving gray water.

"Gray water" is described as recycled water from the showers, bathtubs, laundry, bathroom and kitchen sinks in one's home, which is treated and reused for irrigation and flushing the toilet. On an industrial level, it goes through a filtration and sanitation system.

At home, I simply do several steps to save this water resource. 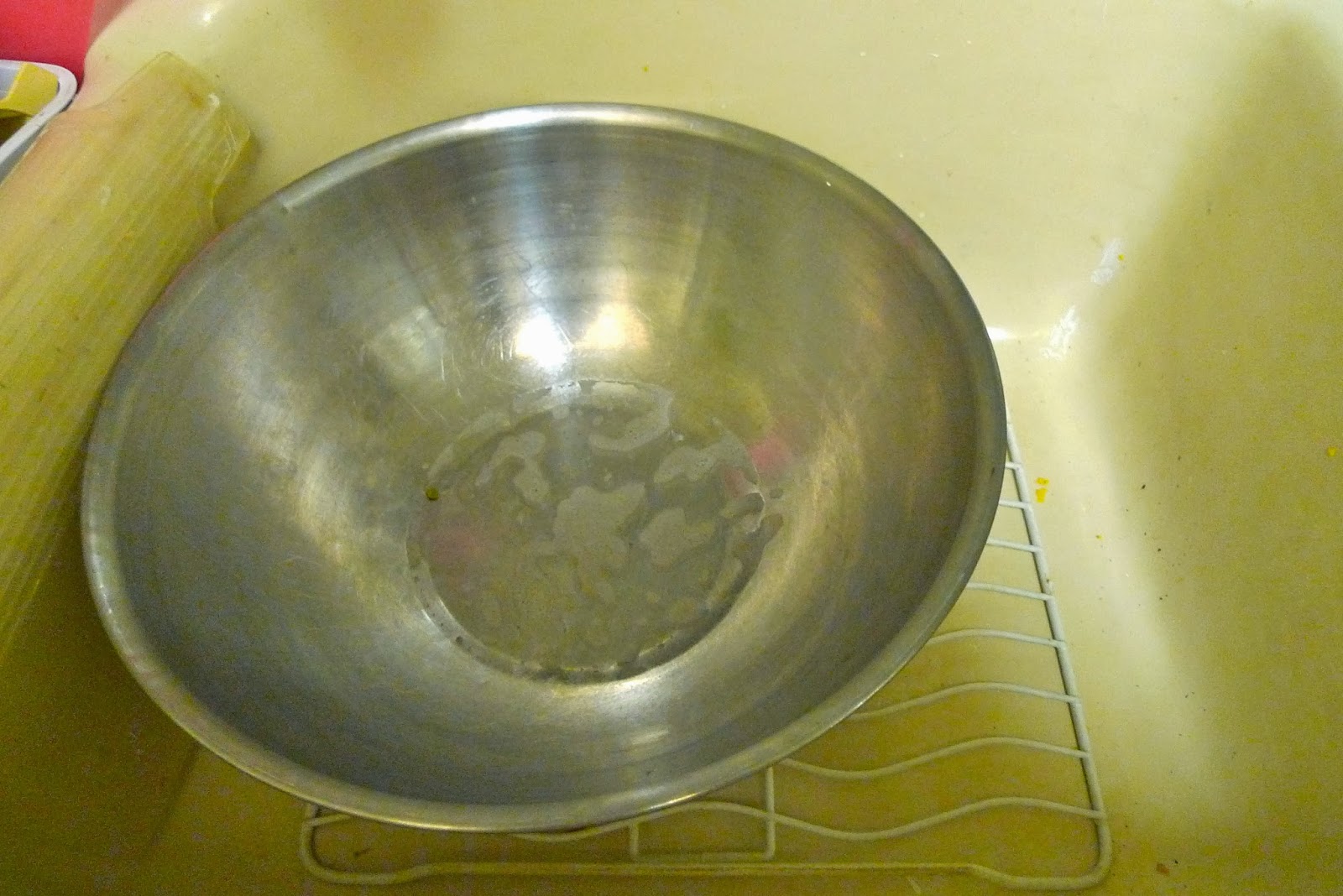 I use a large basin to catch the water used to wash and rinse everything from utensils to pots and pans. 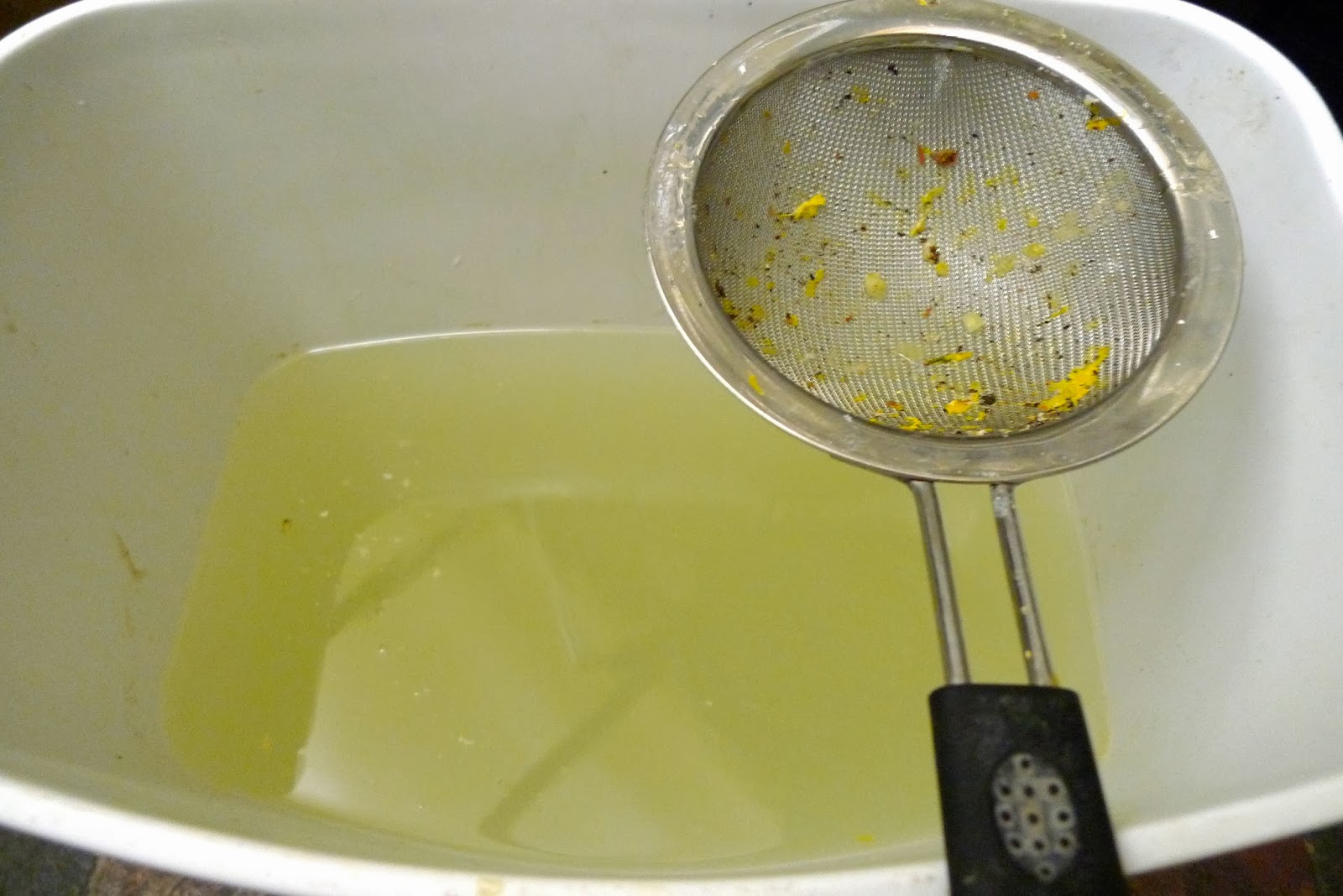 Into a re-purposed large kitchen trash container, the saved water is poured through a strainer.
(By the way, the color of gray water is grayish. The reflection of the light has made it look yellowish in this picture.) 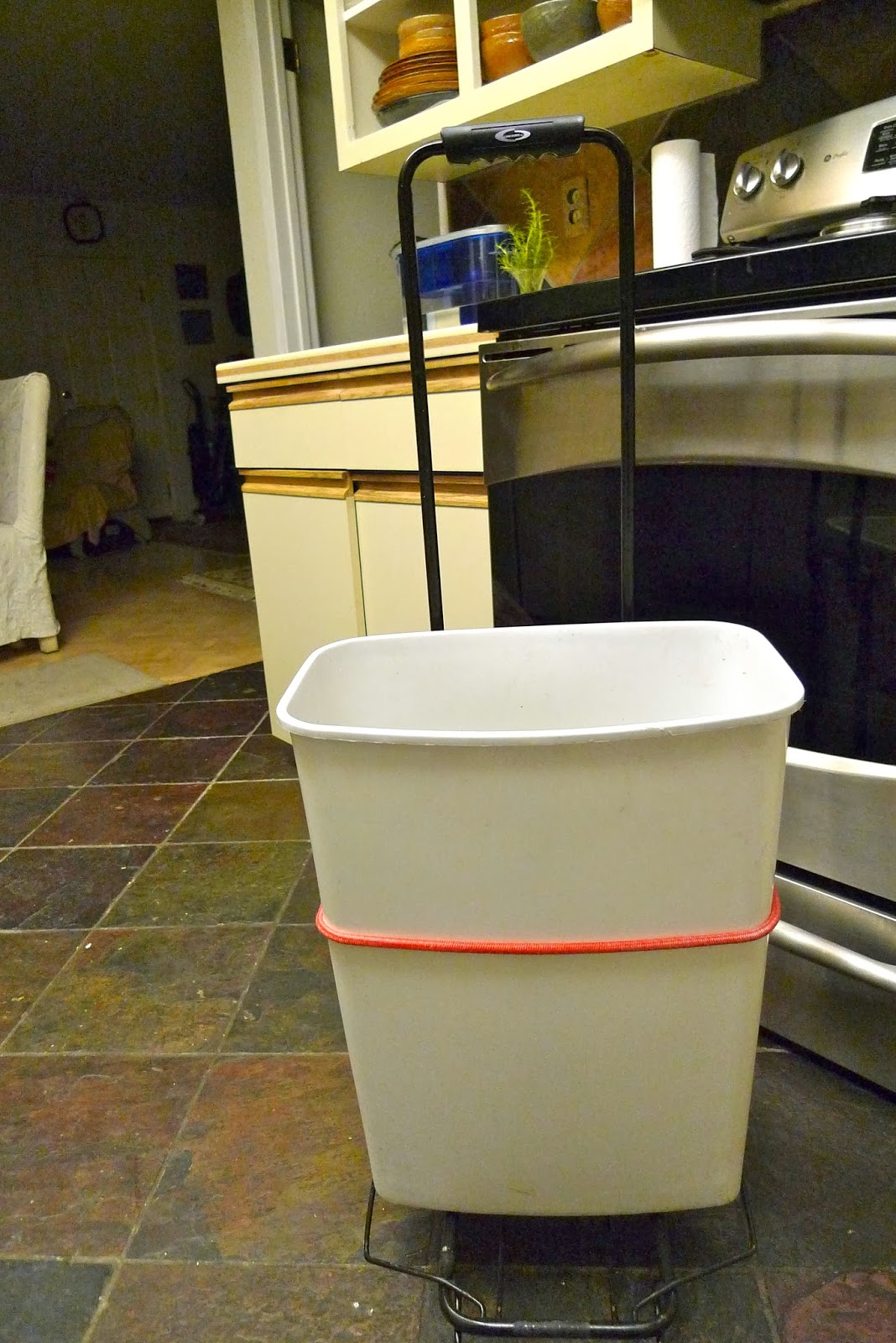 The container is strapped to a luggage cart for easy carriage through the house and into the garden. When it is half-way filled, I take it out to water the plants either early in the morning or late afternoon.
My gray water -

1. gets all the nutrients from all the foods washed off, except oil and fat which I remove or wipe off first.
2. is non toxic, as I use a bio-based  dishwashing liquid which is 95% biodegradable, natural, and hypoallergenic.
3. does not go through a filtration or sanitation process.
4. gets used within twenty-four hours, to water my plants, alternately, with the regular water supply.

The drought is so severe that they are now talking of recycling sewage water into drinking water. Does this sound revolting?

I just hope that it will not come to this. Let us each  do our share in cutting down the use of water.