Le Village de Noël 2013 (Christmas Village) on the Champs - Elysées, had an early opening last weekend, to last until January 5, 2014. This Christmas village was started in 2008, based upon the design concept of Marcel Campion - a French businessman who is also responsible for the Carnival of the Tuileries Gardens and the owner of the great ferris wheel at the Place de la Concorde.

Unlike in the United States where Thanksgiving is celebrated - which, then, signals the official start of the holiday season, there is no specific date to determine when the French holiday season begins. I am presuming that this early opening - which was very well attended by the crowd that showed up, was made to boost the economic success of the village participants - the vendors.

Imagine walking with me now to experience this Parisian, festive event this winter... 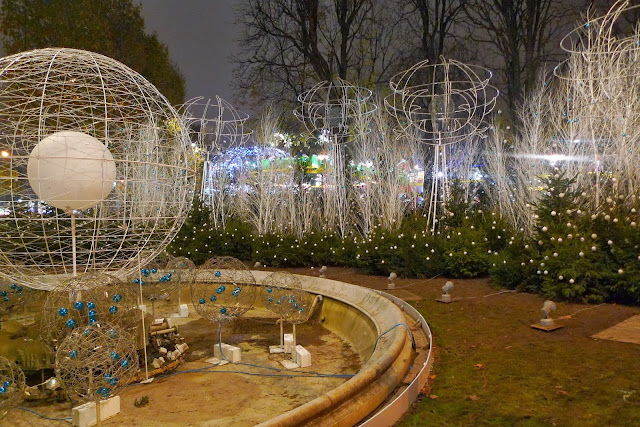 Situated between the Champs-Elysées rond point... 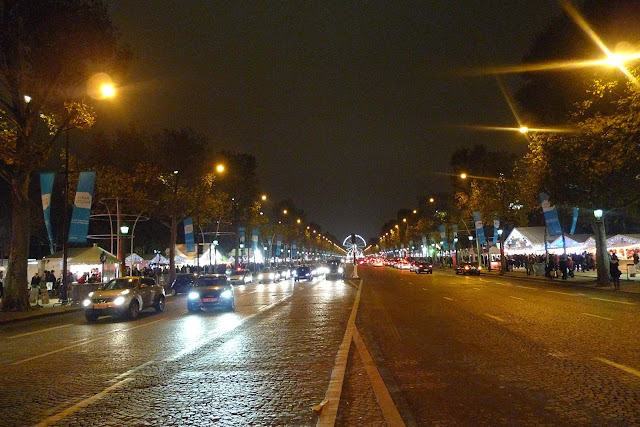 ...and the Place de la Concorde, 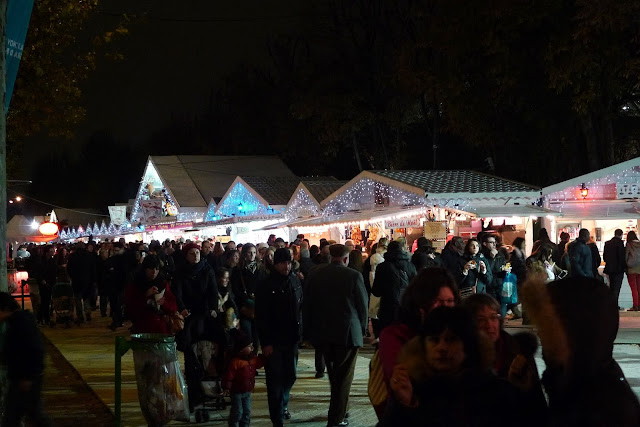 ... over 160 Christmas chalets are now standing on the widened sidewalks,  providing Parisians and tourists a winter-holiday shopping and amusement setting, right in the heart of Paris.


Some of the added features this year are... 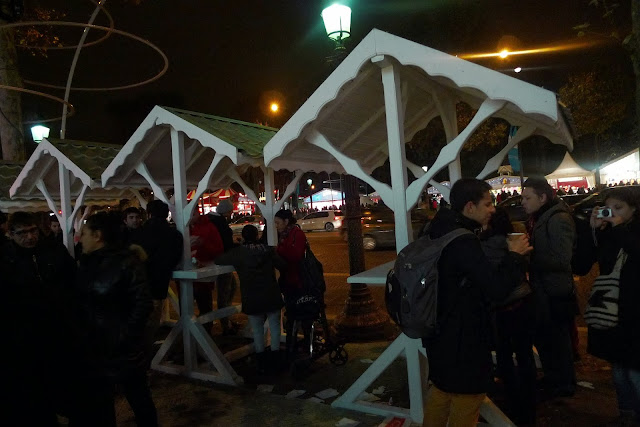 tables for a a place to savor the artisanal foods 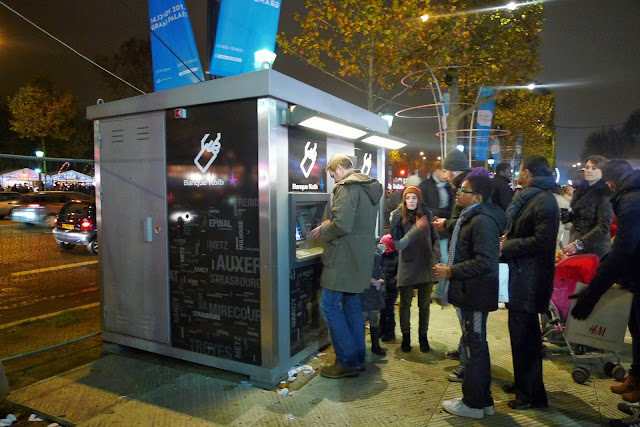 Something new and something old - attractions for the children and adults: 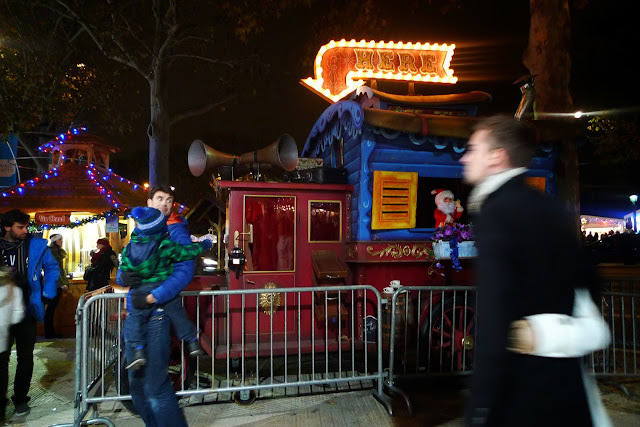 a photo op by train with Santa on board 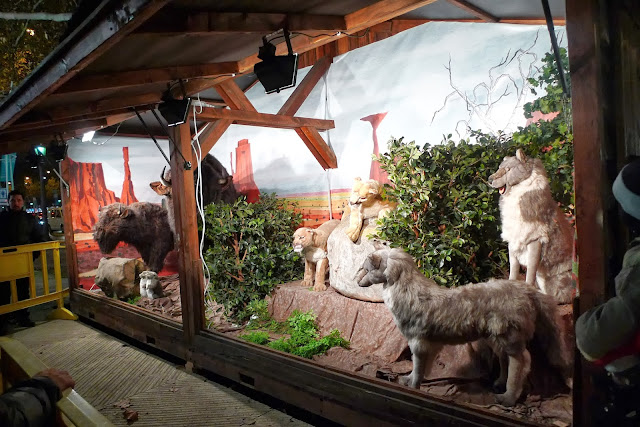 a window display introducing the wooly yak, the lion, the sheep and other furry animals to the kids 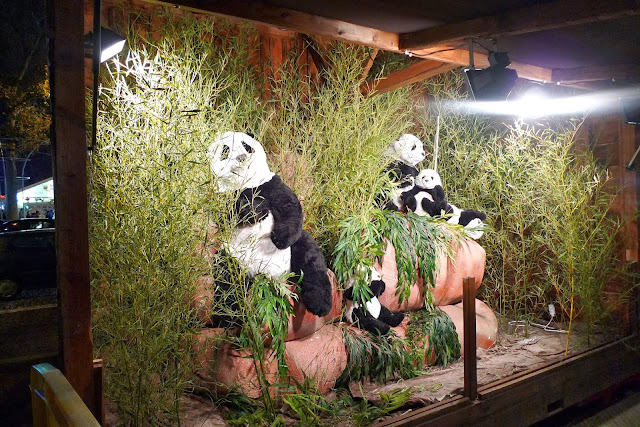 a simulated habitat for pandas 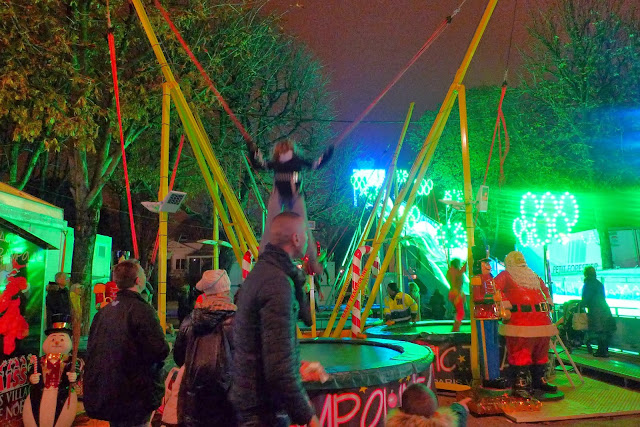 bungee-jumping for the kids and the young at heart 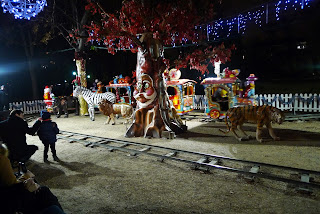 Petit Train - a train ride for the little ones 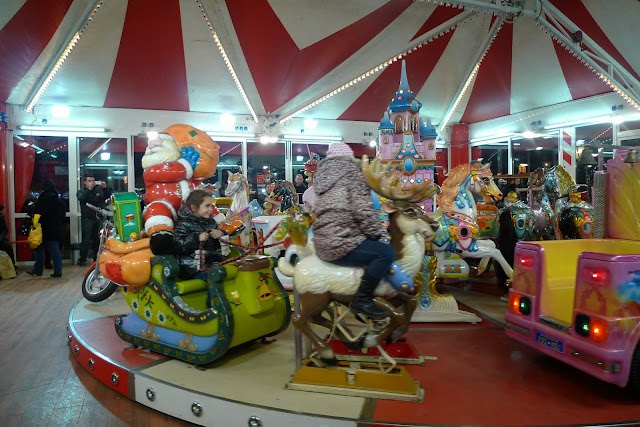 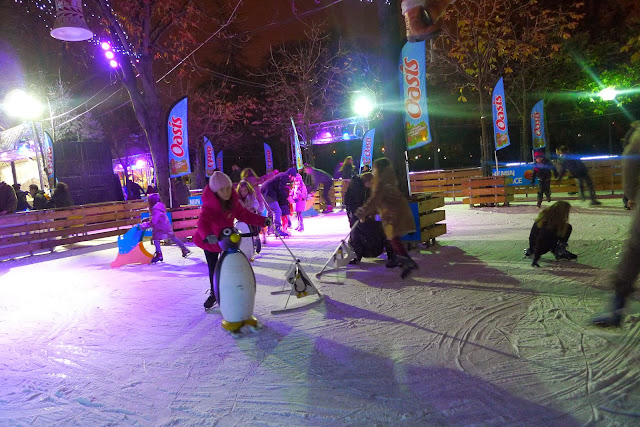 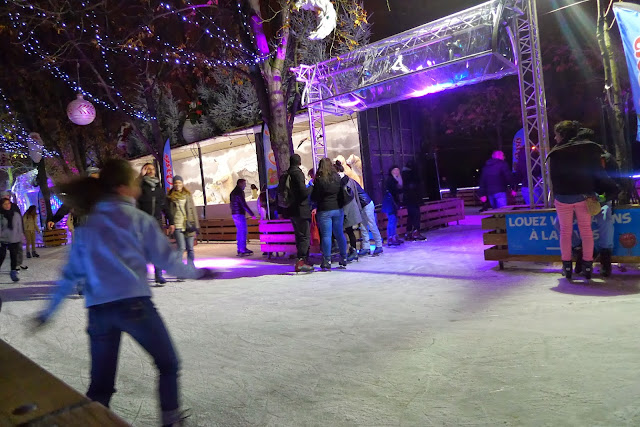 and one for adults, too.

Most of the food stalls do quite well as shoppers dine out while shopping or simply walking about the Christmas village - open day and night. 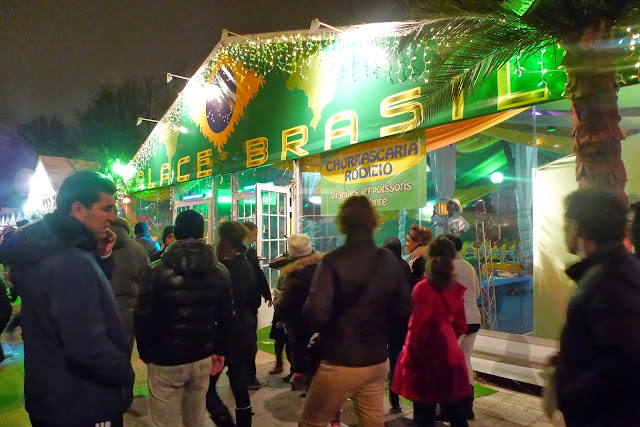 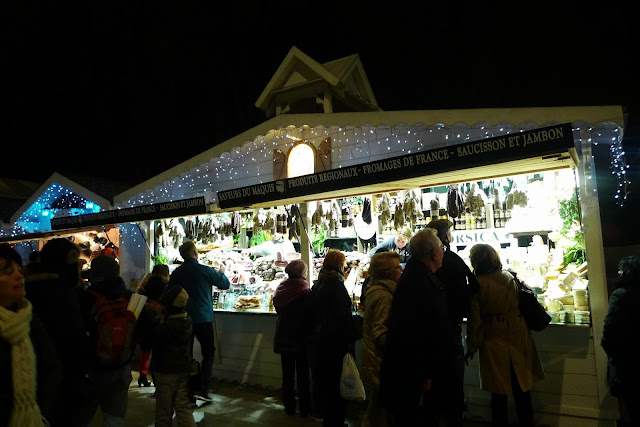 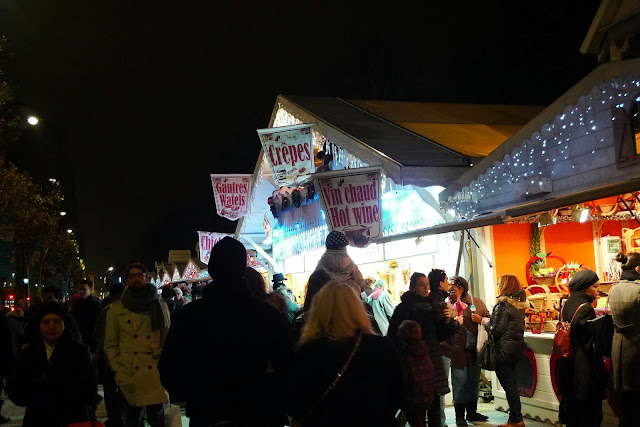 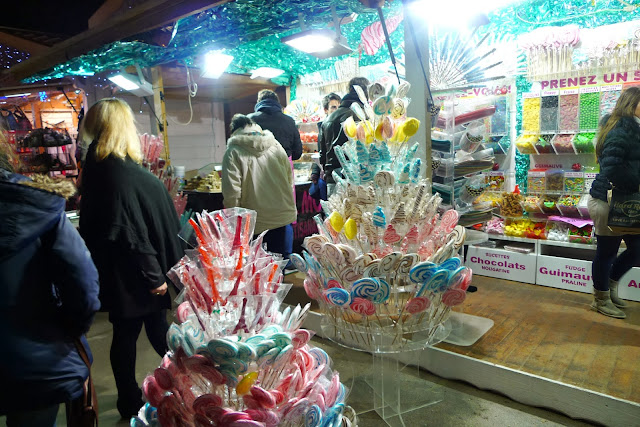 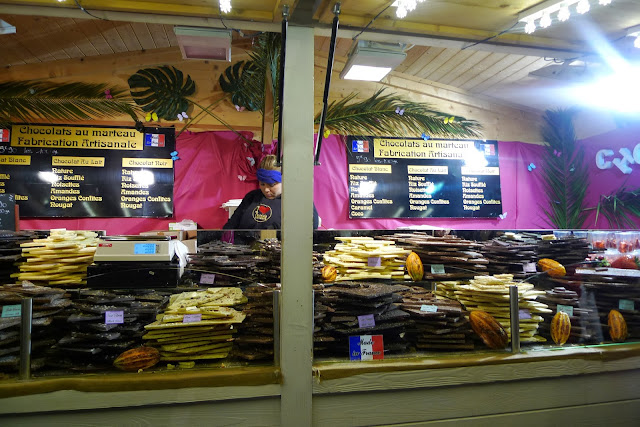 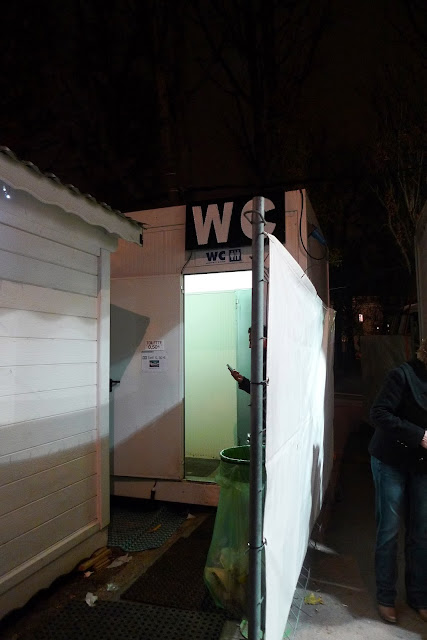 The toilets are easy to find on both sides of the street. Prepare 50 centimes to get in. 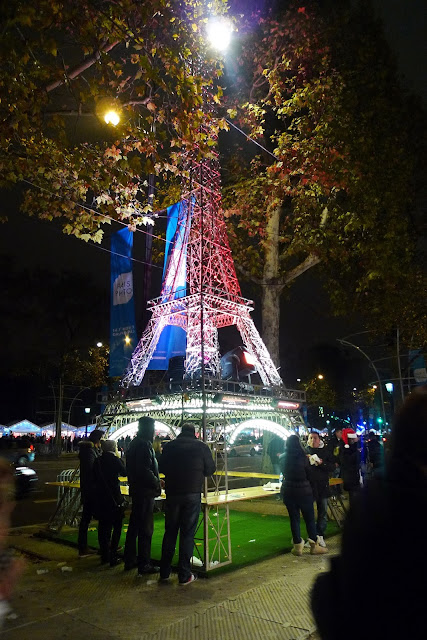 Just in case you missed seeing the Eiffel Tower, here is a replica to behold. 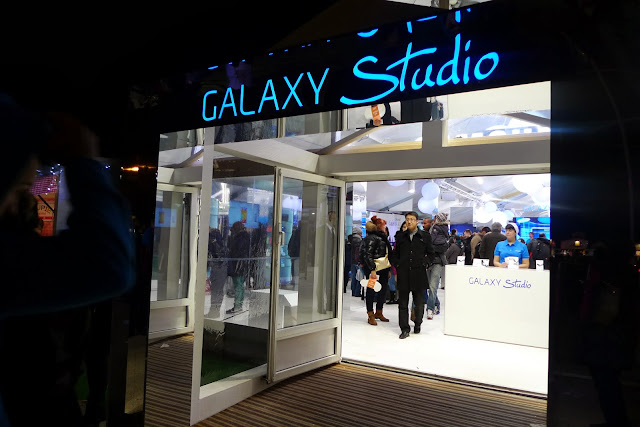 The Galaxy Studio - a showroom for the latest Samsung products 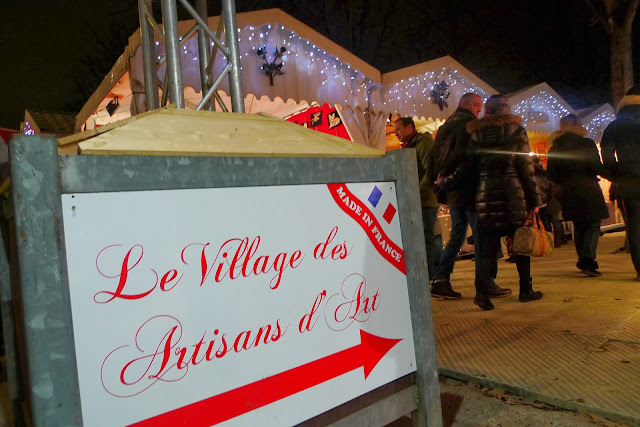 Some vendors were inviting visitors to check out MADE IN FRANCE products by emphasizing that their products were not made in China. 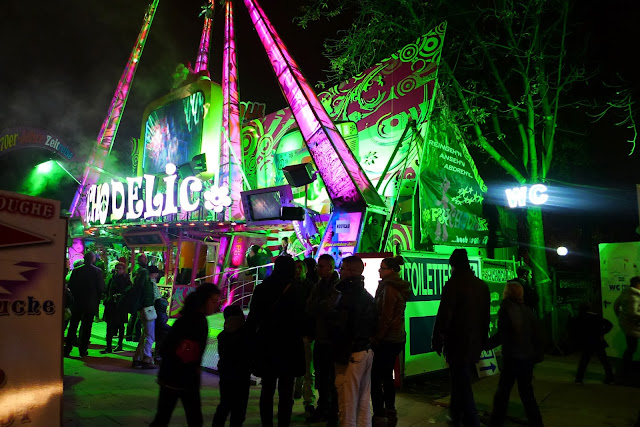 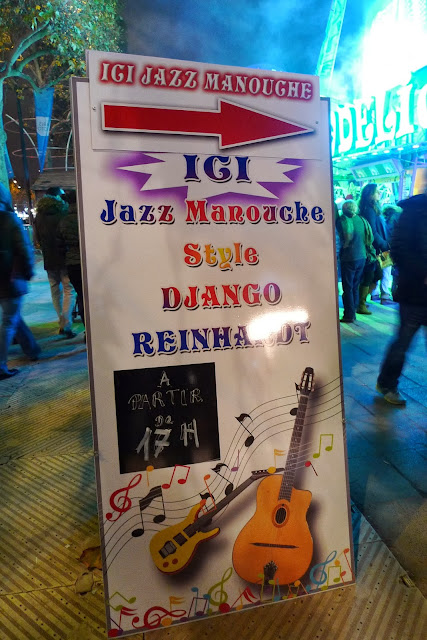 Django Reinhardt (January 23, 1910 - May 16, 1953) was a French-Gypsy guitarist and composer who earned the distinction of being one of the greatest guitar players of all time. He was among the first European jazz musicians who contributed much to the genre. Notable about him is that he only used to use his index and middle fingers on his left hand while playing his solo pieces. He had lost the use of his third and fourth fingers after suffering an injury in a fire that caused his fingers to become paralyzed. Here is a sampling of his music. 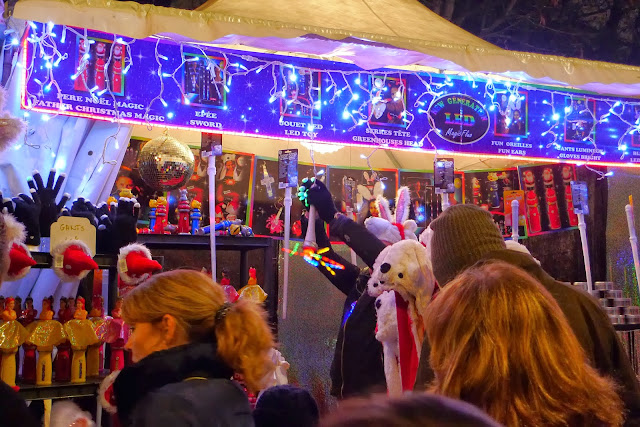 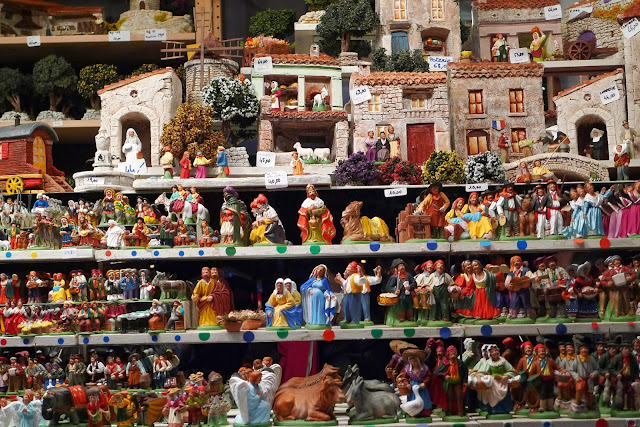 "Santon" creche and village figures to create your Christmas scene 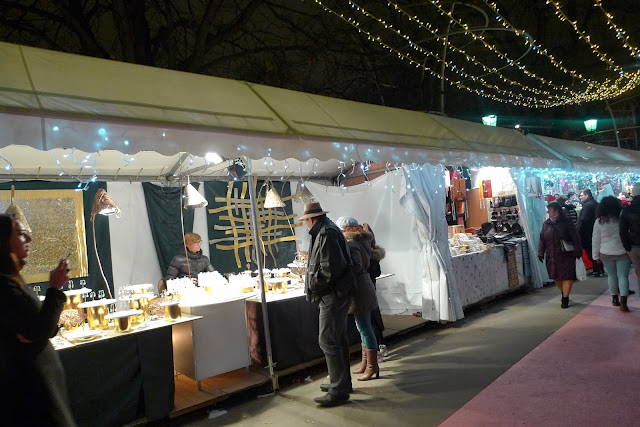 hand-made lamp shades, candle shades by the artist/vendor, on site 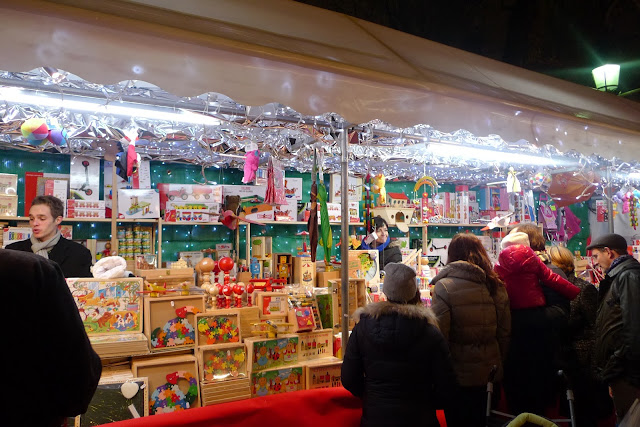 toys for the tiny tots 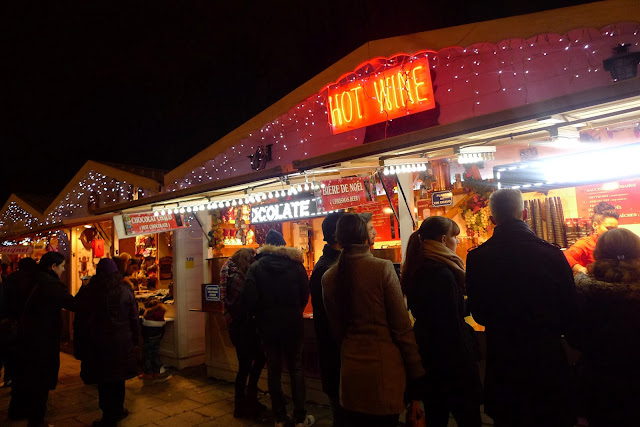 Our walk is almost over. How about a last bite and drink for the night? 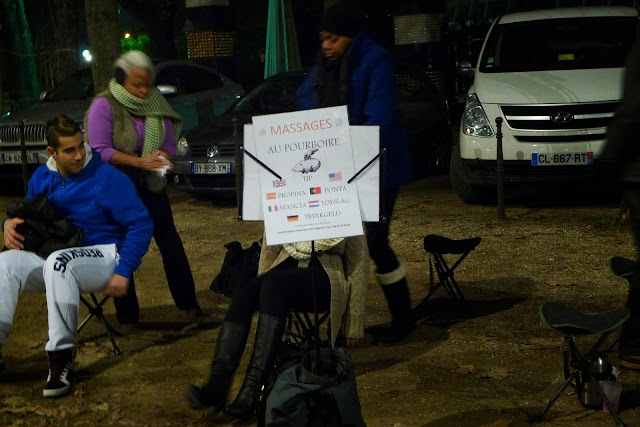 A relaxing way to end our visit to the Christmas village is to have a free-ten minute massage service, for a tip.

A visit to the Christmas village - as you can see, can be turned into a family affair, a time with friends, or a date. Shop, eat, and have a good time.

This holiday season, there are other Christmas markets to visit in Paris - at the Trocadero, at La Defense, and a few smaller ones around the city. I love this season!

Happy holidays!
Posted by yolanda at 02:29