Noticing how crowded this place was, we began to inquire about what was going on in Assisi. Then, all too soon, we saw all the posters plastered all over the place.


In the beautiful, spiritual town of Assisi the locals and the foreign guests are treated to the celebrations of folkloric traditions which have transformed from their medieval roots to present-day festivals. In the month of May, Maia and Flora - Roman goddesses, were revered with the coming of each spring. This joyous celebration during the middle ages was turned into Kalende de Maggio,  with young girls dancing and singing, going around the streets into the square. 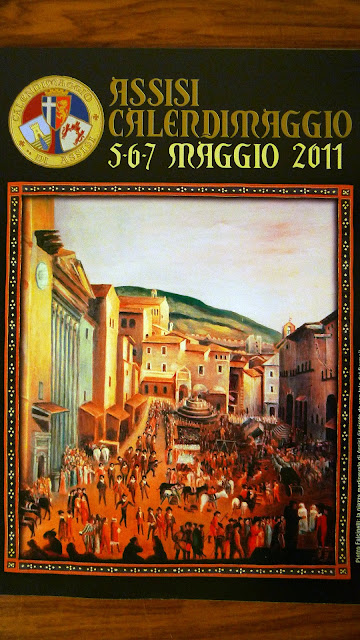 The Calendimaggio was originally celebrated by the Celts at the onset of summer when they took their sheep to graze for six months. The celebration included having banquets and bonfires, with street dancing on the top of the hill. This primitive practice was believed to bring prosperity and protection to the town's people.


With the transformation over time, this pagan festival was reenacted in Assisi every year, on the eve of May Day. 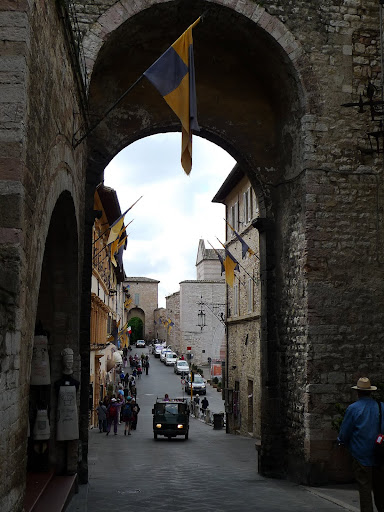 The whole town is decorated with banners to commemorate this tradition.

This festival celebration has taken a spiritual turn as it is now dedicated to St. Francis. It is  celebrated on the first Thursday, Friday, and Saturday in the month of May. Beginning with a medieval procession and a torch-lit parade, the citizens of Italy and her guests are treated to something of old, with the special preparation to feast on a traditional cuisine of Porchetta - the roast suckling pig.
My friend and I couldn't resist on trying out this feast - their Porchetta. 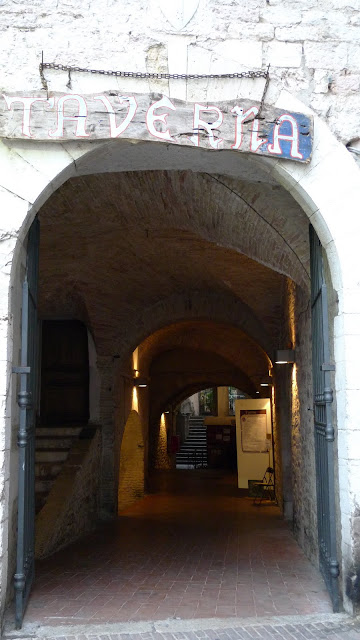 We found the Taverna de Calendimaggio that has been set up just for this festival period, situated unter the city hall of Assisi.
They had the best presentation of the roast pig. After all the walking, we were famished and ordered two versions. 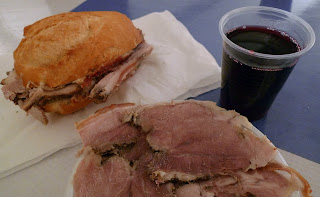 Thin slices of Porchetta are usually served in a piece of bread, but I requested mine to be just plain meat. After the meat is sliced, it is lightly sprinkled with salt. With a glass of red wine, this was four euros. It was tasty and it reminded us of the roast pork in the Philippines, Lechon. This was our starter course as we really wanted to order the special of the day, Bacala (cod fish) and Tripa (tripe). We had to wait for another thirty minutes for that.
While we were eating, we were treated to a show on their television screen of "Calendimaggio 2010." 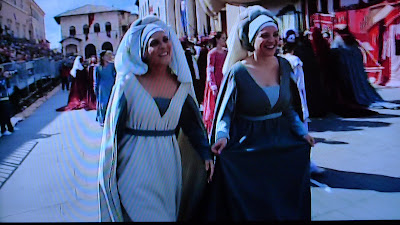 In a cast of hundreds, the local citizens turned-actors come out in a range of period costumes. 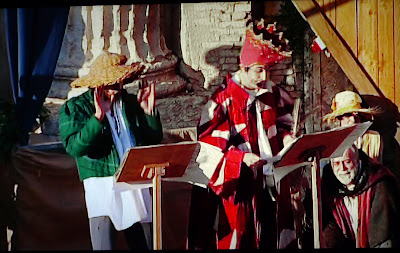 There are competitions with love songs, games,... 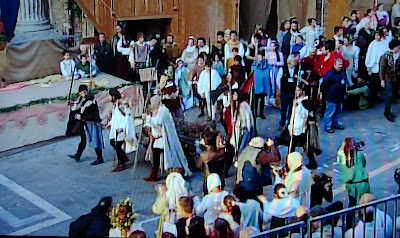 and other events. The competitions lead to winning the prestigious Palio between the two districts. 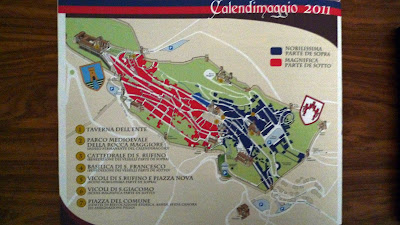 This city map details the areas that were once occupied by two classes of people: Nobilissima Parte de Sopra - the noblemen who lived in the hills (blue area), and the Magnifica Parte de Sotto - the town's people who lived in the lower grounds (red area.)
This competition reflects the rivalry between the Fiumi and the Nepis family for supremacy over the land for two centuries, in the 1300s. 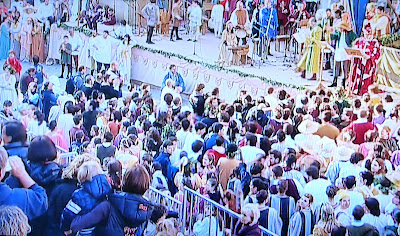 The audience is invited to participate, too
At the end of the festival presentation, a jury - consisting of historians, musicologists, and artists awards the festival prize to the district that best presented their interpretation of the return of spring in music, dance, songs, and costumes, races and games.
Soon, it was 7:30 p.m. 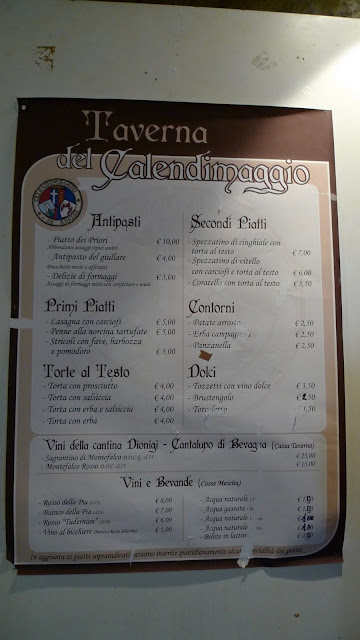 After reading the menu, we made our choices based on what we could somehow understand. We found out that there was a system to order. 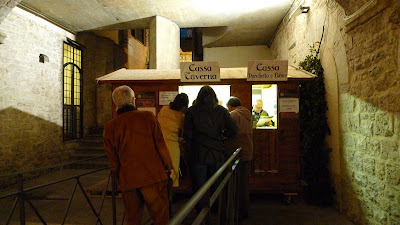 Outside, by the entrance, we got into the line and were given an order form. We indicated our table number and the quantities of what our specific orders were. We chickened out of ordering the tripe and settled for the same fish course. 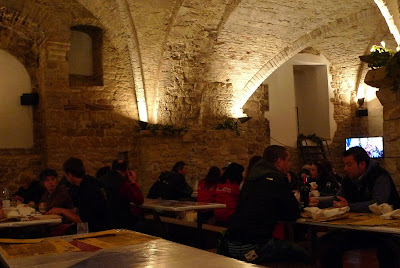 Back in the dining hall, we waited. 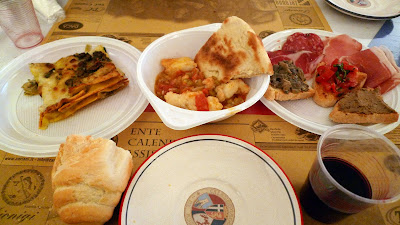 These are what arrived:
Lasagna con Carciofi (artichokes)
Bacala (cod fish in a chunky vegetable sauce) and plain torta - a thick flat bread;
Antipasto con Giullare ( bruschette and slices of salami and dried ham).
The small plates with the coat-of-arms design was given for us to use and to take home as a souvenir. 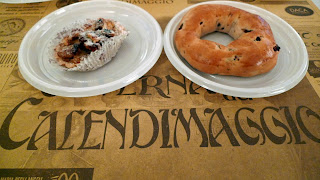 From the dessert case, I pointed to have these two. The first was like a fruit tart with apples, raisins and cinnamon. The second one was like a raisin bread.
This meal was wonderful. It was comfort food at its best.
That visit to Assisi for one day and one night turned out to be more than a pilgrimage. We learned something more about their history and culture. This festival, they say, is something to watch and enjoy. Maybe, next spring.
Posted by yolanda at 03:12