Around Paris: Lunch Time and Tea Time in Saint-Germain-des-Prés

When ever you travel or visit a place, when a local person tells you where to go to experience a delightful meal at a very reasonable price, take down notes and go. 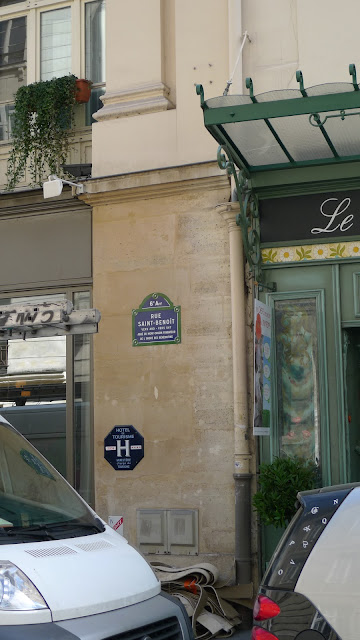 In our case, a friend of mine and I were led to a little restaurant, by our common French friend, in a side street from the Boulevard de Saint-Germain-des-Prés. 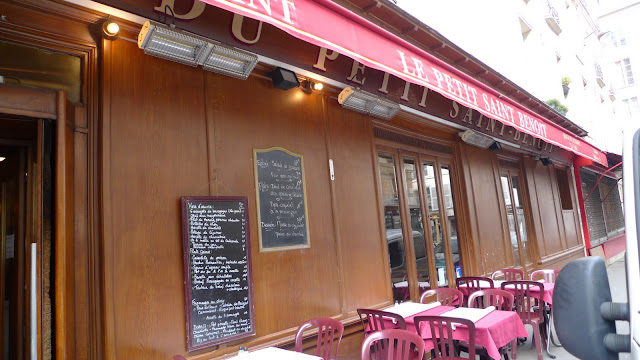 Tucked away on rue Saint-Benoit is Le Restaurant du Petit Saint-Benoît, established in 1901. After being around for over a hundred years, this place would be considered historical, right? 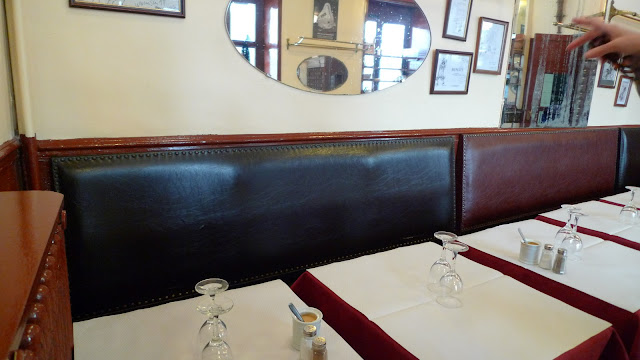 We took a little tour and inside, we found several frames hanging on the who's-who wall - about who has been here. There were artworks and autographs of French artists, intellectuals, and writers who frequented this place. 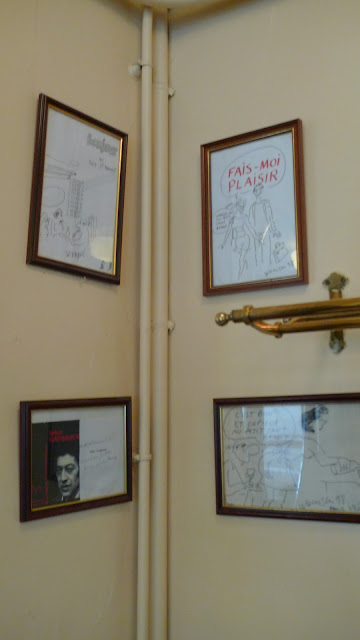 Among them were Jean-Paul Sartre (1905-1980, Nobel Prize in Literature in 1964; best known for his writings on existentialism),  Jacques Prévert (1900-1977, French poet and screenwriter who was active in the surrealist movement), and Serge Gainsbourgh (1928-1991, dubbed as the greatest French songwriter in the sixties and seventies who wrote and sang about his decadent lifestyle). 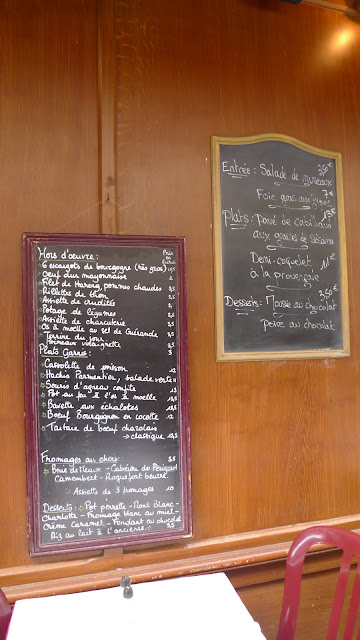 The weather had warmed up to 18°C, the sun was out and there was a cool breeze.  We came early enough to choose prime seating - outdoors. After we read the menu of traditional French food, our server came to give us the special for the day and that was what we each ordered. 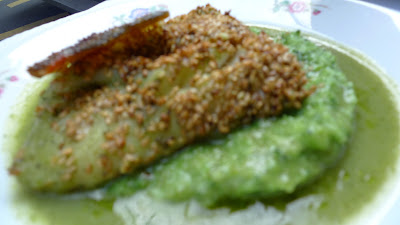 Pave de Cabillaud aux croûte de sésame
Sesame-crusted cod, the fried fish skin, with potato/broccoli puree floating on a blend of olive oil and the saucy part of the purée. This was simply outstanding, all for only13 Euros.
Le Restaurant du Petit Saint-Benoît
4, rue Saint-Benoit 75006 Paris France
Tel, no. 01 42 60 27 92
For our tea or coffee after our meal, our friend recommended that we walk down the street towards the boulevard to a special place to be among interesting people. 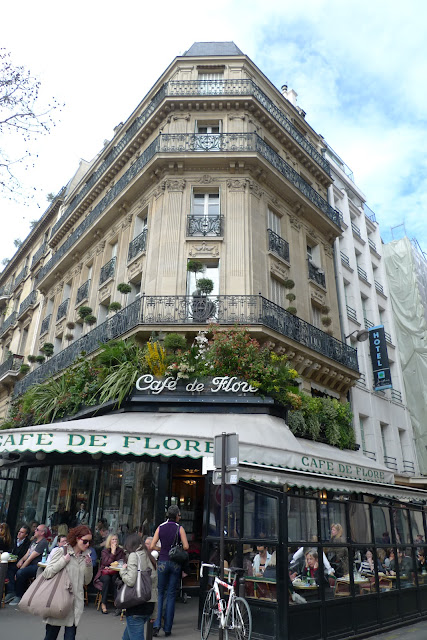 This is the place - Café de Flore - in art-deco style, which appeared on the scene in 1887. It is one of the most famous sidewalk cafés which was popular among the 19th century French personalities, and now frequented by the modern-day French intellectuals and artists. 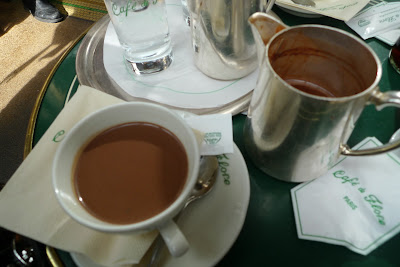 We ordered the decadent chocolat de Flore, instead, and while we were sipping our hot choco drinks our friend identified the person who was previously seated at our table in the covered-outdoor section as a French writer; and someone who she thought was Amanda Lear, who was seated inside, within direct view of where we were seated.
Amanda Lear was the model who posed for Salvador Dali in some of his paintings and was his confidante for seven years. She was a fashion model in the sixties, a disco queen in the mid seventies, a television personality in the mid eighties, and has been dabbling in television and the movies, music, writing and pursuing a painting career since the nineties. 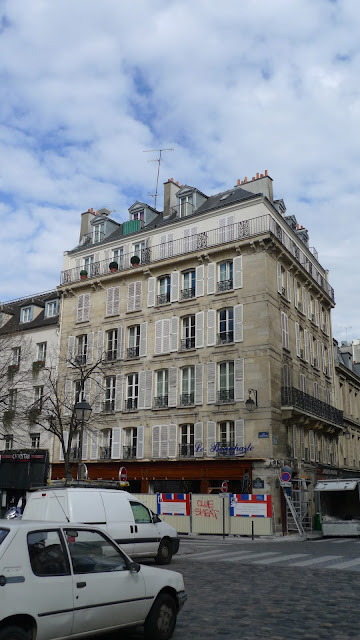 Where Jean-Paul Sartre lived, diagonally across from l'Eglise de Saint-Germain des Pres, just a short walk to Café de Flore
Back to Jean-Paul Sartre - he used to meet up with Simone de Beauvoir at Café de Flore. These two had a relationship as "intellectual equals" and they made their life commitment to each other with an open-relationship, fashionable - "with the freedom to love others with openness and honesty". One of her writings entitled Le Deuxième Sexe (The Second Sex) was about how "one is not born a woman; one becomes one." This work established her as a "political and philosophical thinker" and summed up the defining points of the women's liberation movement - for equality and independence. She dedicated herself to the feminist movement.
It was an afternoon of reminiscing about some of the noted french personalities of an era gone by. There are many more tales about this section of town...if only the walls could talk!
Café de Flore
172 Blvd. Saint-Germain-de-Prés, corner rue Saint-Benoît
75006 Paris, France
Tel. 01 45 48 55 26
Posted by yolanda at 13:44