Gone are the days of the Disney Electrical Parade.  World of Color is the latest nighttime finale show at Disneyland's California Adventure, which premiered last June 11, 2010. The entire show, designed by the Walt Disney Creative Entertainment cost $75,000,000. 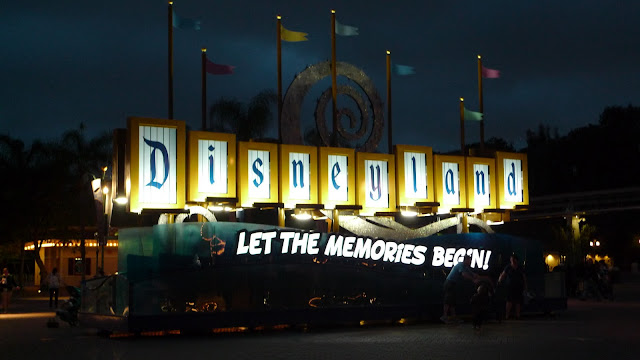 The tables are turned. Now it is my daughter who takes me to Disneyland. To be a kid again for 2 hours, I willingly dropped everything to catch  the finale show for the day, "World of Color!" 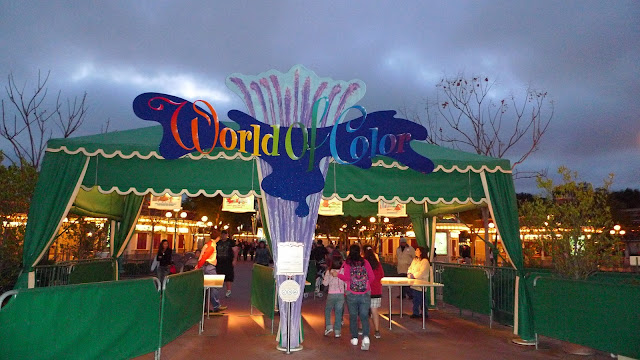 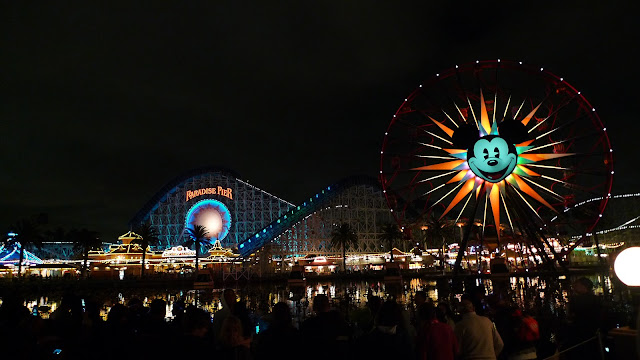 Paradise Bay is the setting for this much-awaited, daily evening show. We had situated ourselves in a pretty good place, going early enough to find our spot, heeding the warning that we would get wet. 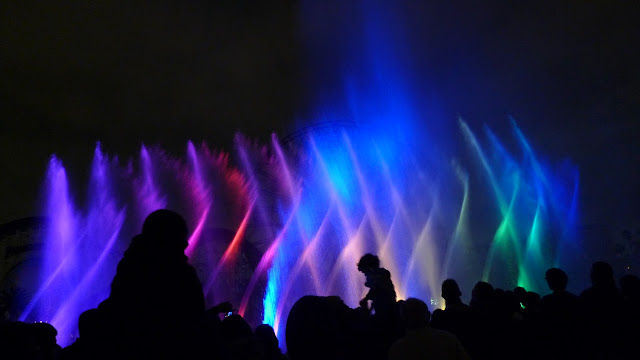 The show has been designed with the use of more than 1,200 fountains, including "lights, water, fire, fog, and lasers, with high-definition projections on mist screens," with music performed by the London Symphony Orchestra, as arranged by  Mark Hammond and Dave Hamilton.


Showtime - 8:15 p.m. First the fanfare, then the  water from the fountains shot up to as high as 200 feet, dancing in prismatic colors  to the music and the light settings... 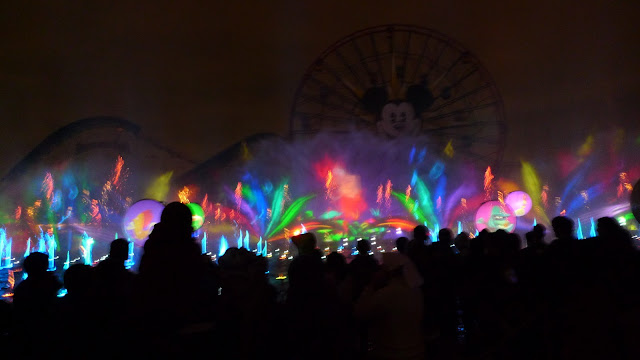 then, the images were projected on the high-definition mist screens.
Excerpts of the popular themes of the  Disney stories were shown, one after another. Here is a snippet - an excerpt from Pocahontas: http://www.youtube.com/watch?v=obZjQZedzSM. It was one of my favorite parts of the show. 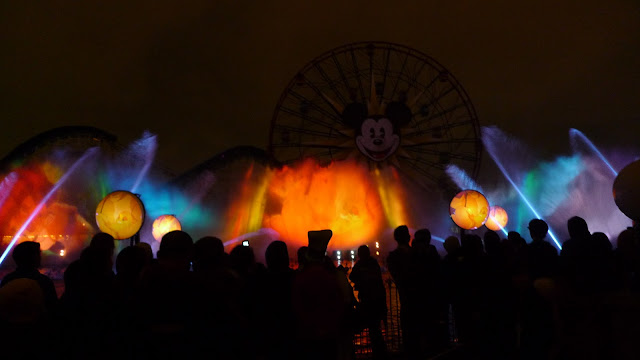 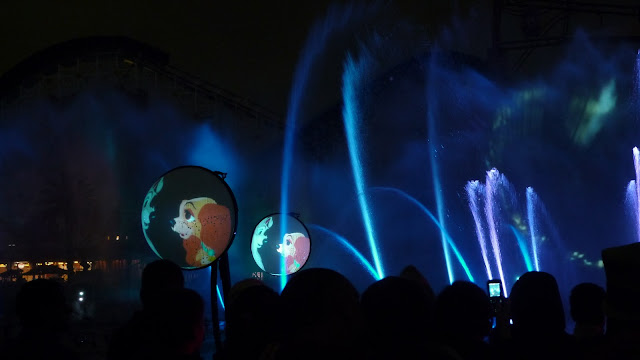 Projection globes came up, from time to time, with images of the characters of the featured stories.
Here is the finale number I filmed http://www.youtube.com/watch?v=FgEOTzpRnPA. As the show went on, building up to a climax, more water was shooting up and the misty rain started reaching the crowd closes to the water. We came prepared for this. 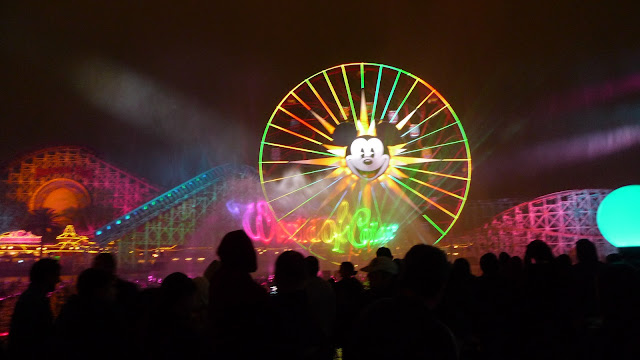 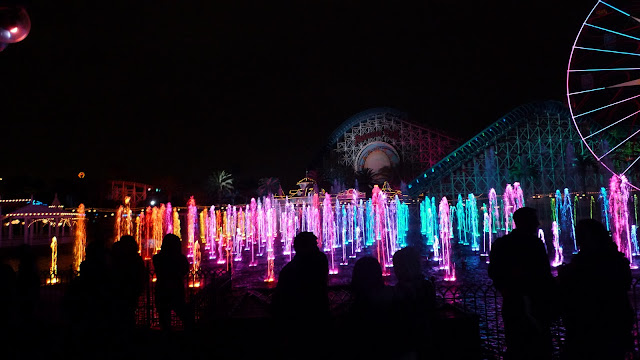 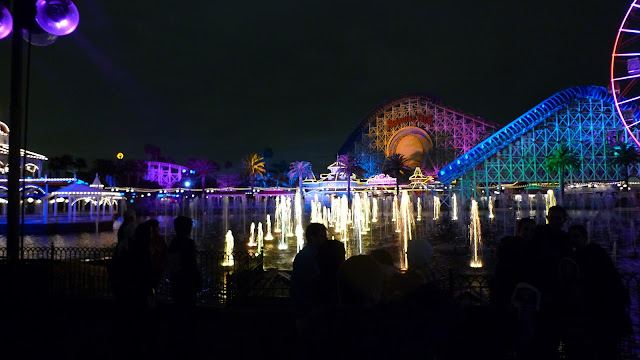 Little by little the image projections, the fountain's activities, the sounds, the light programs all came to an end. What a production that was. I was in awe and amazed at the creativity of all the geniuses behind this project.


Soon, California Adventure will undergo a refacing and be transformed into another era. While the show will continue to go on, it might be good to go and see the show now before the detours are set into place, due to the construction.


In the forthcoming project, the new theme will be reminiscent of the time when Walt Disney came to Los Angeles to pursue his dreams, circa 1920s. This will be a totally new place to look forward to. When it is all built, it will be another good reason to visit Disneyland.
Posted by yolanda at 04:21

Email ThisBlogThis!Share to TwitterShare to FacebookShare to Pinterest
Labels: Disneyland, World of Color