Welcoming 2011 by the Eiffel Tower

For the second time in a row, we were returning to the Eiffel Tower to welcome the new year, with much anticipation of seeing a grand show. After all, last year's light show was quite impressive. http://msellaneous.blogspot.com/2010/01/new-years-eve-09-light-show-at-eiffel.html

This time we were going to get balcony seats, so to speak, as we were going to my friend's apartment, just a stone's throw from the Eiffel Tower. How lucky we were, we thought, that we would not have to stand and wait for several hours, in the cold open-air. 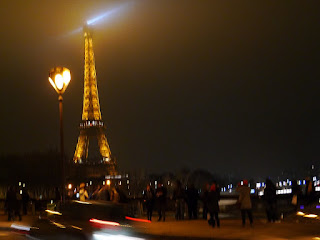 We were on our way by 9:00 p.m. While crossing the Pont d'Alma (bridge), we saw people starting to secure their places for a good view. 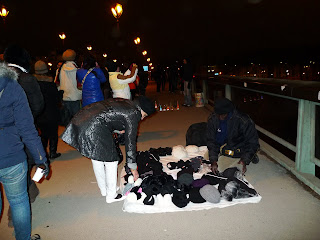 We passed some street vendors selling food, drinks and spirits, and much-needed accessories for the cold weather. It was 0°C "Feels like -3°C." 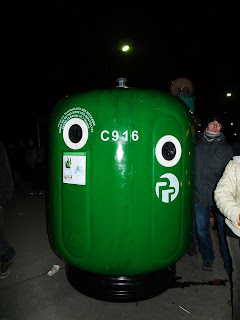 The repository for the soon-to-be empty wine and champagne bottles was temporarily set in placed. 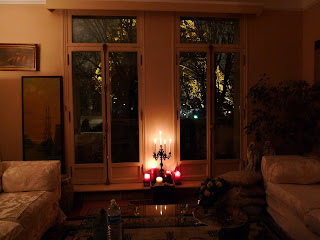 We settled down comfortably into my friend's apartment and set our food on the table. We spent the waiting hours catching up and eating foie gras with wheat crackers, hummus with corn chips, clementines, and drinking vin chaud (warmed wine with fruits and spices). 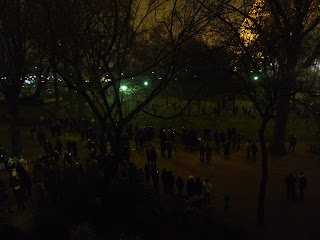 There were a few hundred people on the tower grounds, but thousands were waiting on the quai Branly, right in front of the tower, and across the bridge on quai New York, by the Trocadero. 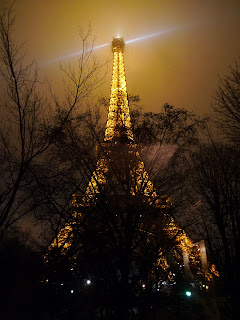 Looking out, this was the view of the Eiffel Tower from the second floor. 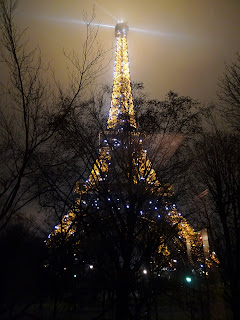 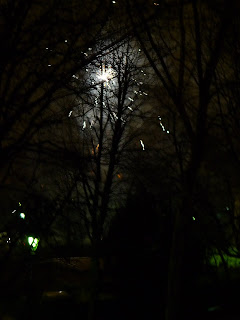 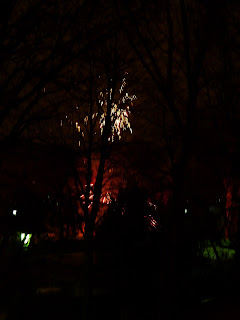 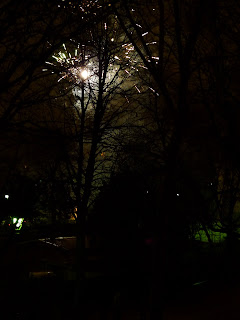 About 10 minutes before midnight, fireworks started to go off right behind the tower, which were organized by a group of private individuals. At first, we thought it was all part of the big production for the evening. 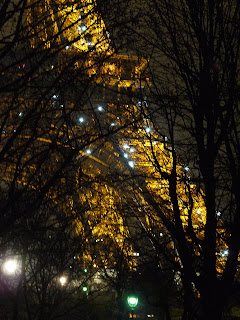 By 12:00 o'clock, midnight, the crowd broke into a thunderous applause as the twinkling lights came on once again. 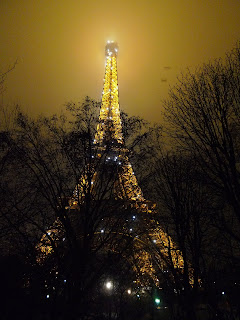 It went on for the usual 10 minutes. 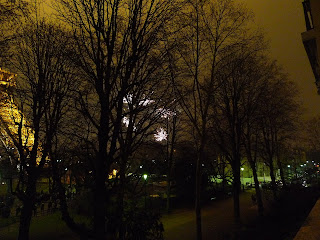 Then, some other fireworks went on somewhere else. We were waiting for more. But there was NO more! The Eiffel Tower just went back into its regular night lights.

The crowd was so very disappointed. Waiting all night for a show of sorts to welcome the new year and all we had was the usual twinkling lights that is seen nightly. What a dud! We might, as well, have slept through the night! It was so anti-climactic that when we wished each other "happy new year" it was about 15 minutes after the clock struck 12:00.

The crowd began to disperse. There were rowdy young ones, who had one too many a drink. We had to be careful to keep off their path. We also looked on where we were walking because of broken glass littered all over the street. I wondered if this broken glass from smashed bottles was a show of resentment over the disappointing program at the Eiffel Tower. Maybe, as there was a riot squad that we passed by and patrol cars all over the place. 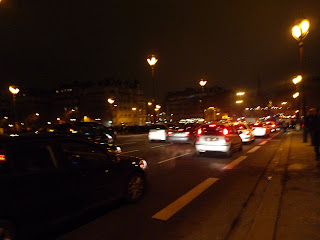 We managed to get back to cross the bridge. There was horn tooting, some loud music playing, or screaming from people in their cars, stuck in traffic. Luckily, we were walking. And soon, we were home sweet home.

As Barry Manilow sings, "It's just another new year's eve." And it was!