The Papal Basilica of Saint Mary Major, known in Italy as the Basilica Papale di Santa Maria Maggiore, is one of four papal basilicas. This church holds a special place in my heart, because of a relic that has something to do with the celebration of Christmas. 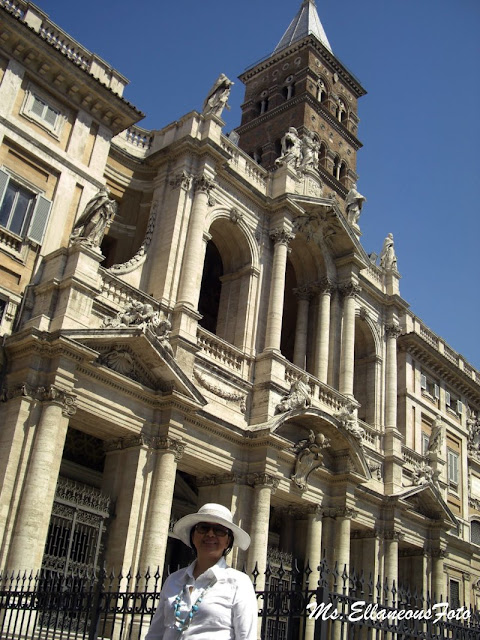 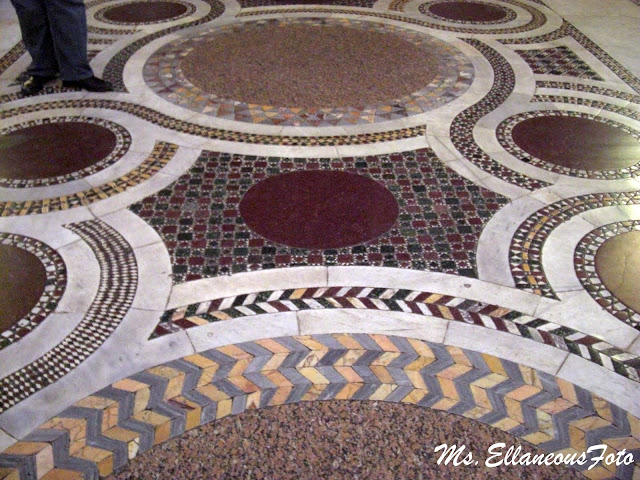 The first thing I noticed was the different mosaic patterns on the floor, which appeared to me as a symbolism of the Word as it is spread to the four corners of the world. 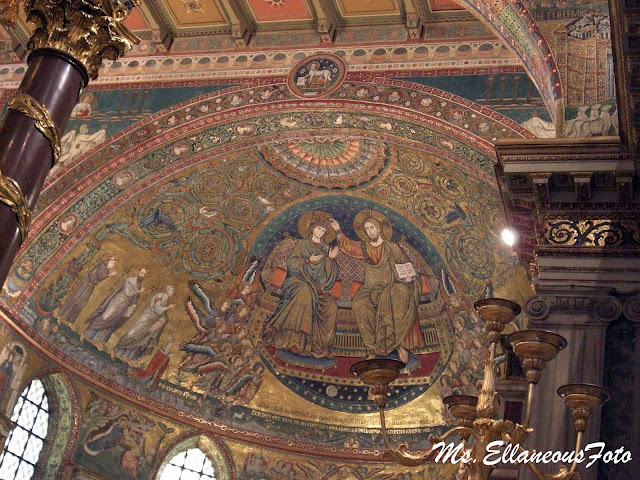 Among the mosaics found in Santa Maria Maggiore is this one, which is one of the oldest depictions of the Virgin Mary in "Christian Late Antiquity... The influences of these mosaics are rooted in late antique impressionism that could be seen in frescoes, manuscript paintings and many pavement mosaics across villas in Africa, Syria and Sicily during the fifth century." 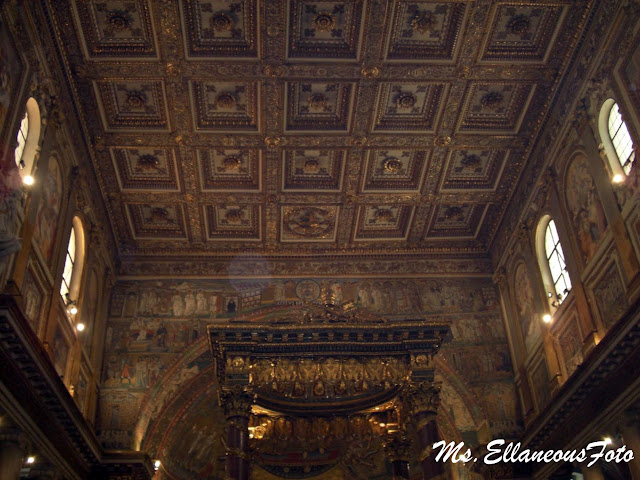 The ceiling detail of the basilica 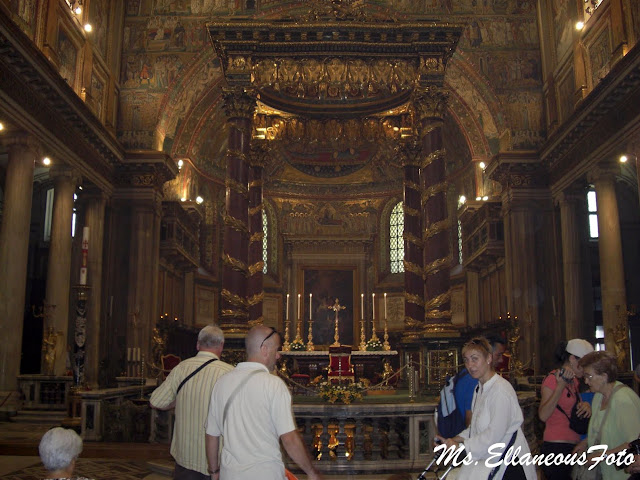 In the background is the altar. In the foreground is the nativity crypt, designed by the architect Domenico Fontana, to house what was presumed to be the relic of the Nativity crib. 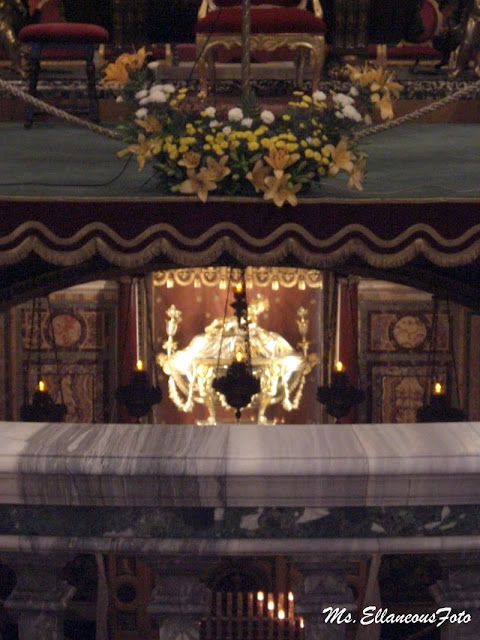 Frontal view of the reliquary 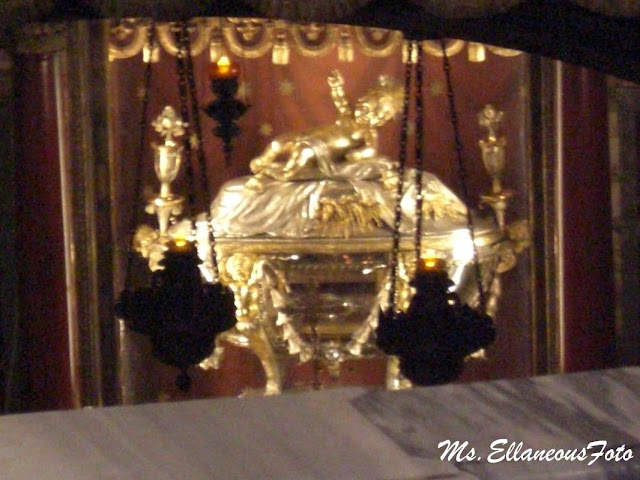 On the glass portion beneath the golden cover of the reliquary is a partial view of the manger. 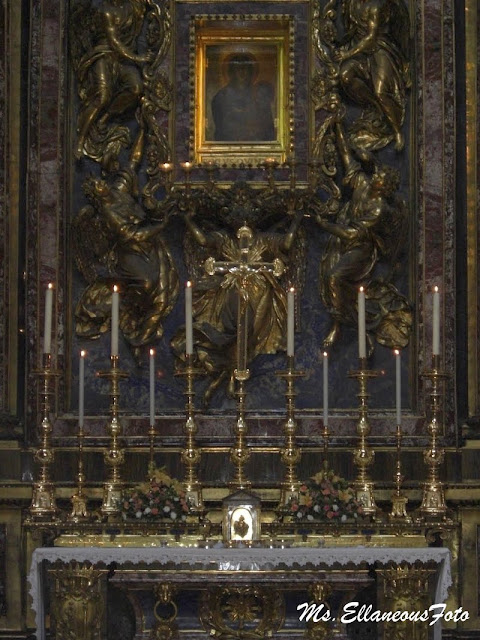 Here is a view of the famous icon of the Virgin Mary in the Borghese or Pauline Chapel of the Basilica. "It is known as Salus Populi Romani, or Health of the Roman People." The icon is  regarded as having miraculously helped to keep the plague from the city.  It is at least a thousand years old and traditionally believed to have been painted from life by St. Luke the Evangelist. According to published materials at the Basilica, radiocarbon dating establishes it to be approximately 2,000 years old, thus, "reinforcing its sacred tradition." 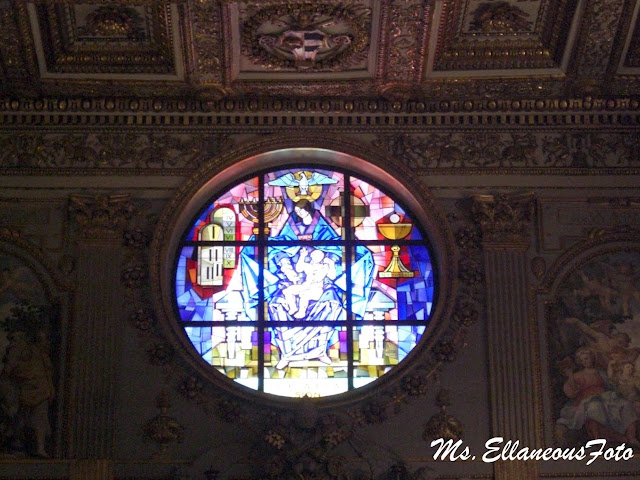 The basilica has undergone major reconstructions and renovations. By looking at this stain glass window, the design style and colors tell me that this came at a much later date. Consistent with the theme, the image is that of the Mother and Child.

It is not that I need relics to prove the birth of our Lord, but seeing one brings me closer to his personhood, as I imagine seeing Him on the manger.
May I wish you a very merry, blessed Christmas and a new year full of divine blessings.
Posted by yolanda at 21:34