Rome: Part 3 - Sunday, on the Piazza with the Pope

For Roman Catholics, the Vatican is a major pilgrimage destination. It is where the Holy See is, where the pope - the successor of Peter, resides as the bishop of the diocese of Rome. 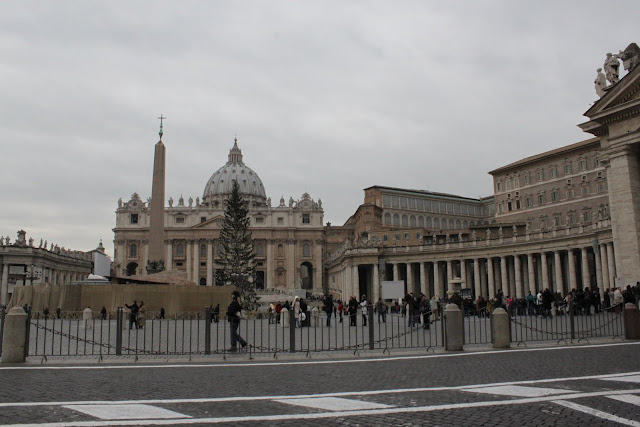 This square in front of the basilica was redesigned by Gian Lorenzo Bernini from 1656 to 1667. It was precisely designed so that many people could see the pope give his blessings, either from the forefront part of the façade of the church or from one of the windows in the Vatican Palace. 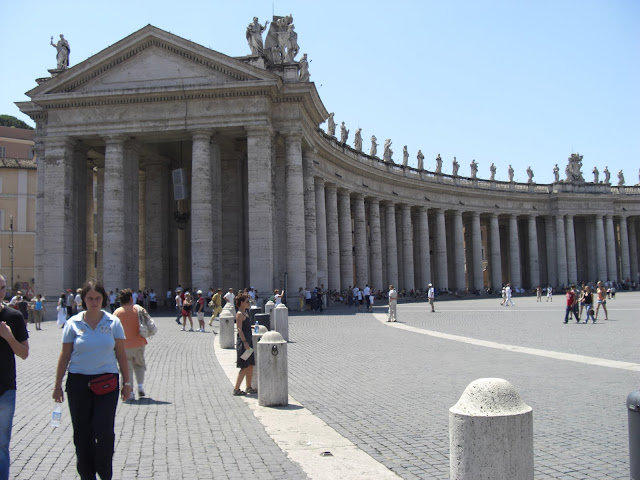 Part of the Vatican Palace rises behind the colonnade. Bernini, who had been working on the interior of St. Peter's for decades, was also asked to reorganize the open space. Included in his plans was designing the colonnades, in Doric style. 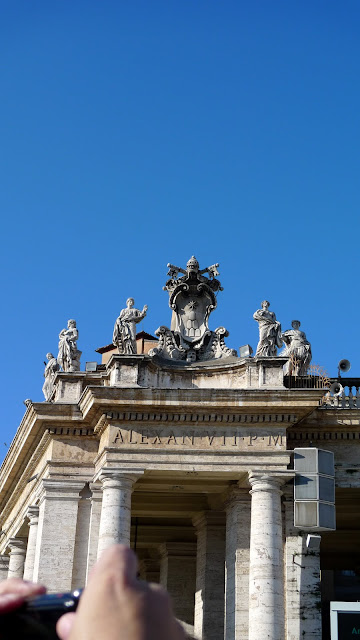 Here, the pope's coat-of-arms design is perched up at the beginning of the colonnade structure. 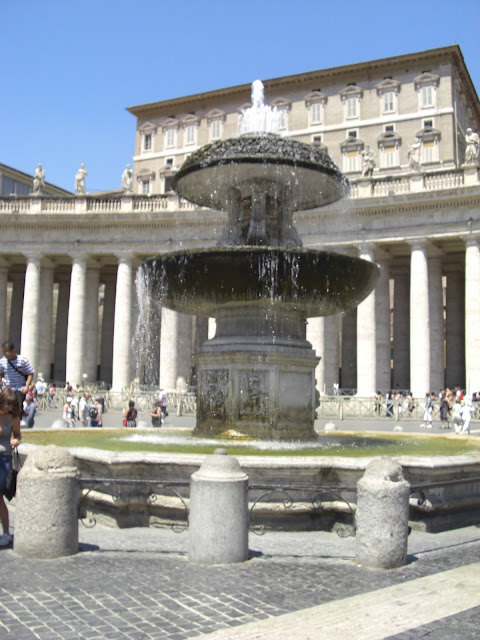 Bernini made the fountains as the foci of the ellipse-shaped piazza, with the colonnades looking like arms about to embrace them. 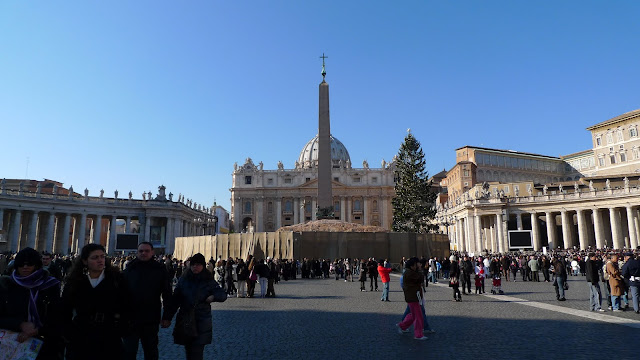 My family and I joined the rest of the people gather around, after hearing the 11:00 a.m. mass, at St. Peter's square, in anticipation of the pope's appearance at about noon time. It was a Sunday, and Sunday is the day of the week when Pope Benedict communicates with the pilgrims in Rome, on the square.

At the center of the piazza stands an Egyptian obelisk of red granite, used as a centerpiece for the piazza by Bernini. 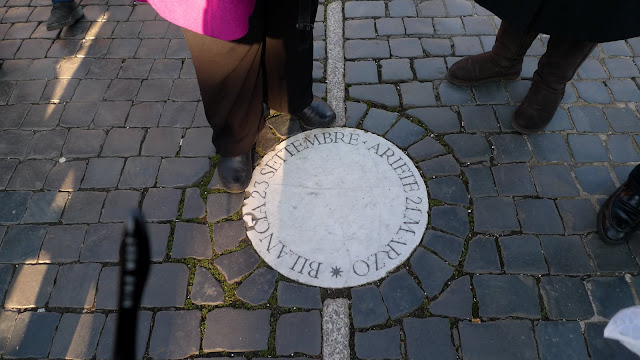 I call this point zero, from which one stands to see all the columns in the colonnade become a waved wall with no spaces in between. 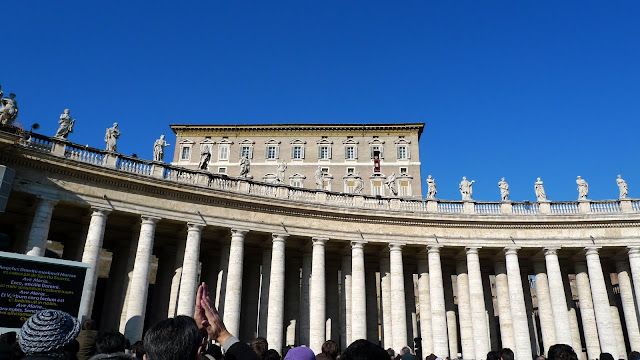 The crowd applauded as the flag was let down, indicating that the pope would be making an appearance, soon. 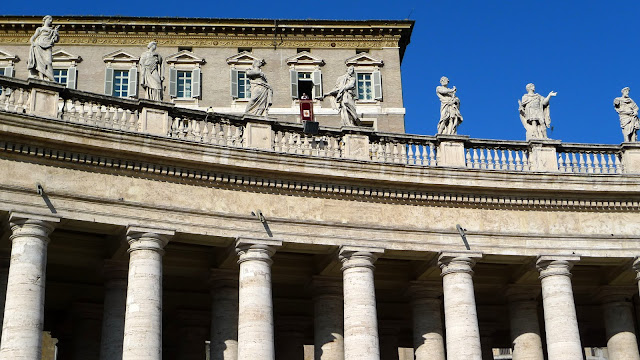 When the pope showed up, the people welcomed him with a warm applause, some waving their white handkerchiefs, and group banners were propped up to be seen. It was the pope's turn to welcome us. He named the countries from which groups of pilgrims came from, delivered his brief message in different languages, blessed the religious articles and then he gave his blessings. 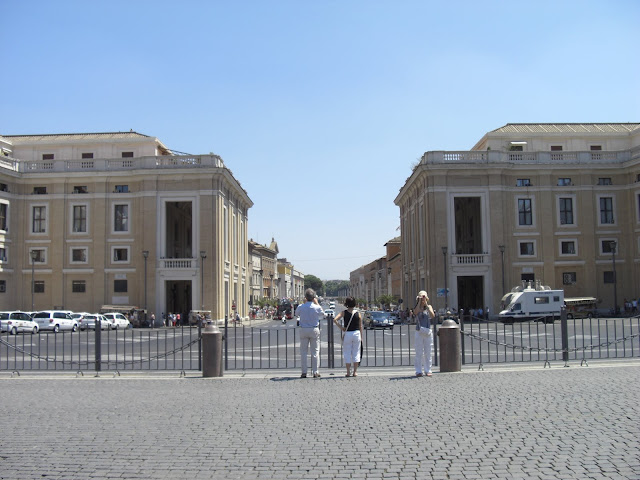 Soon after, the people - feeling blest to have been present for the pope's blessings, began to disperse, some through Villa Della Concilazione, and most likely heading to lunch at a place, nearby, or to do more sightseeing.
We were getting hungry and we decided to go to Hotel Columbus, which was just about a 10 minute walk. Let me tell you - this place was beautiful!
Posted by yolanda at 05:07