Rome: Part 1 - The Christmas Season at Piazza Navona and the Spanish Steps

I had an invitation to go to Rome to meet up with family. What a treat it was. After checking into our hotel, our first stop on our walk was the Christmas market at Piazza Navona.
As I looked for what was new, I was so enthralled to see the stalls carrying the Bethlehem scenes and characters, as it reminded me of my childhood, and when my kids where young, when they participated in the manger scene characters as the three kings. 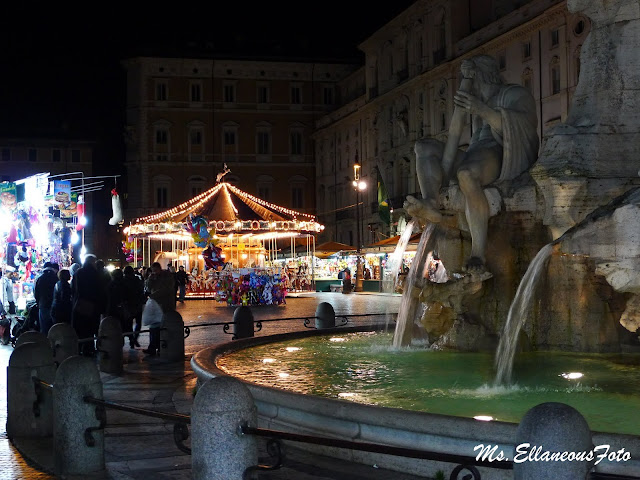 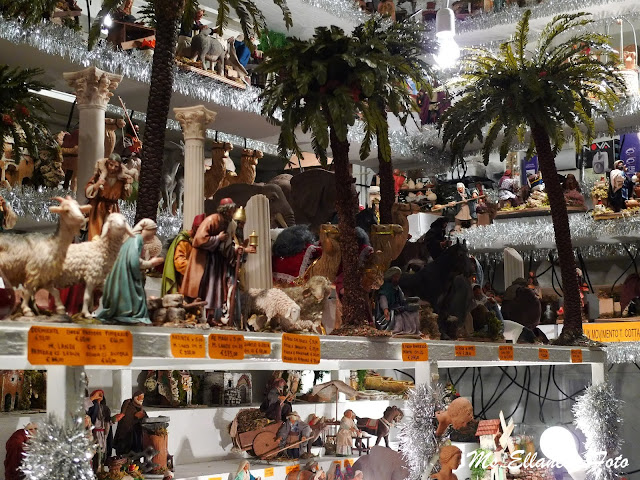 The principal characters for the Christmas scene 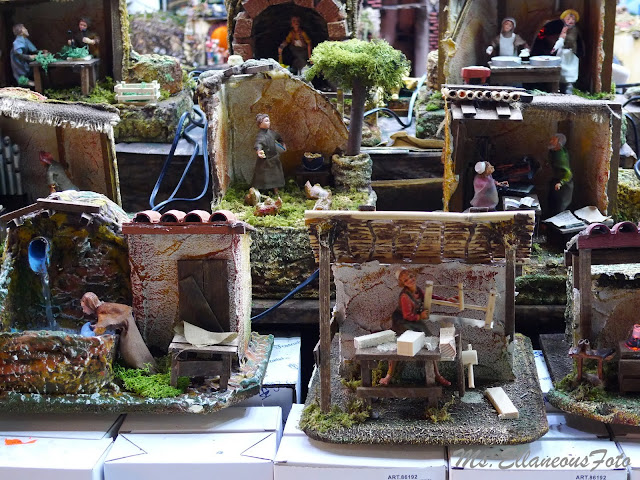 New this year: automated scenes of local tradesmen at work 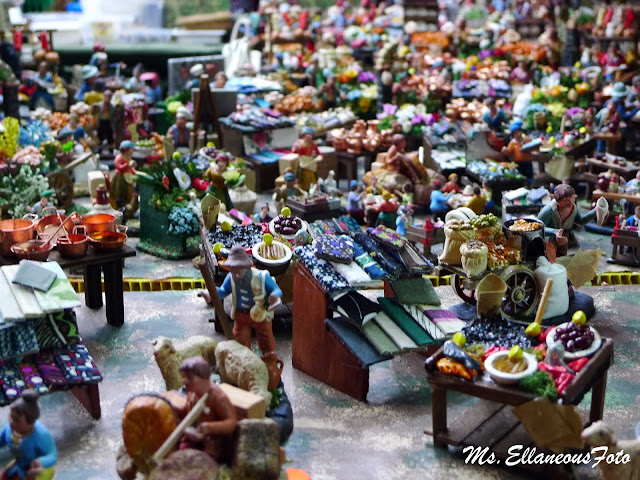 Village people at work, to add to the Italian country-side setting around the manger scene. 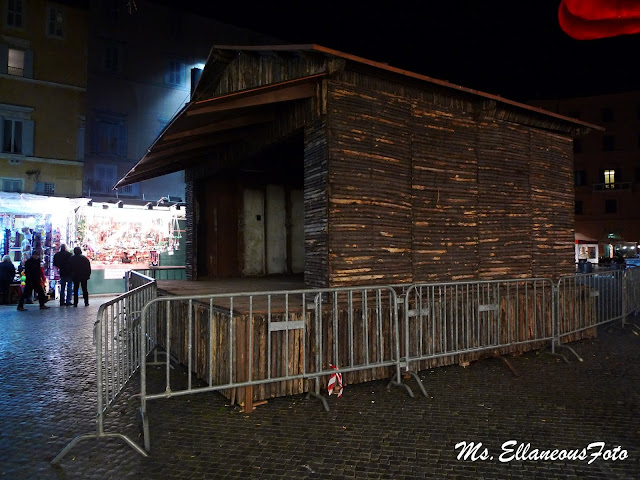 This structure will be used as the setting for a live reenactment of when Christ was born, on the eve of and on Christmas day. 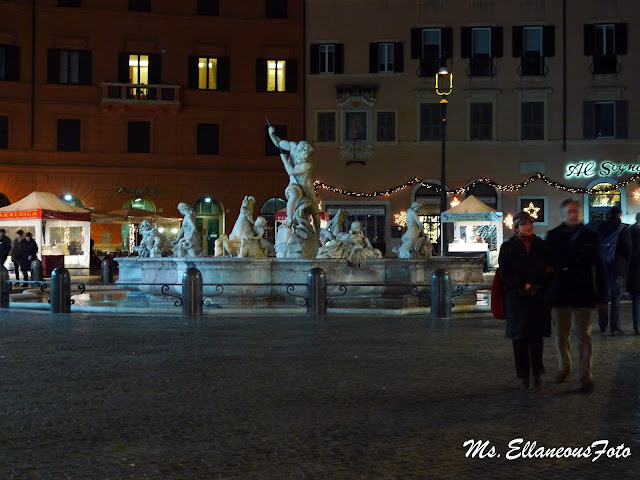 As soon as we left the piazza, we headed towards the Spanish Steps. There's a bit of history about these famous steps. 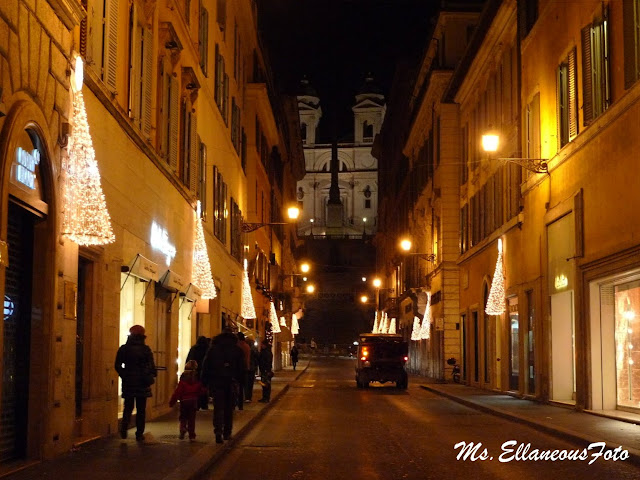 On via dei Condotti, the place was deserted as it was late at night. When we got to the piazza of the Spanish Steps, we noticed that the Christmas tree lights were turned off. 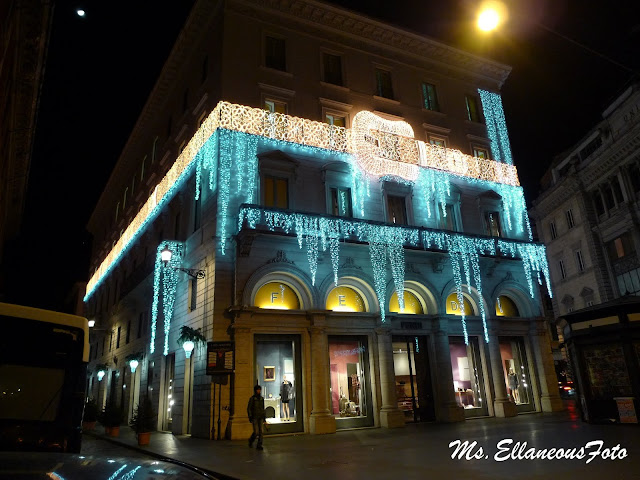 The Fendi building was the most brightly lit place. 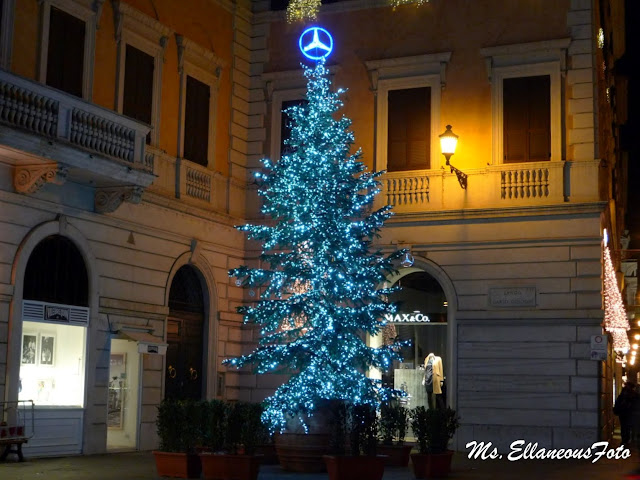 The Mercedes Benz Christmas tree
The Spanish Steps was a design solution by a young architect, Francesco de Santis, to connect the French Church of Trinita dei Monti that was built in 1425 at the top, to the area below. With his elegant design of twelve ramps leading down the staircase of 138 steps, he was able to get both the French and the Papacy, who had their own issues against one another, to approve this design solution. The execution of the architectural design was funded by a French diplomat, Étienne Gueffier.
In 1723, this became the grand, marble staircase leading to the piazza below. Since then,  other elements have been added. The Sallustian obelisk that was brought to Rome by Octavian Augustus was installed at the top of the staircase in 1789. At the staircase landing, in the piazza, the Barcaccia - a fountain designed by Pietro Bernini in the shape of a boat was added, below the road level, in 1629, as commissioned by Urban VIII Barberini.
When in Rome, a walking tour of this area is a must. From the top and going down down to the piazza leads to the high-fashion houses on via Condotti and  galleries along via Margutta,  for your shopping experience. The cafés and restaurants are tucked in the little streets from via del Babuino, with a few serving what seemed to be delicious, home-cooked meals.
The name of this place -  Escalinata Española (in Spanish) or Scalinata della Trinità dei Monti (in Italian) was in honor of the connection, by location, of the Bourbon Spanish Embassy (ambassador to the Holy See) to the French church. The Bourbon kings of France were the patrons for the  church.This was a neutral name that was acceptable to the French and to the Vatican.
In an area towards the via del Balbuino, it came to be known as Piazza di Francia. To this present day, the red house on the right side of the staircase - once the residence of the English poet, John Keats, is still there.
There is much history in this place that is omitted in most of the city tours of Rome. On your own, do an investigative tour and you will have a lovely time. This will be a treasure of discoveries. The Spanish Steps is visited by both the locals and foreigners. It is also a place of gathering for people and  a venue for occasional performances.

Same time last year, this was how it looked. 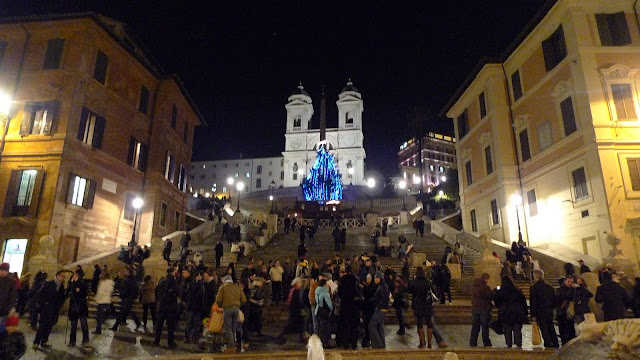 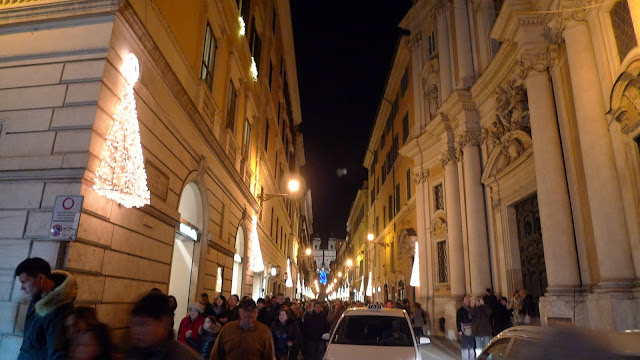 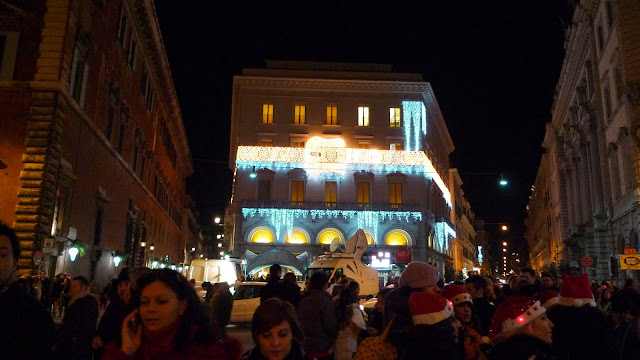 What a different feeling one gets when the place is filled up with people. You can feel the energy and the life of the place. 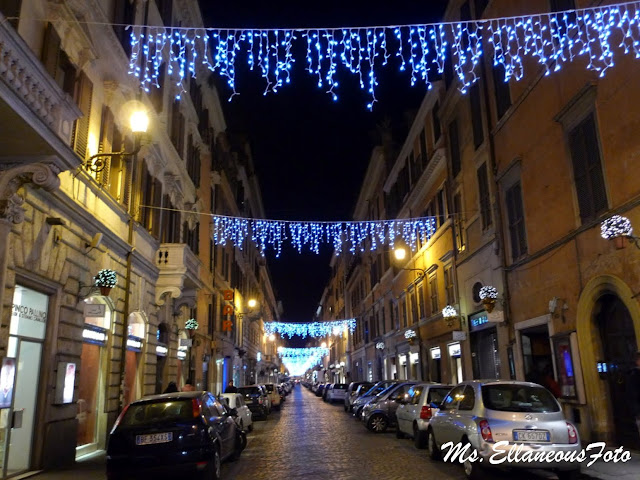 It was getting too cold and it was time to call it a day. We took Via del Babuino to get to our hotel. The next day, we went to Florence. I'll tell you about it in my next post.
Posted by yolanda at 19:29