St. Faustina of Poland - a Messenger of God's Divine Mercy

Sister Faustina, who was Helena Kowalska, was born on August 25, 1905, in the village of Glogowiec, in Lodz, Poland. At the age of 7, she had a very unusual vision - a vision of the Lord which lasted with her.

Because she came from a very poor family, she went to work at the age of 14, without completing elementary education. By the time she had turned 15, the call to a religious life was so strong that she informed her parents of her desire to enter the convent. 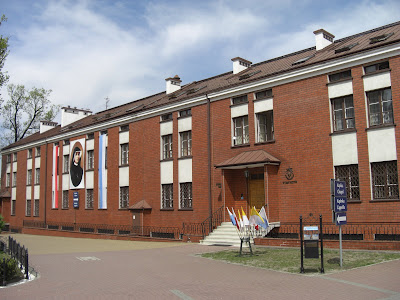 She entered the Congregation of the Sisters of Our Lady of Mercy on August 1, 1925, and went through her postulancy in Warsaw; later, she was sent to the novitiate house in Cracow. At her investiture, she was given the name Sister Mary Faustina.

After her second year at the novitiate, she made her first profession of vows on April 30, 1928; next, as a professed sister, she was assigned work in the various houses of the Congregation: in Warsaw, in Vilnius, in Kiekrz near Poznan, in Plock, in Biala near Plock, in Warsaw and in Cracow. On May 1, 1933, she took her perpetual vows.

All this time, Sr. Faustina was in poor health, and after only a few weeks of convent life her health began to deteriorate. She was afflicted with tuberculosis and suffered violent asthmatic attacks. Her condition worsened, that in 1936, she spent the last five years of her life in the hospital; and after having been brought back to the convent in Cracow, she died on October 5th.

In her short life as a nun, she was transferred to faraway places, one of them was to Vilnius, as she began to tell her mother superior of her visions and the messages from our Lord to paint a picture. Not knowing what to do with her, they wanted to keep her messages a secret and moved her around.

In Vilnius, she found a spiritual director who after awhile, began to heed what she had been sharing at the confessional box. But first, he asked her to write her message as often as she received them, and, thus, began her diary about the words of our Lord regarding his compassionate love and mercy for all.

Eventually, the priest - her spiritual director, commissioned a painting to be done based on Sr. Faustina's vision. The painting was kept in a dark room, but a couple of years after her death, it was hung at St. Michael's church. The messages began to spread, too, and it became a popular devotion, until the Vatican decided to put a stop to it. The ban lasted for 20 years. When John Paul II canonized Sr. Mary Faustina Kowalska on April 30, 2000, the Divine Mercy Devotion was officially approved by the Catholic church and revived. 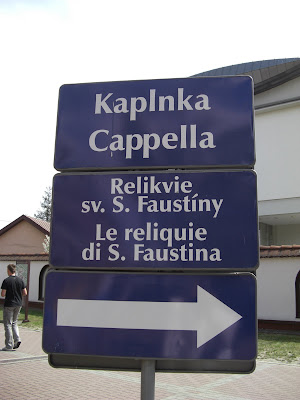 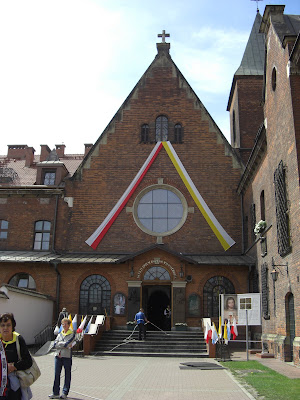 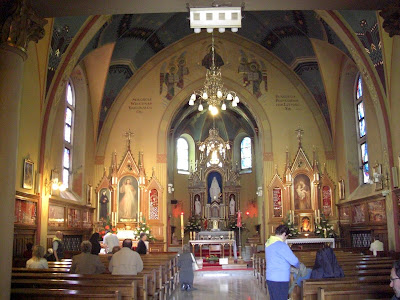 The CHAPLET and Novena of The Divine Mercy

Talk about a nobody, uneducated, insignificant person by worldly standards, yet St. Faustina was chosen by our Lord to bring us His message of Divine Mercy, a message of compassionate love.

I pray for God's blessings upon each of you, through the Divine Mercy of our Lord Jesus, for in Him we trust.
Posted by yolanda at 04:34