From the Apple Store, the view of Central Park is so inviting. An urban park, Central Park is in the heart of Manhattan, in New York City. It was opened in 1859, but only completed in 1873. It was designated a National Historic Landmark in 1963. 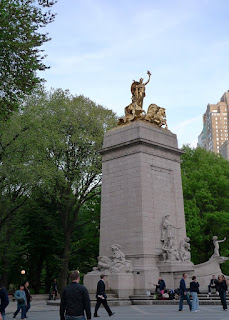 This is the main entrance to Central Park on 59th Street and Columbus Ave.


The population in the city started to quadruple in the 1800s and people were in search of open spaces, to get away from the city life. Taking the cue from the Bois de Boulogne in Paris and Hyde Park in London, the influential locals - the poet and editor of the Evening Post (now the New York Post), William Cullen Bryant, and the first American landscape architect, Andrew Jackson Downing - both these men made noise about the city's need for a public park in 1844. 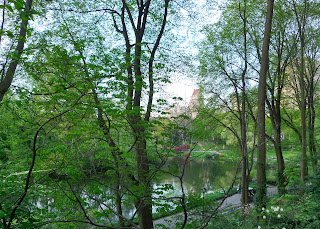 Walking along the walkway of the Park, while crossing 59th Avenue, brings many picturesque vistas. 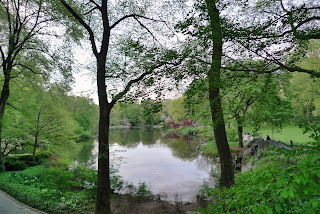 This reminds me of the pond in Monet's garden in Giverny, France. Monet used many garden scenes in his own backyard as the subject of his paintings. You can imagine how many artists come here with their sketch pads and canvasses to render their own artistic impressions of the beauty of this place. 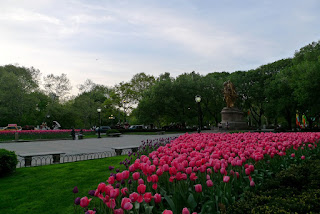 In the last few weeks, the Central Park's Conservancy crew has been dealing with stately elm trees, suffering from the Dutch elm disease - a highly contagious fungus that surfaces in the summer.

To date, nine elm trees have been lost and 4 more identified trees will be removed from the park this summer. The symptoms are the wilting and yellowing of leaves on one or more of its branches.

As the infection progresses, the leaves and branches die and, ultimately, the entire tree dies a slow death. There is no cure for Dutch elm disease. Early detection helps prevent the spread of this disease. 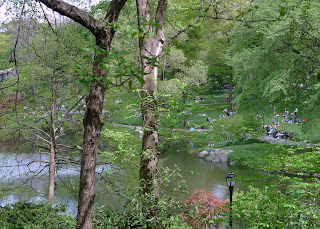 With the nice summer weather, people are now coming to the park for their lunch breaks, to jog, to have a pic-nic, or to simply sit, relax and pass the time. 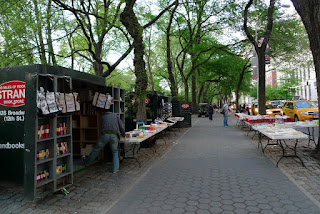 Along 5th Avenue, one can stroll to find stalls selling a variety of things - from books to souvenirs - quite like the scene along the Seine River by the Notre Dame de Paris Cathedral. 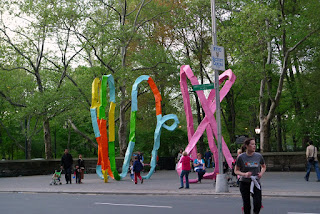 Strikingly attractive is this colorful sculpture - an installation-art form - where people and children can touch, go around or just stand and look to admire it. What a great way to expose children to art. 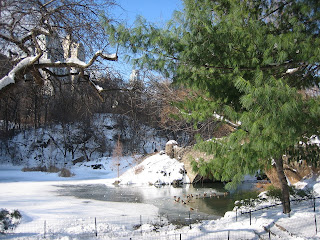 I also love visiting Central Park in the winter, when the the lake freezes... 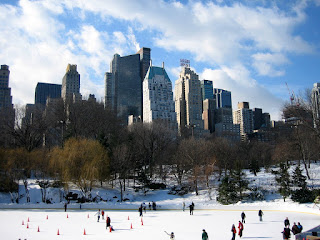 and ice skating becomes the activity enjoyed by both the young and old. 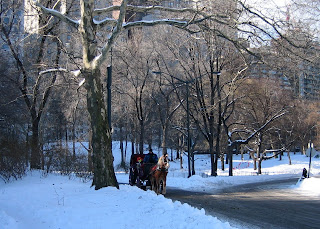 The roads are cleared up for the pedestrians... 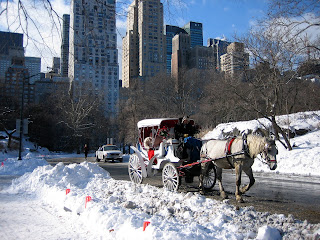 and for visitors to be able to take and have a carriage-ride experience, around the park. 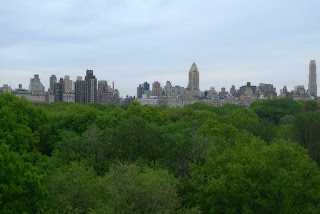 If you happen to live in one of the apartments on a street around the park's perimeter, this could be your view on a spring day. In just a couple of minutes, you can be in the park grounds,
to walk around and to enjoy this open space.


And if perchance you notice some diseased elm trees, you might think of doing something to help. You can donate to help fight Dutch elm disease or become a member. Your generous contribution will help the Conservancy keep the park's greenery healthy for generations to come.

I look forward to visiting Central Park again someday, maybe in the fall. This would be another season for me to capture with my little camera.
Posted by yolanda at 02:35