A weekend at the Hamptons for the Memorial Weekend celebration with some good friends turned out to be a most palatable experience. After driving around Montauk, Amagansett, and Sag Harbor in East Hamptons, we decided to have dinner at a restaurant by the Sag Harbor 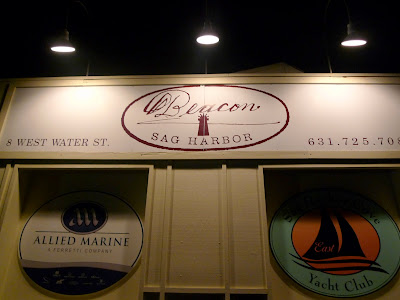 Newly opened for the season last May 12, 2010, Beacon was highly recommended to us for a fine-dining experience with Executive Chef Sam McCleland's epicurean creations. 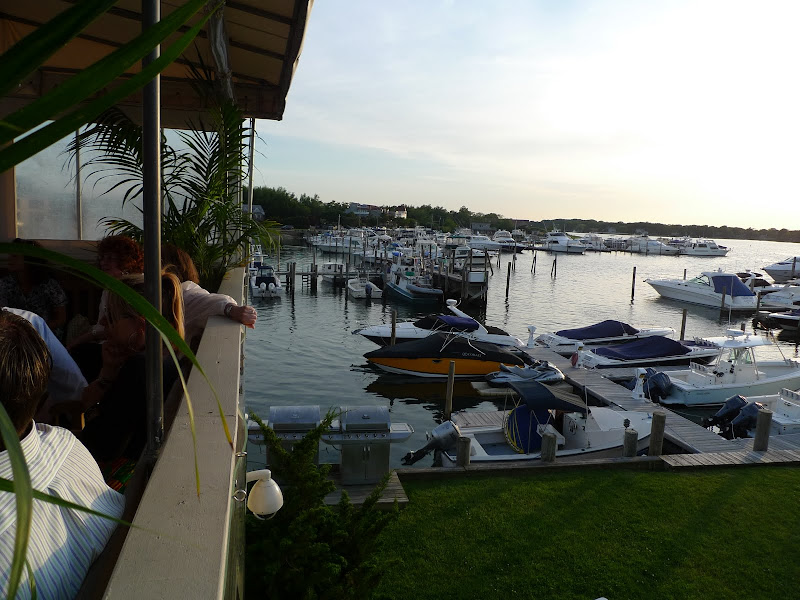 We joined a line of people to be seated...and went to the bar, first, for a round of mojitos. 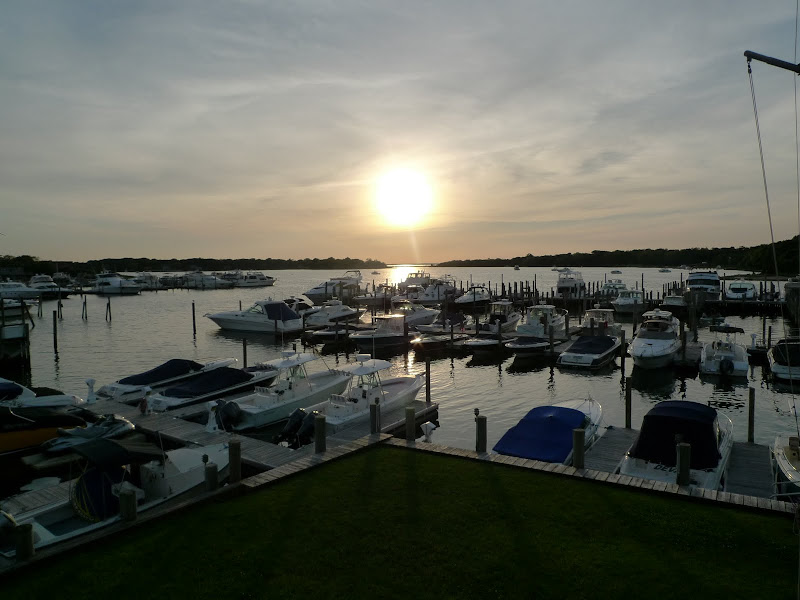 The surrounding view was spectacular, especially, as the sun was about to set. 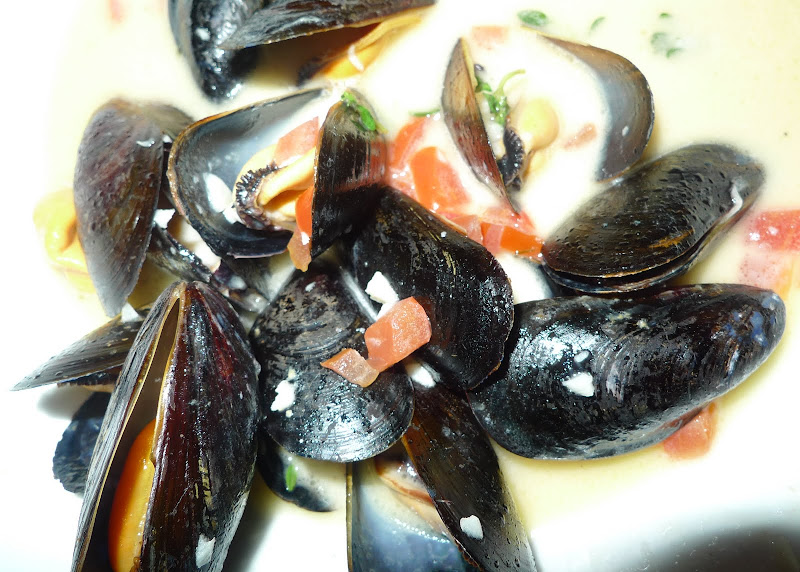 After a twenty-minute wait, we were assigned our table and we settled down to what became a three-hour dinner. Perusing the menu made us salivate for some Mediterranean and Asian inspired items. We started with Steamed Mussels "Beacon Style" with garlic, white wine, lemon-thyme, creme and tomatoes...and some Braised Pork Belly, wrapped in soft tortilla, with pickles and spicy hoisin sauce. 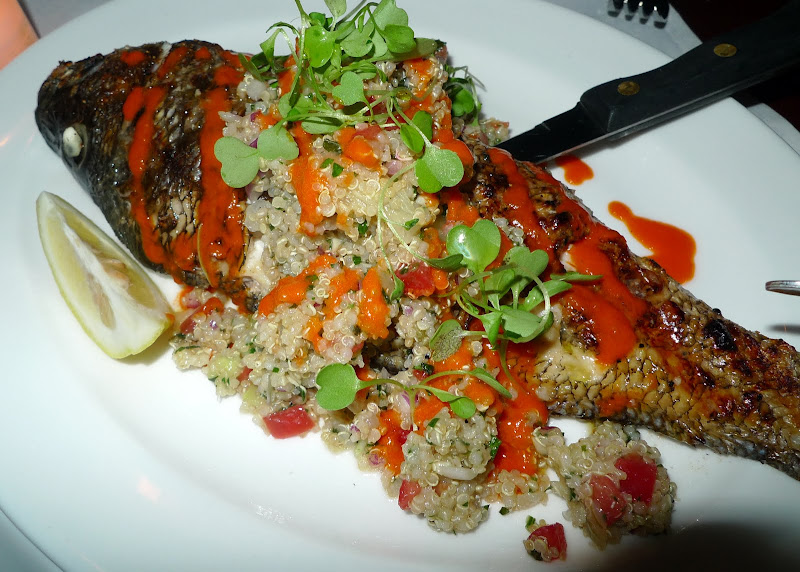 We finally ordered our main courses, which were among the specials of the day: A whole Seabass, garnished with a quinoa-based salad... 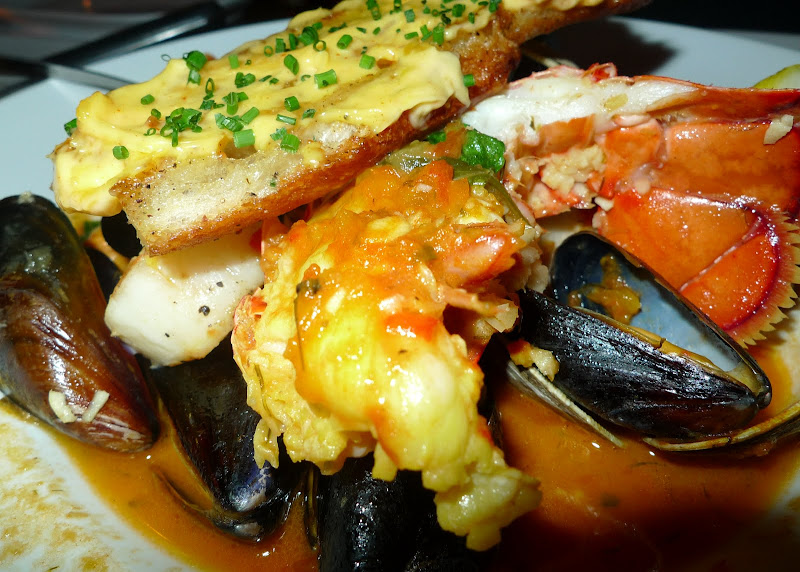 I was pleasantly surprised to see how the Bouillabaisse was plated. I am familiar with this dish as a fish soup. Here, the presentation was all together, in one serving platter, topped with the crispy slice of bread with rouille mayonnaise.

A quick check on Wikipedia gave me additional information that this is a traditional Provençal fish stew, that had it's origins in the port city of Marseille. The word Boullabaisse comes from two verbs bolhir (to boil) and abaissar (to reduce heat, i.e., simmer.

It is a fish soup made from a long list of ingredients, consisting of a variety of cooked fish and shellfish and vegetables, herbs and spices such as garlic, orange peel, basil, bay leaf, fennel and saffron. There are at least three kinds of fish in a traditional bouillabaisse, typically scorpionfish; sea robin; and European conger; and it can also include gilt-head bream; turbot; monkfish; mullet; or silver hake. It also usually includes shellfish and other seafood such as sea urchins , mussels ; small crabs; spider crab or octopus. More expensive versions may add langoustine. Vegetables such as leeks, onions, tomatoes, celery and potatoes are simmered together with the broth and served with the fish.

Bouillabaisse is uniquely different from other fish soups in the way it is served. Traditionally, the broth is served first in a bowl containing the bread and rouille, and the seafood and vegetables are served separately in another bowl or on a platter. The broth is usually served with bread and rouille, a mayonnaise made of olive oil, garlic, saffron and cayenne pepper on grilled slices of bread.
http://en.wikipedia.org/wiki/Bouillabaisse

For more on the history of bouillabaisse, check the following link. There is a recipe included if you are inspired to create your own.
http://www.cliffordawright.com/caw/food/entries/display.php/id/70/

The bonus to dining in Beacon is to watch the sunset. 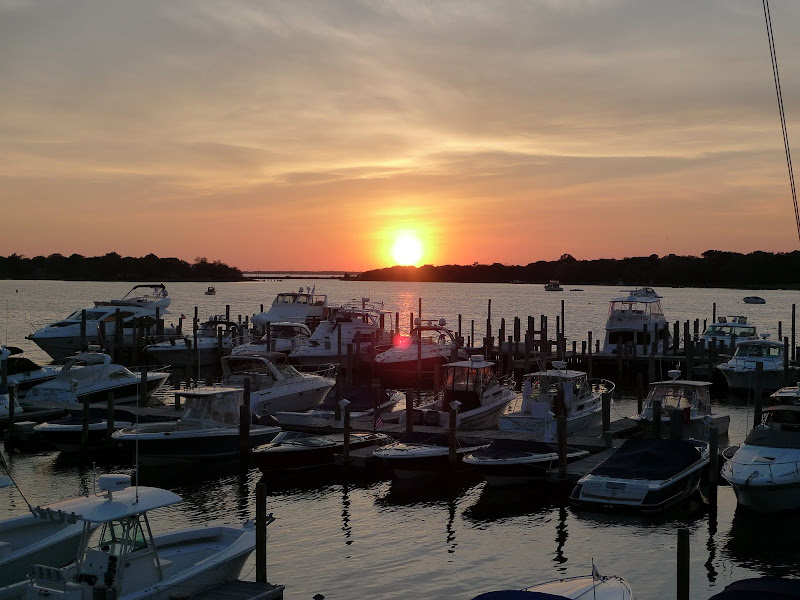 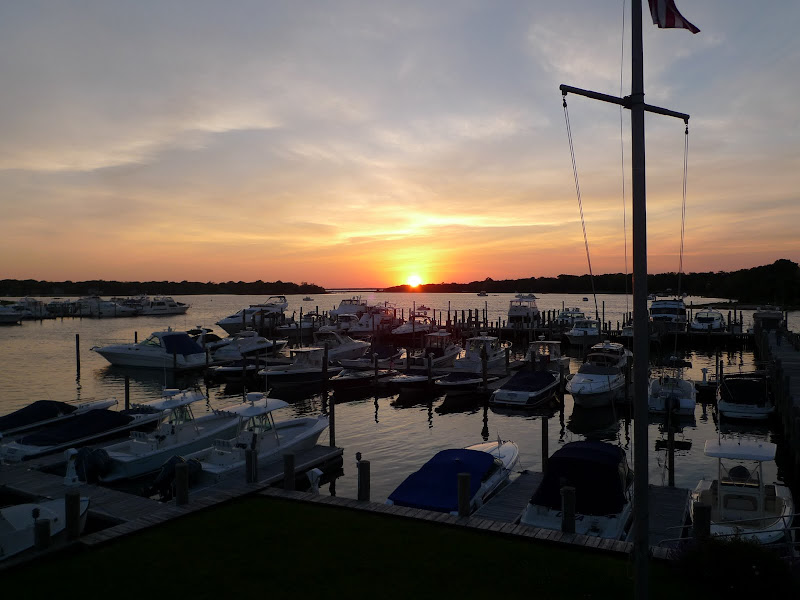 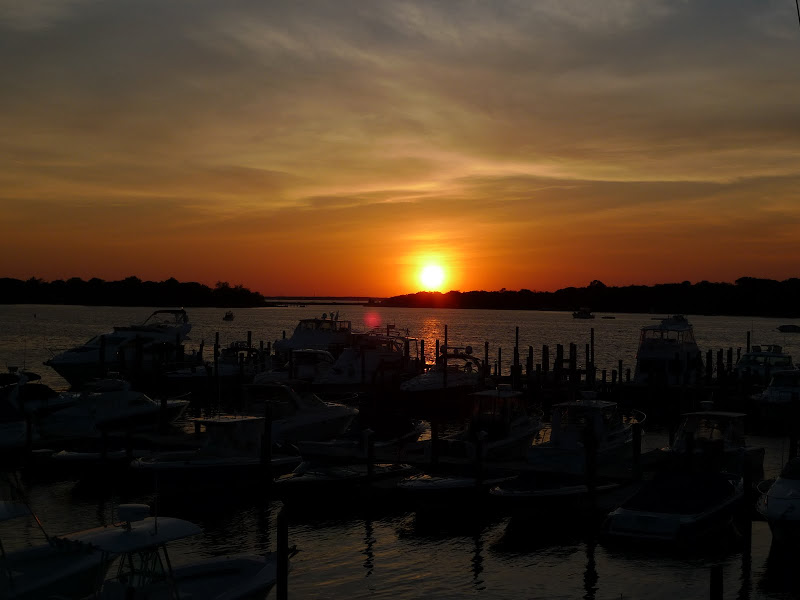 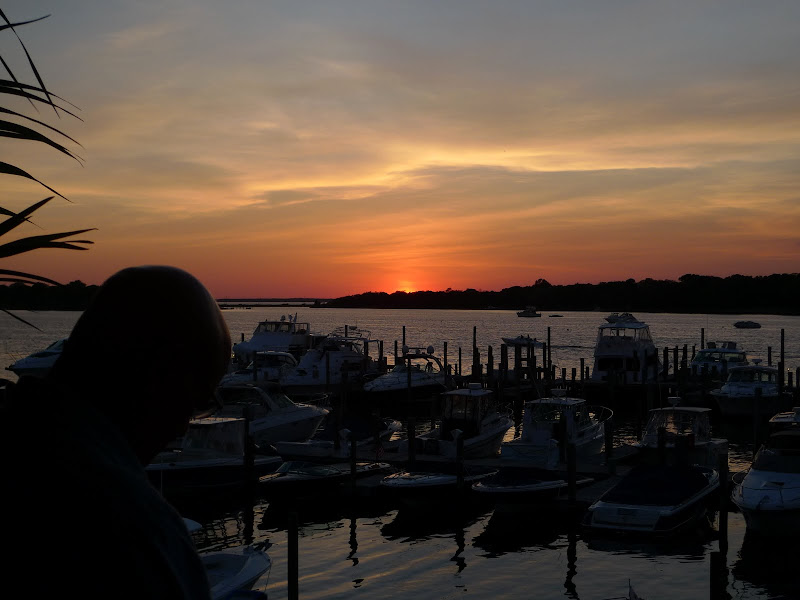 While we waited for our main courses to come, which we ordered family style, we also had time to make friends and chat with people around us. As it turned out, there were three sets of customer changes on both sides from us, as we dined a la French style, sipping our wine, taking our sweet time to savor each others' company and the different flavors of the gourmet food. We sweetly capped the night with Maple Crème Brûlée with Fresh Berries and Lemon-Pudding cake with a Berry Compote.

What a lovely way it was to spend an evening. The whole experience was sensually delightful!
Posted by yolanda at 06:06