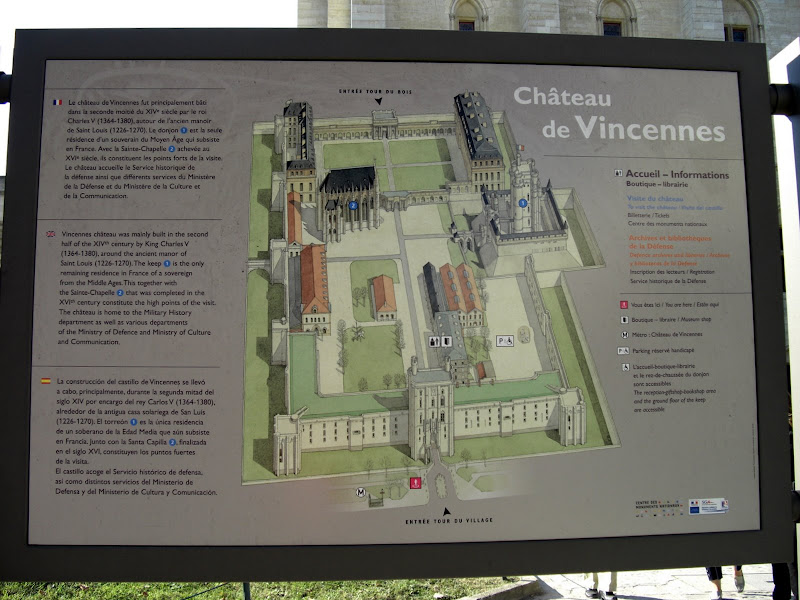 All around Paris are accessible historical places to visit. Here is one, the Chateau de Vincennes. 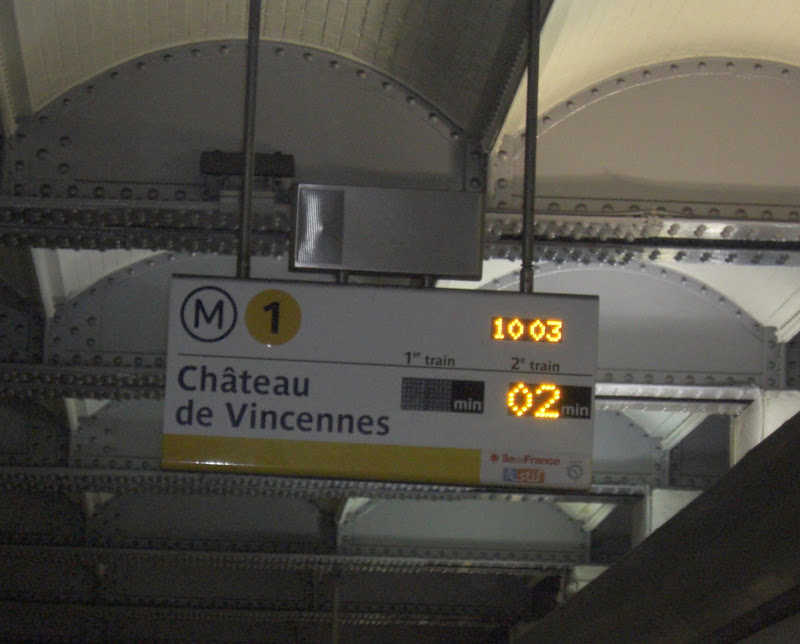 The Chateau de Vincennes is located at the end of Metro Line 1. From the center of Paris, it is about a 20 minute ride, and very accessible through other metro line connections depending on where you are coming from. 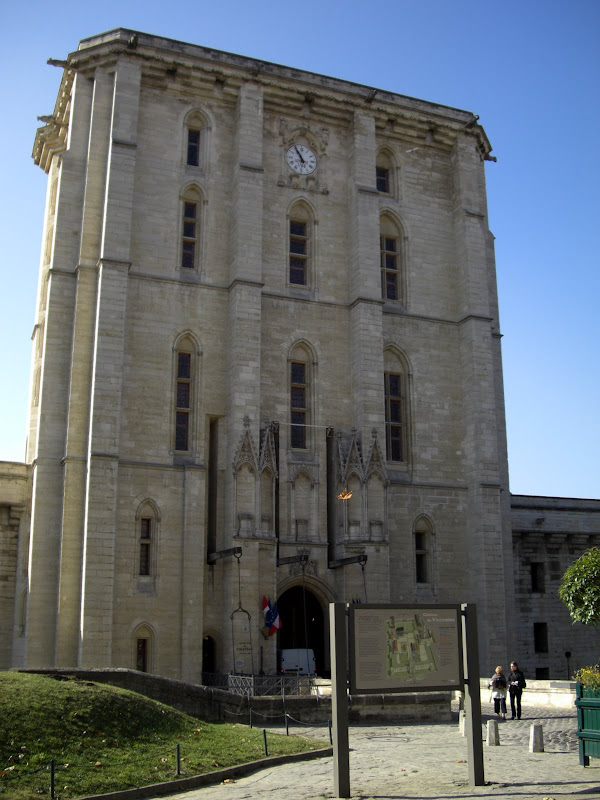 This was the permanent residence of the French royalty until the 17th century, before the court moved to Versailles. It had its origins in a hunting lodge, set up for Louis VII, in about 1150, in the forest of Vincennes.

Louis IX is reputed to have departed from Vincennes on the crusade from which he did not return. 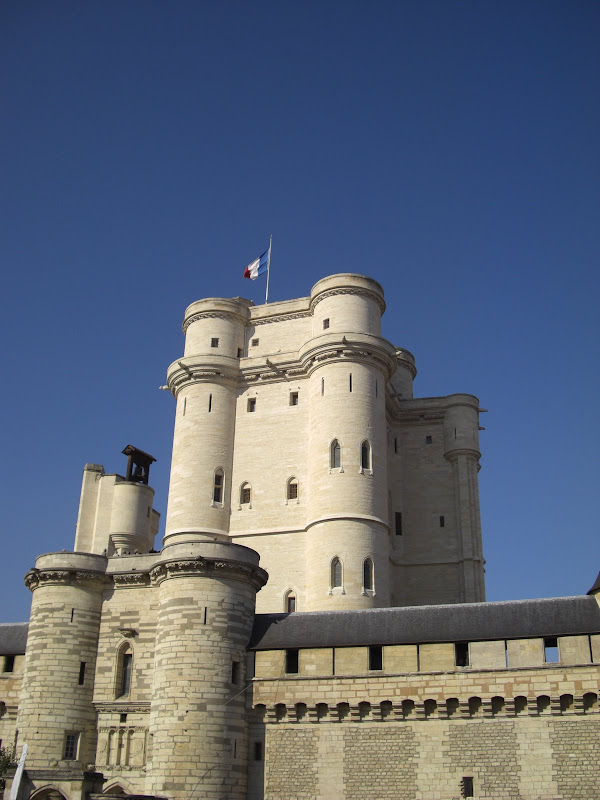 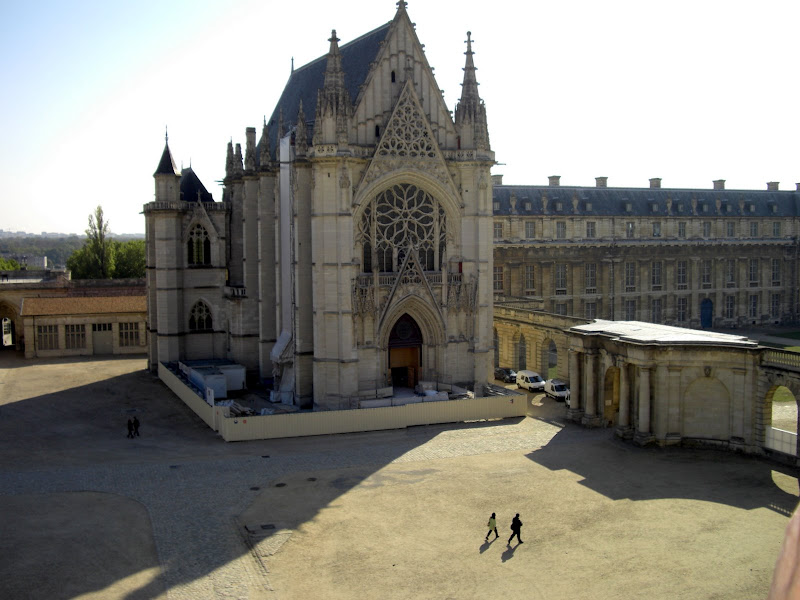 There is a Gothic church, which was unfortunately closed for renovation. The relics of the Crown of Thorns were temporarily housed here while the Sainte-Chapelle was being readied to receive them. 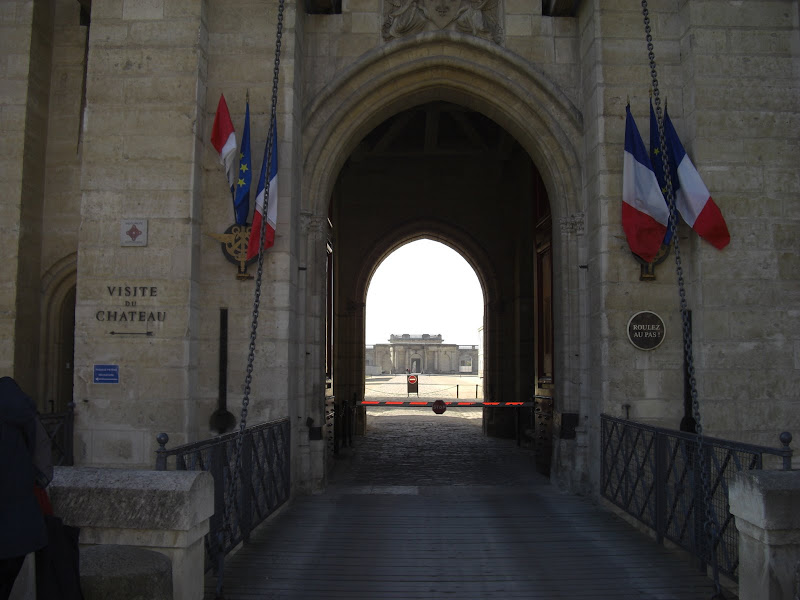 entrance to the Chateau...The castle was surrounded by a deep stone lined moat. 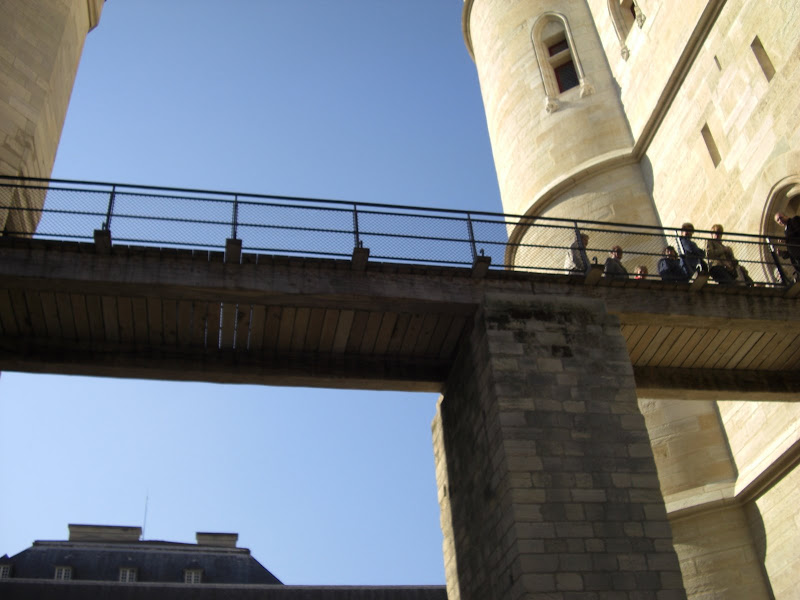 We walked through the drawbridge to get into the fortress. 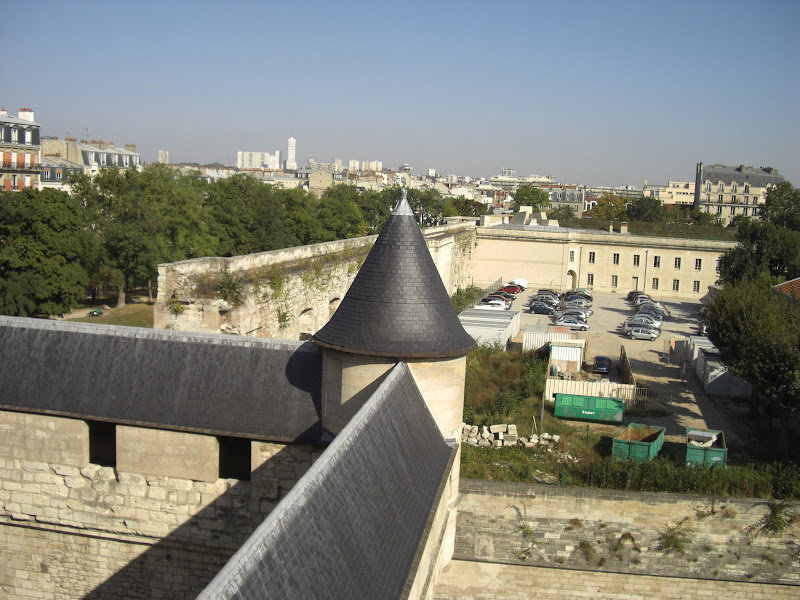 We went up and out into the terrace to take a look at the panoramic view... 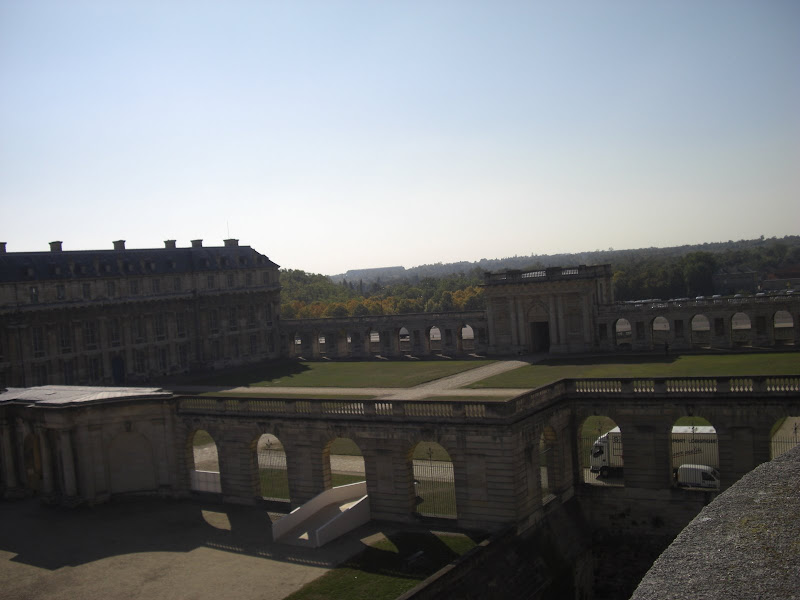 Beyond the moat lies the Bois de Vincennes, now a landscaped forest with ornamental lakes and a zoo. The park was landscaped in the English landscape style in the 19th century. In 1860 Napoleon III, who after having employed Viollet-le-Duc to restore the keep and the chapel, gave the Bois de Vincennes (9.95 km² in extent) and its château to Paris as a public park. 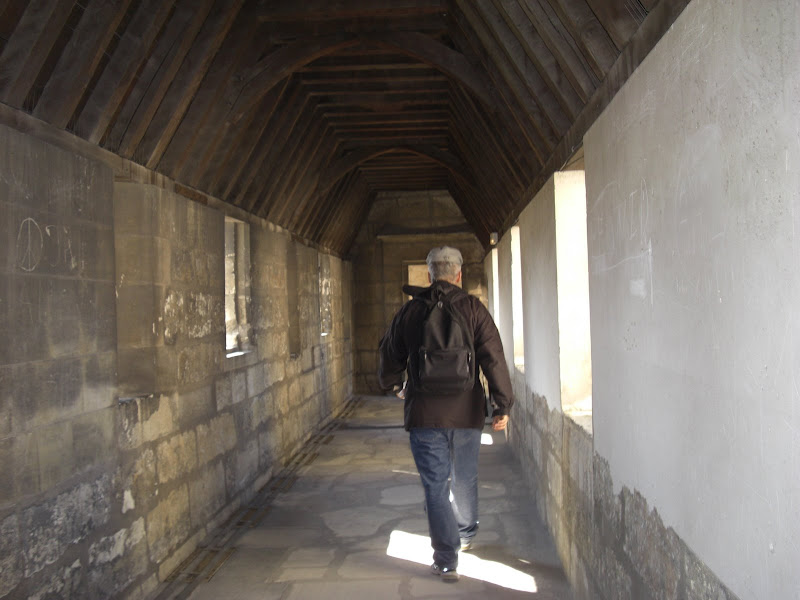 Walking back inside, we looked at the features that made it a fortress...this was where the soldiers were stationed... 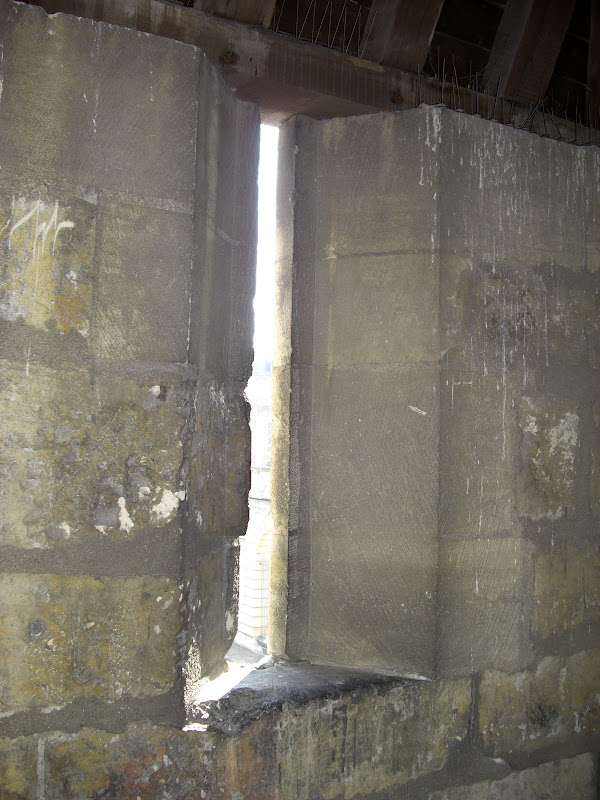 they shot the intruders or enemies through narrow, vertical openings like this... 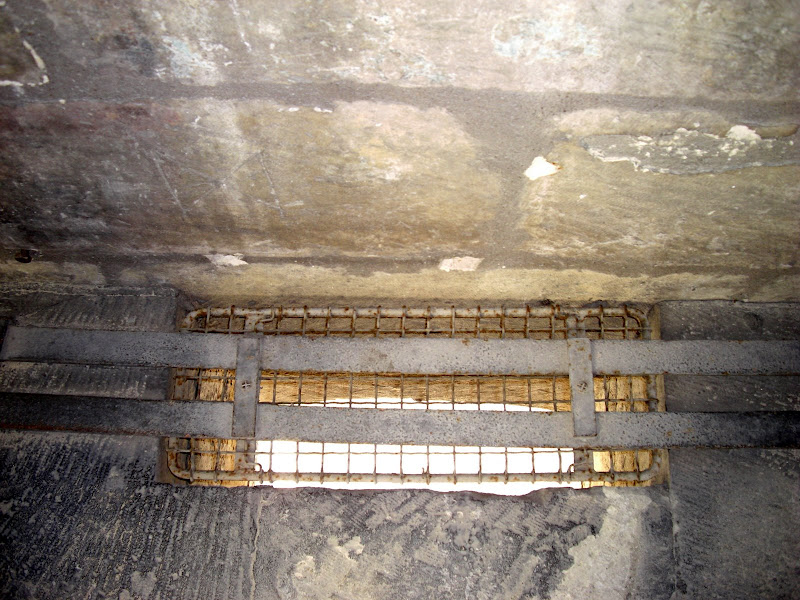 and poured boiling oil or pelted them with stones through openings on the floor of the long corridors. 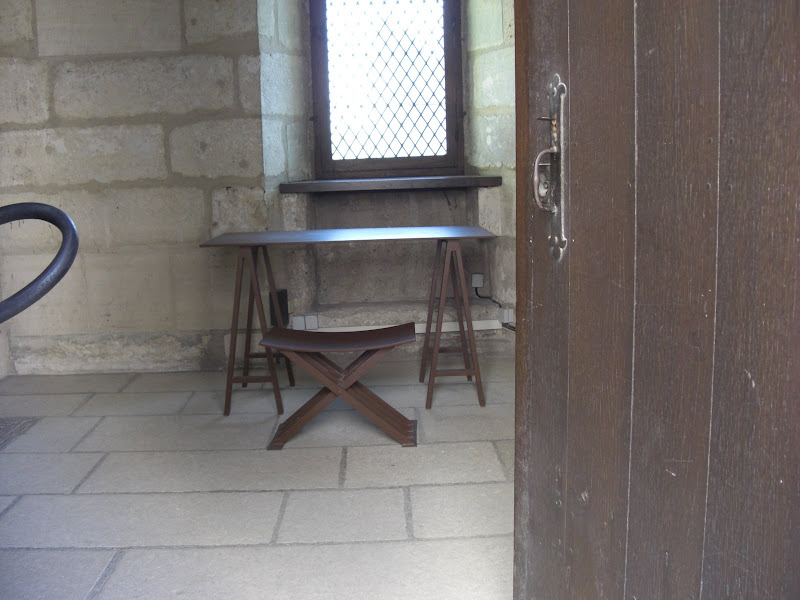 As we continued on, we found the king's office space where he received his visitors...The room was warmed by a giant fireplace... 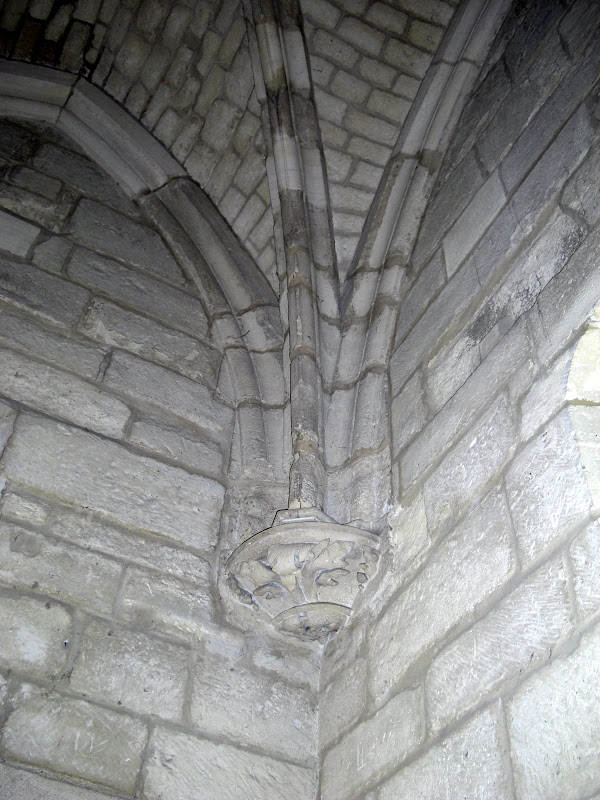 the ceiling details had the symbols of the 4 evangelists in the corners and angels in between. 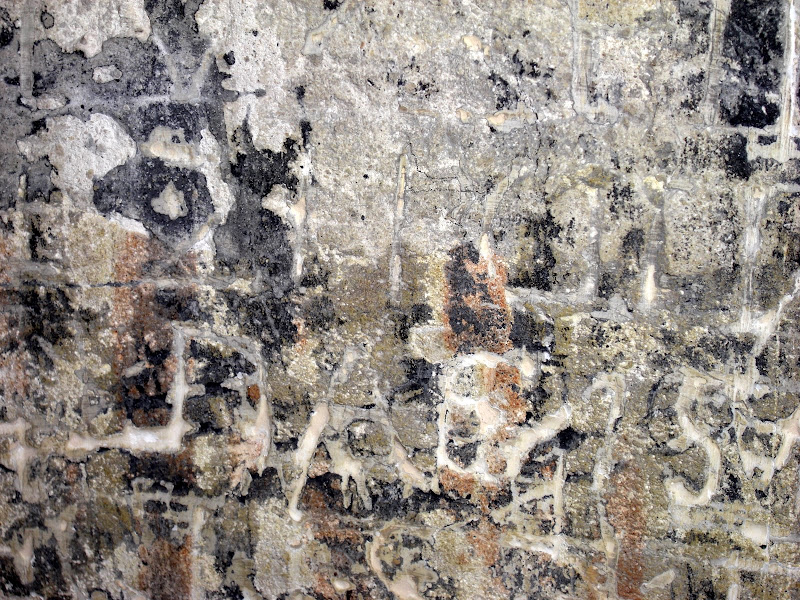 There were also marks on the wall which means that it was used, sometimes, to house prisoners. 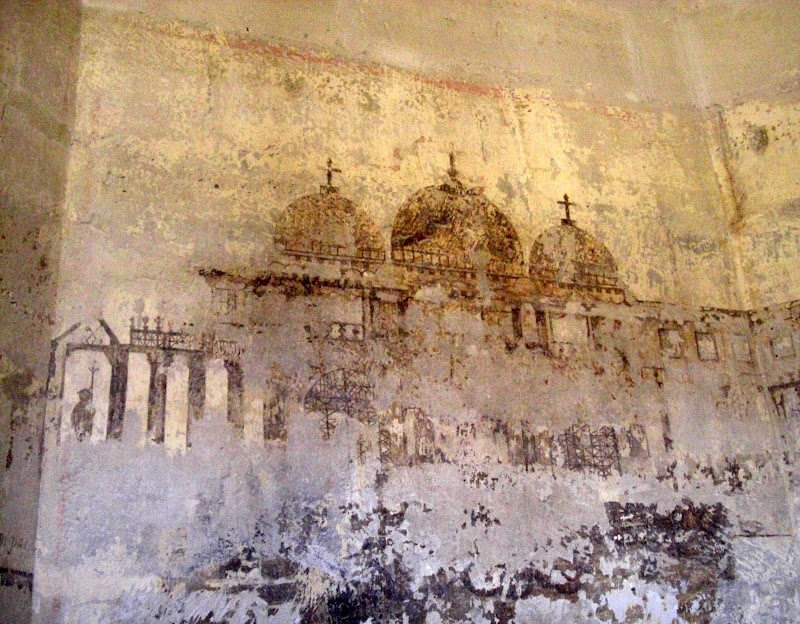 The king had a private chapel...where the priest said mass, sometimes in very cold temperatures...while the queen stayed in a much warmer little space and looked through a rectangular hole to follow the mass. 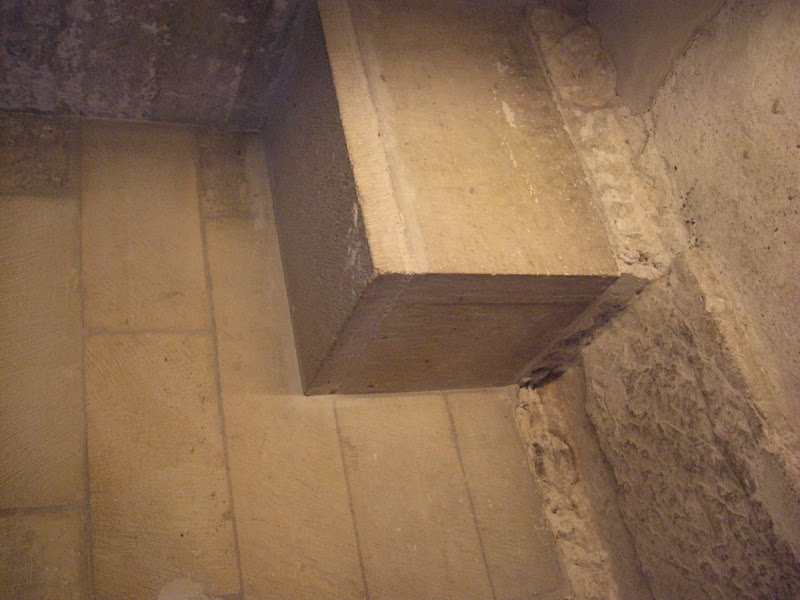 There was a latrine system...here you can see the gutter on the right side of the floor... 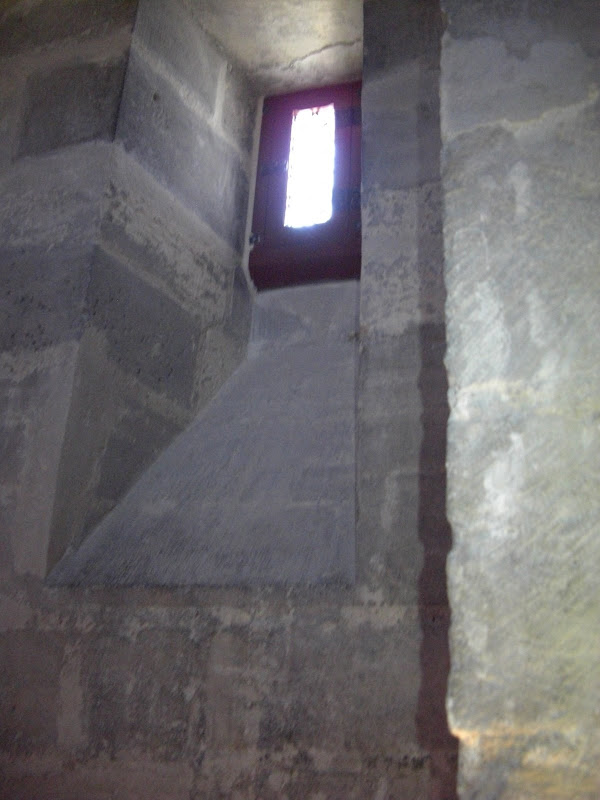 with a light source - a little window all the way to the top ---it would have been hard for the prisoners to climb up to escape through this opening. 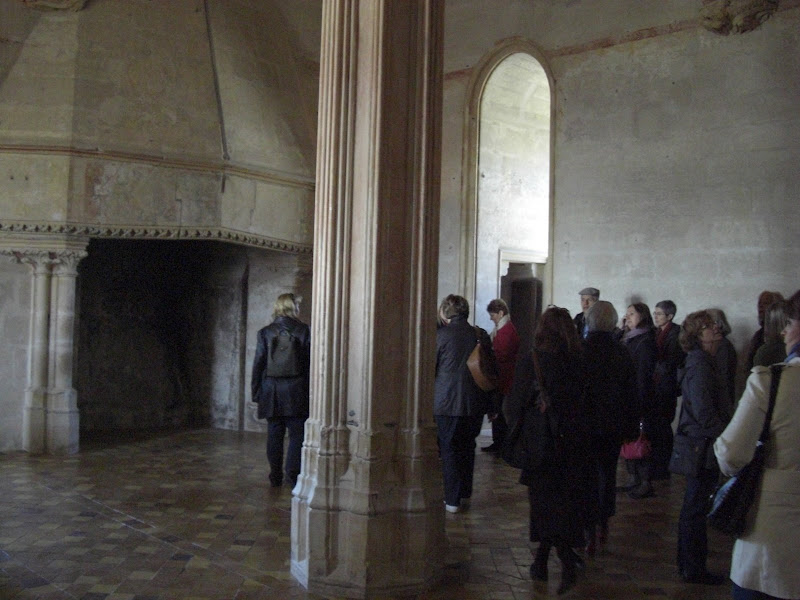 This was the assembly room, the biggest space in the chateau...here you can see the details of how large the fireplace is and the stone details of the floor. 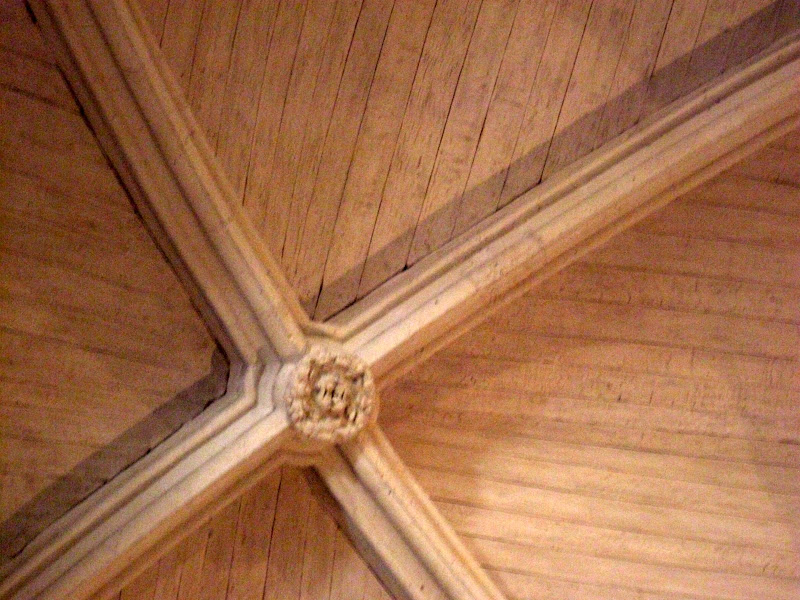 The ceiling had wooden strips - this was part of the warming system for the room...and tapestry on the walls, too 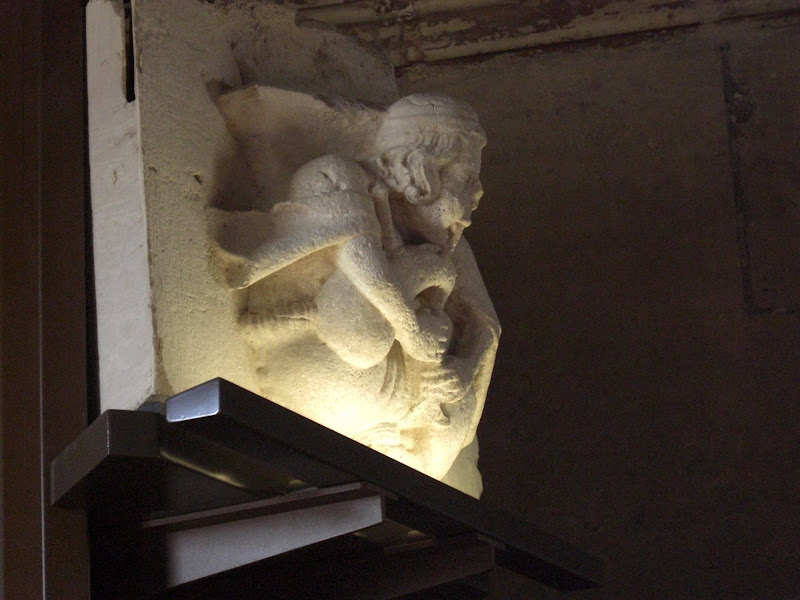 In the king's dressing room were little things that told you something about their taste...Charles V loved music, thus the decors included angels carrying musical instruments. 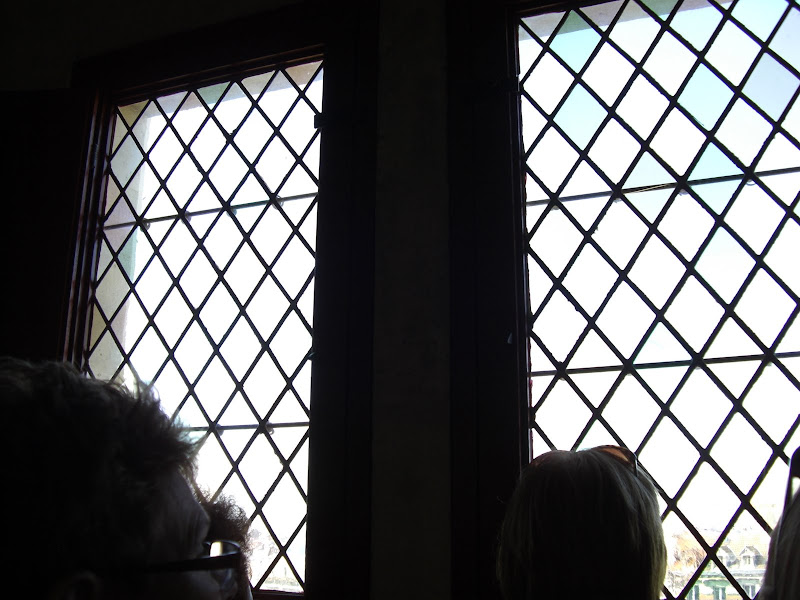 Next to the king's room was the study and the treasury room. 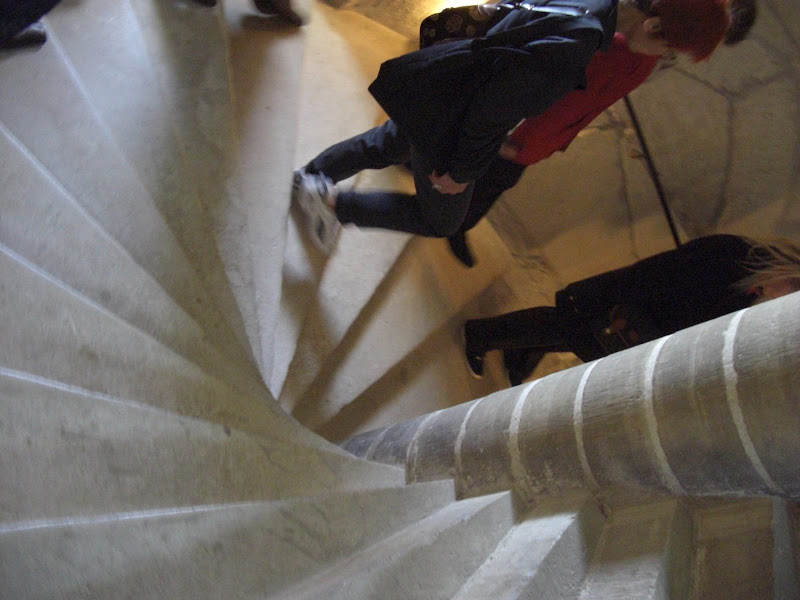 We started to descend to another part of the Chateau through the "L'Escalier d' Honneur" which was taken by noble personalities who became prisoners. 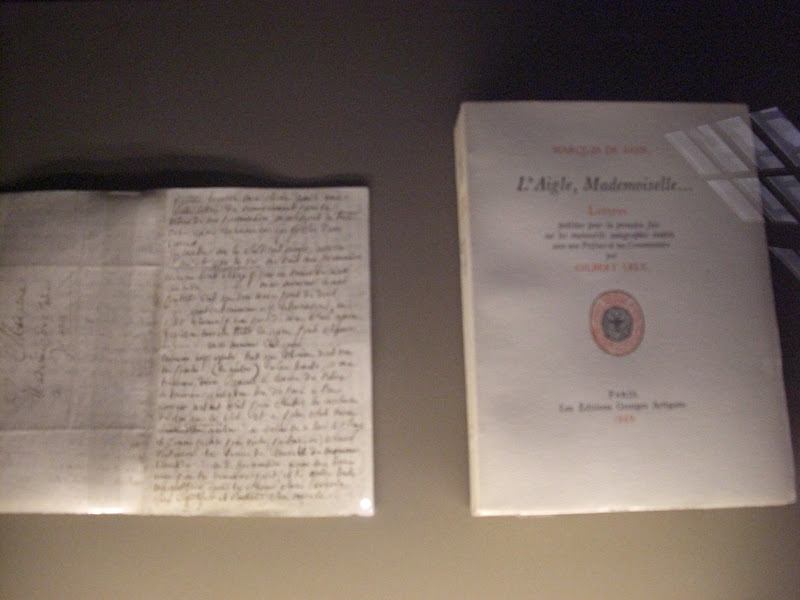 Among them was the Marquis de Sade who wrote about his sexual exploits...the other prisoners who were members of the royalty were Diderot, Mirabeau, and Raspail. 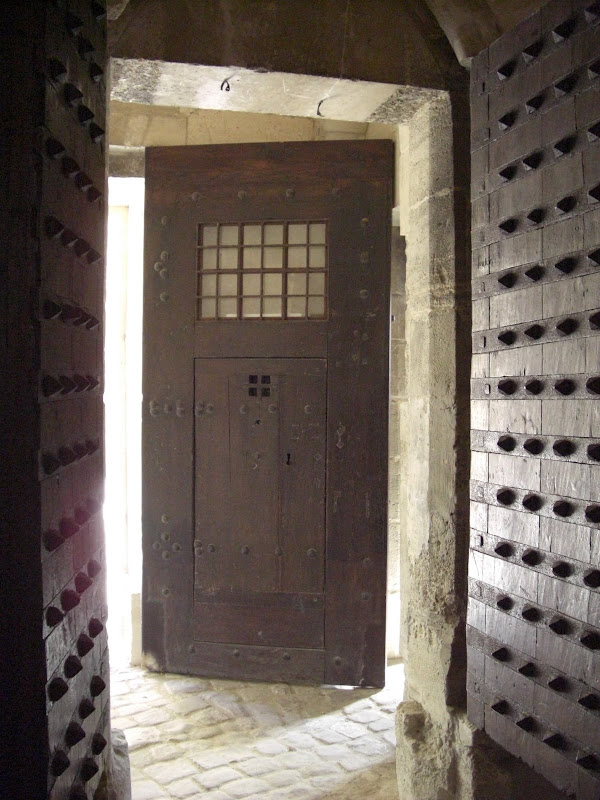 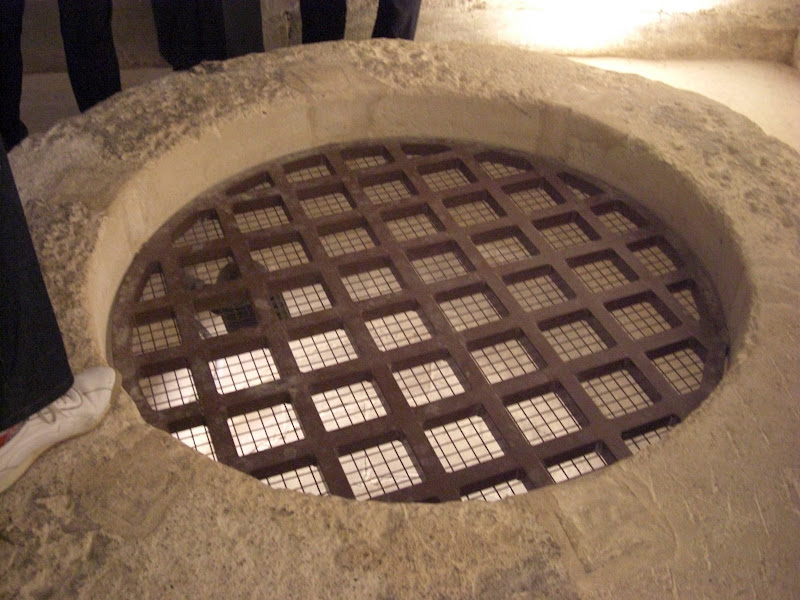 This was a very deep well that was used to store water for the chateau. 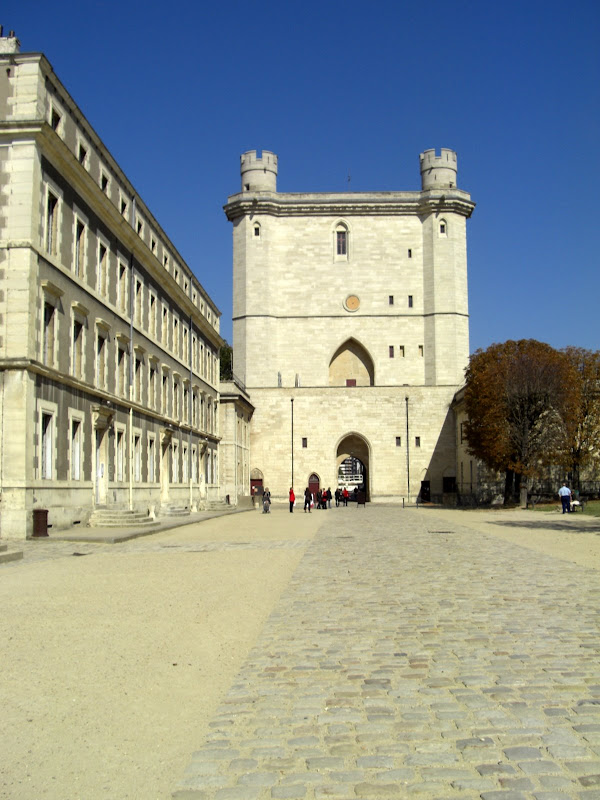 Abandoned in the 18th century, the château served as the first site of the Vincennes porcelain manufacturer, the precursor to Sèvres; as well as a community of nuns of the English Benedictine Congregation from Cambrai. From 1796, it housed as an arms factory, and today it is the home of the historical sections of the French Armed Services.

As you can see, this was a more austere palace compared to Versailles.
Posted by yolanda at 04:28 No comments: