My friendship with Becca goes back to my "Ms.Ellaneous" days. So when I found out she had a concert coming up in Los Angeles, I made sure to reschedule my departure to catch her show.

This was a night to remember...Becca Godinez in concert at the Heritage Forum, Anaheim, California...a dynamic performer whose style is so versatile, captivating, and entertaining. For those who watched her for the first time, they were so pleasantly wowed by her. 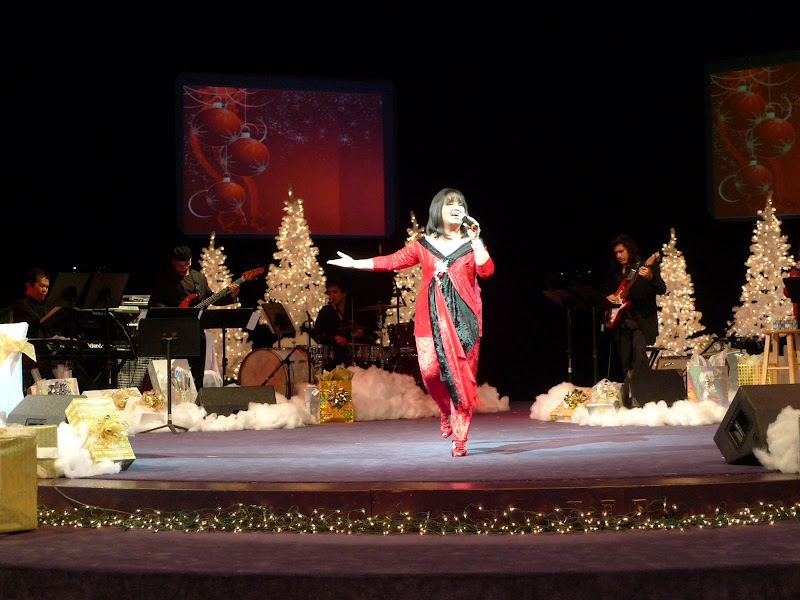 Becca's opening number was a medley of Christmas songs. 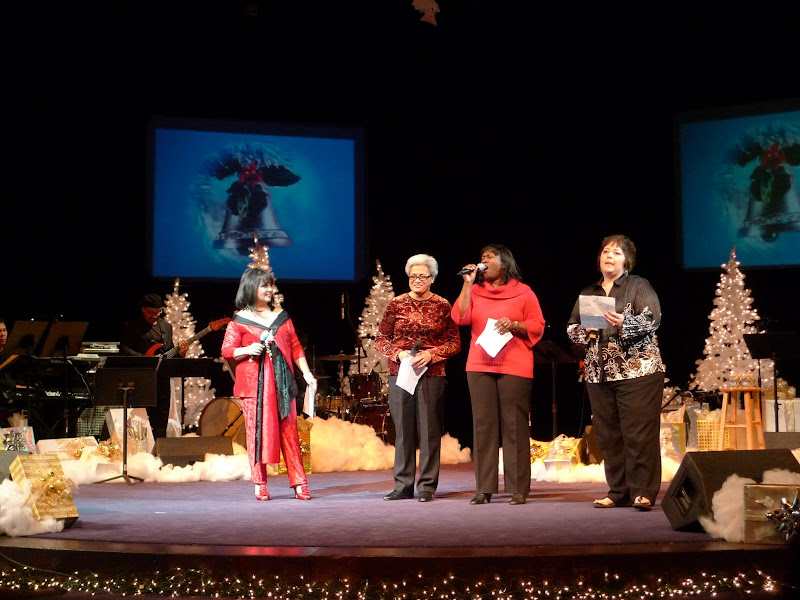 As she talked to her audience, she noticed her former singing group members from Calvary Chapel, and invited them to perform with her. 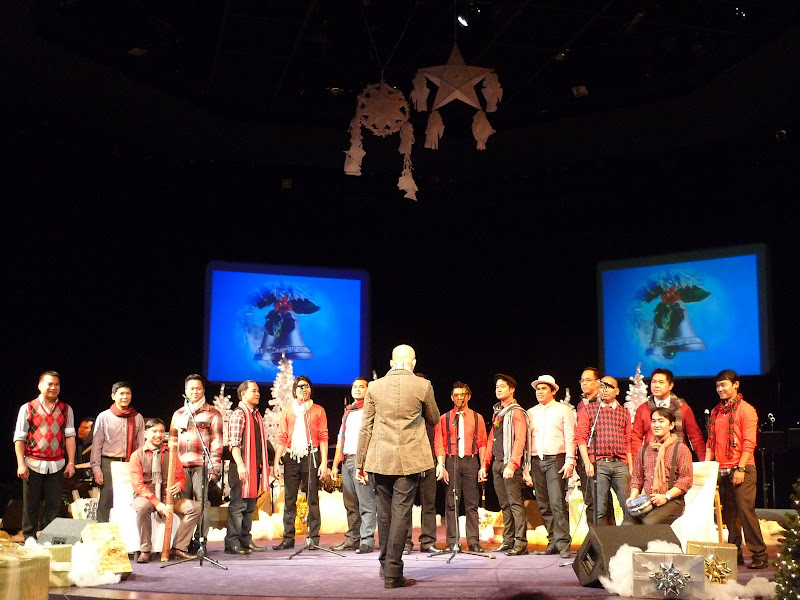 "Prime Note Ensemble", composed of Filipino men who came all the way from Saudi Arabia, entertained us with their acapela songs - such talented singers who don't even read a note of music... 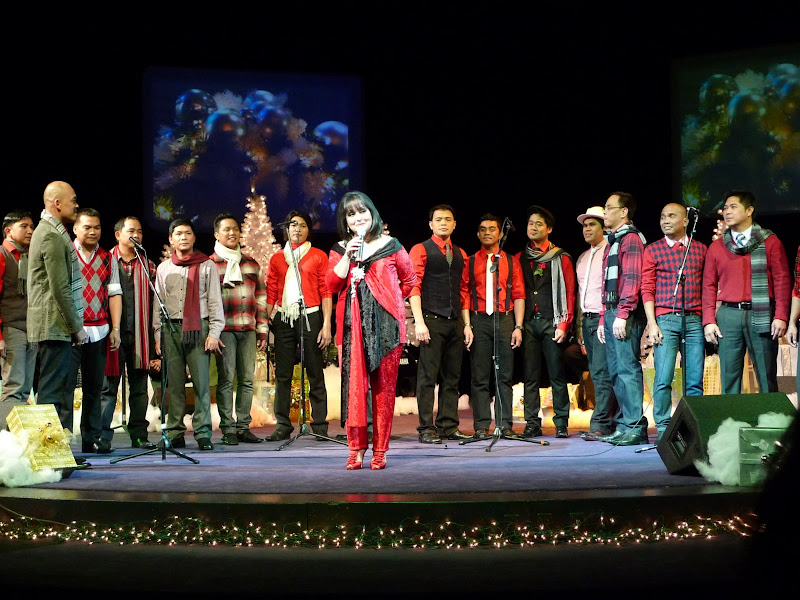 and soon, Becca joined them for a number...what a beautiful blending of voices. 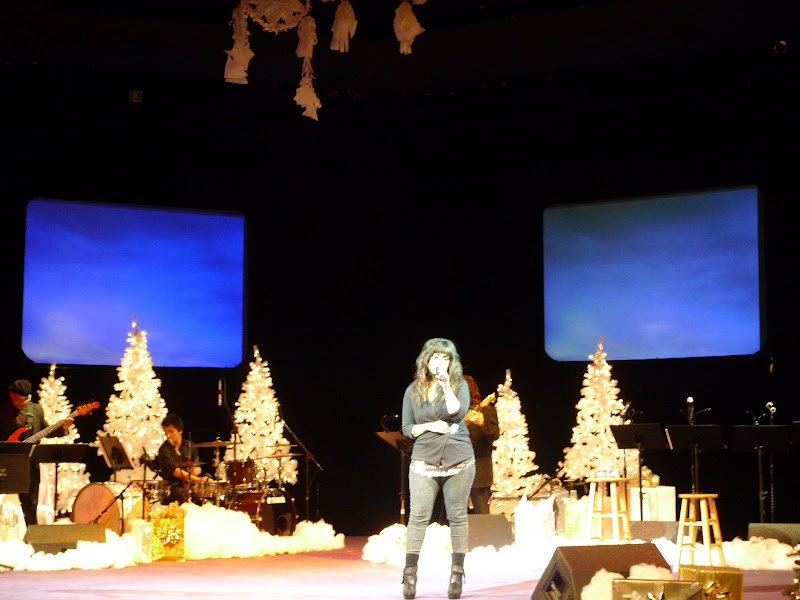 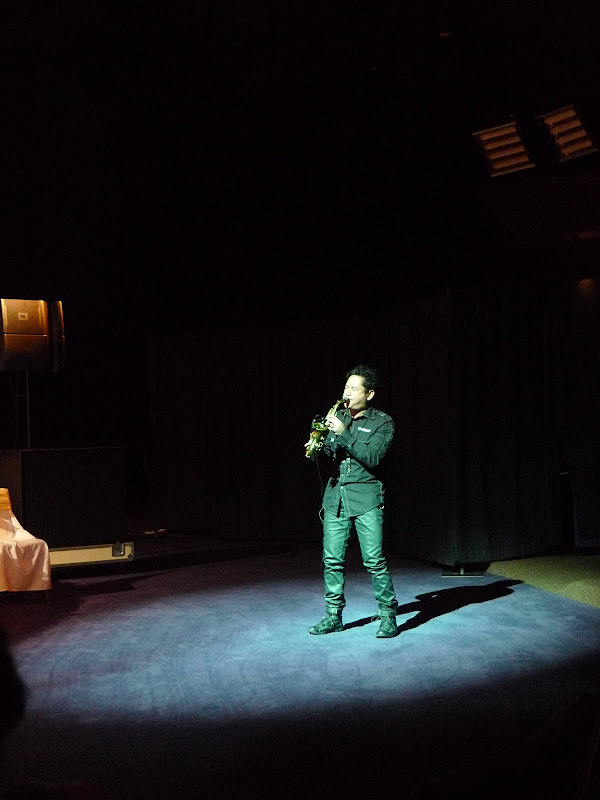 Then, out came Ner de Leon, a Filipino saxophone player...in his rendition of Chuck Mangione's “Feels so Good.” He thrilled us. 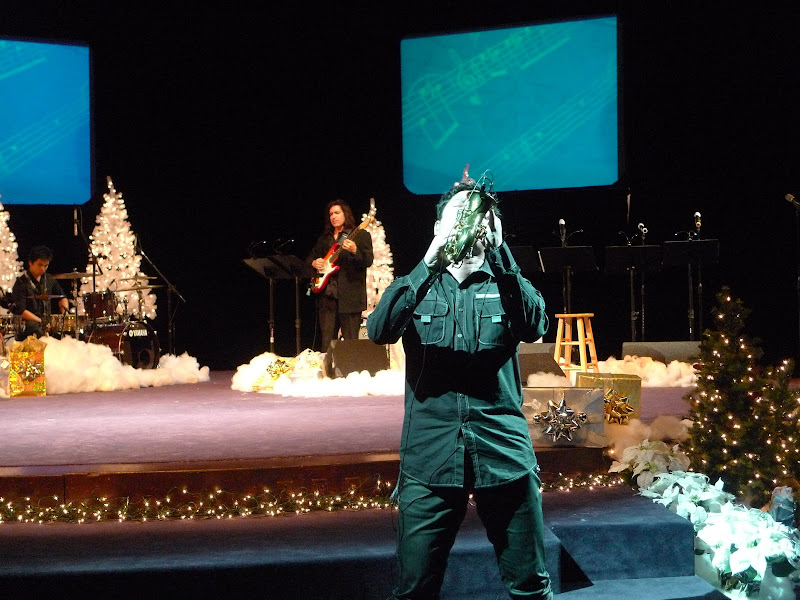 Ner is such a dynamic performer... 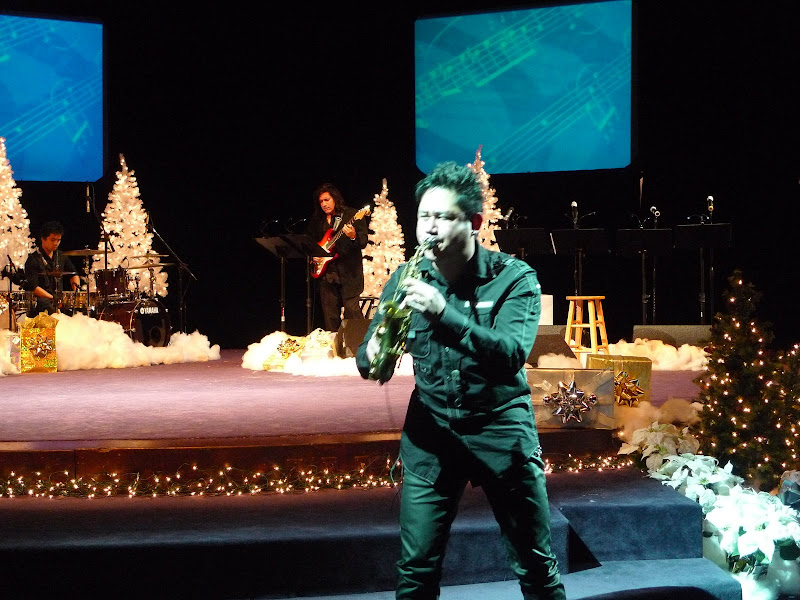 who captivated the audience with another 2 songs. 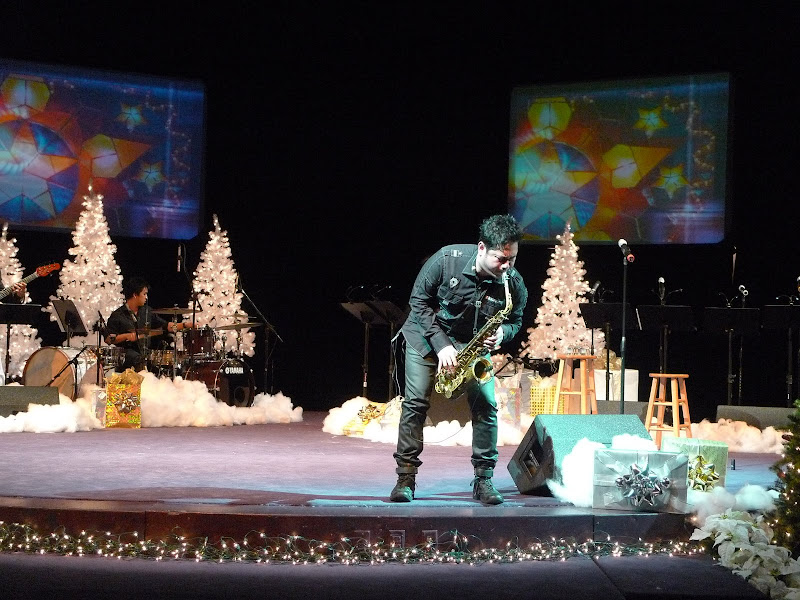 I'm sure he will make it to the top...someday soon! 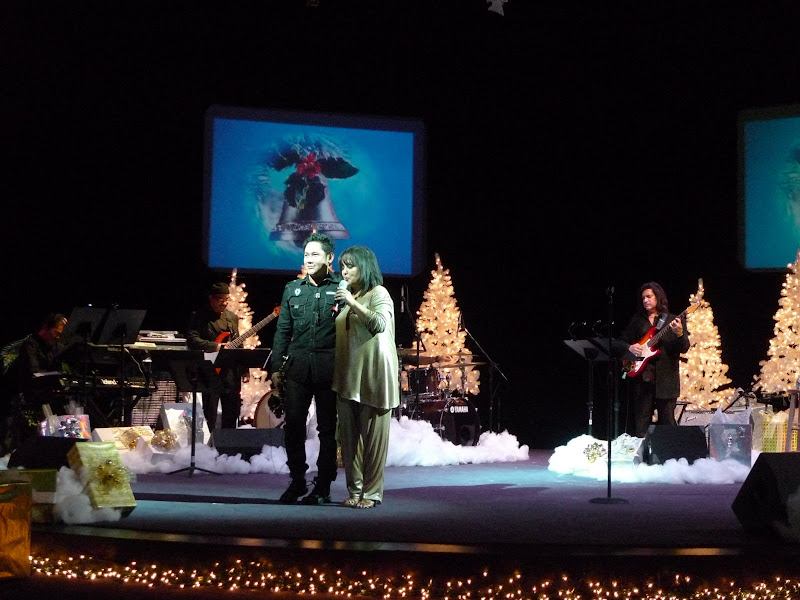 Becca shared his story with us...his conversion from his Las Vegas life style to who he is today. 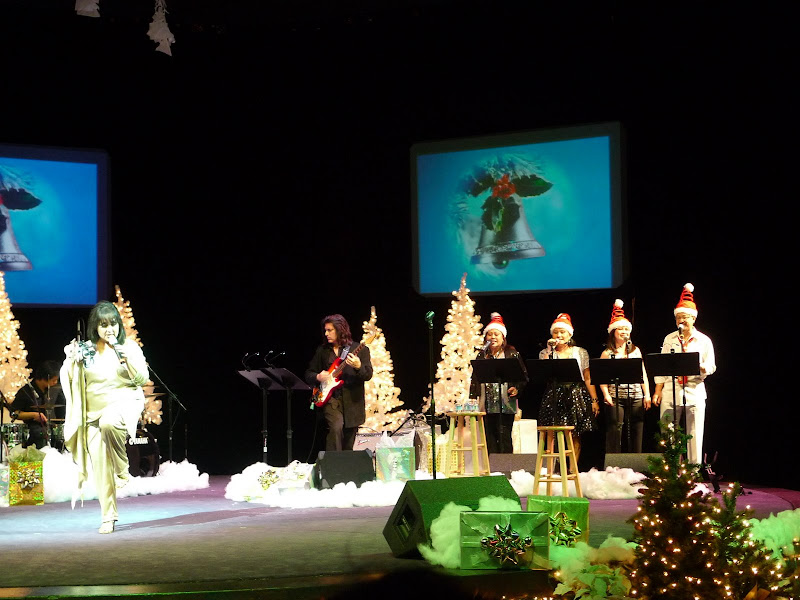 Becca, along with her long-time back-up singers who were entertaining, as well, with their Christmas hats and their singing and dancing, sang “Shining” which has earned her one of two gold records. 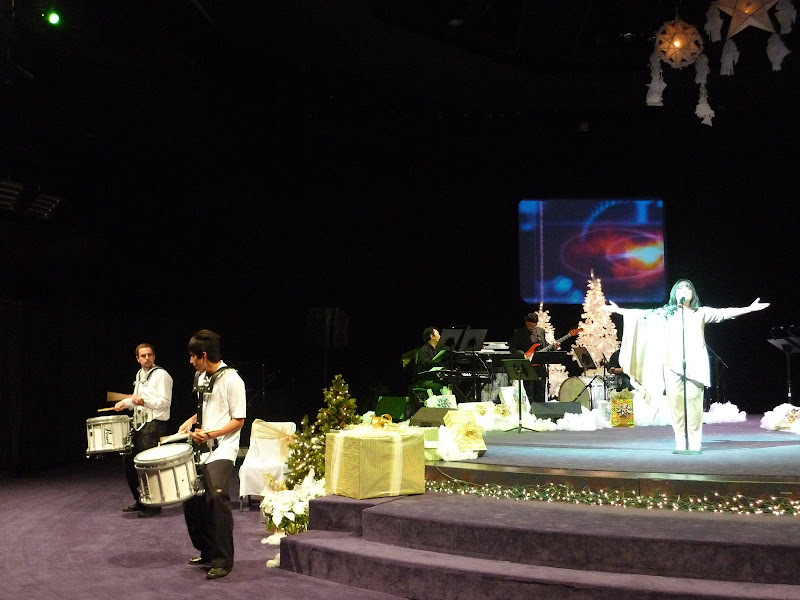 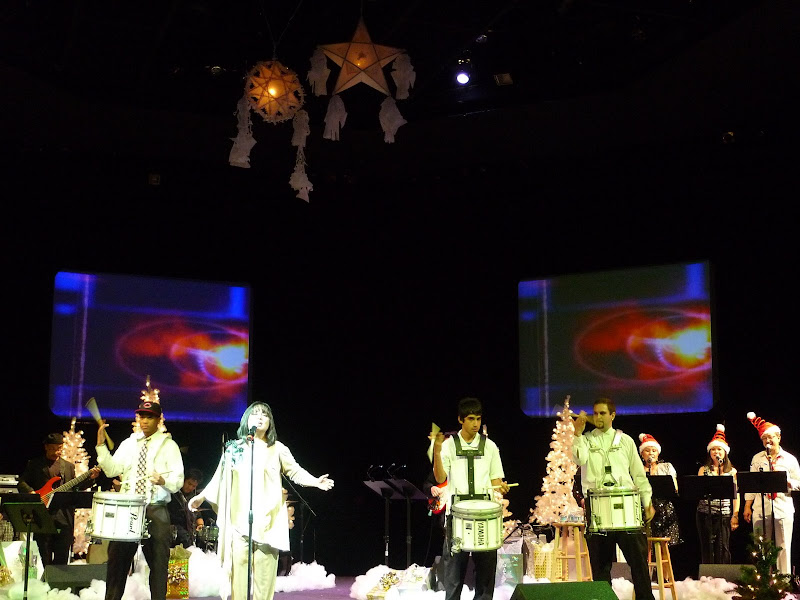 In her rendition of “Drummer Boy” 4 drummers came to accompany her. That was a very nice touch that added to the theme of the song. 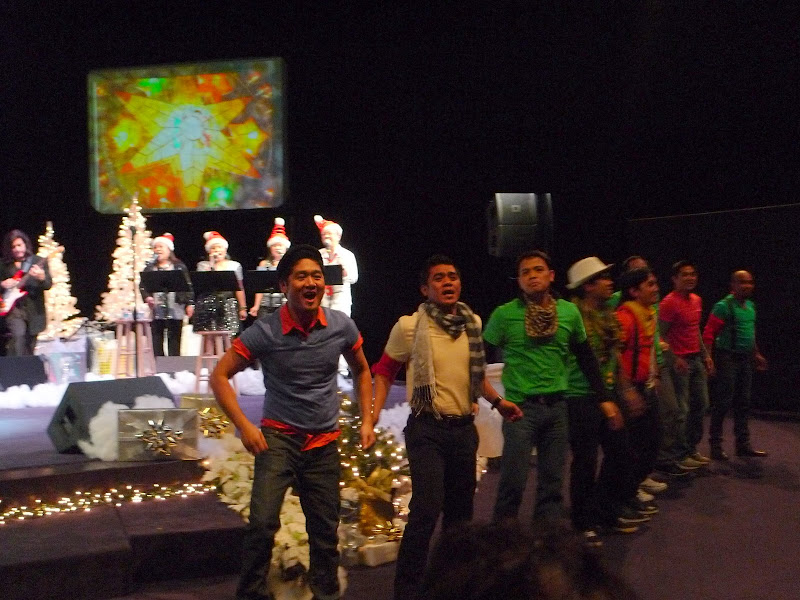 In Her finale number, all her guest performers joined her - her back up singers, Ner de Leon on the sax, and Prime Note Ensemble. 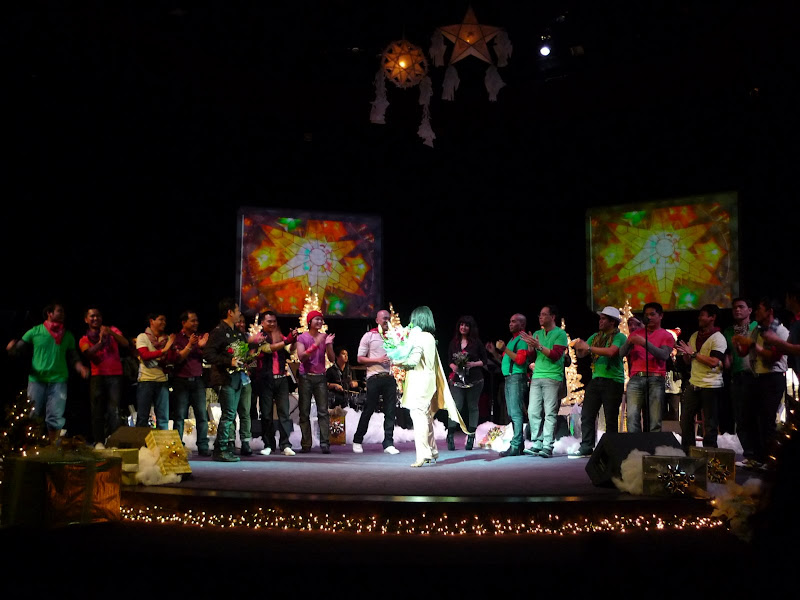 Becca thanked her guest performers as she clutched her bouquet of flowers. 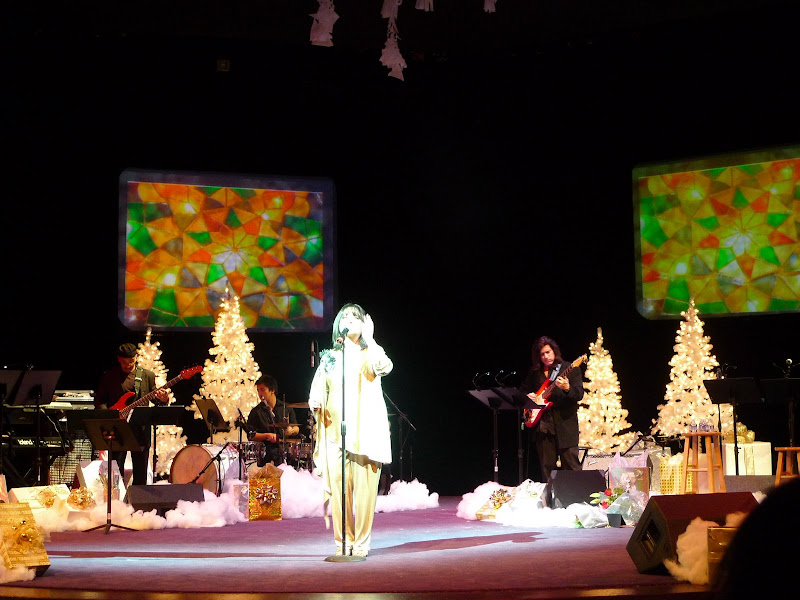 An encore number...and the people were clamoring for me.

If you missed this concert, be sure to catch her next time. Our grateful thanks to Katz Entertainment for producing this show. We are looking forward to another one in the Spring or summer, or winter...next year!
Posted by yolanda at 01:53